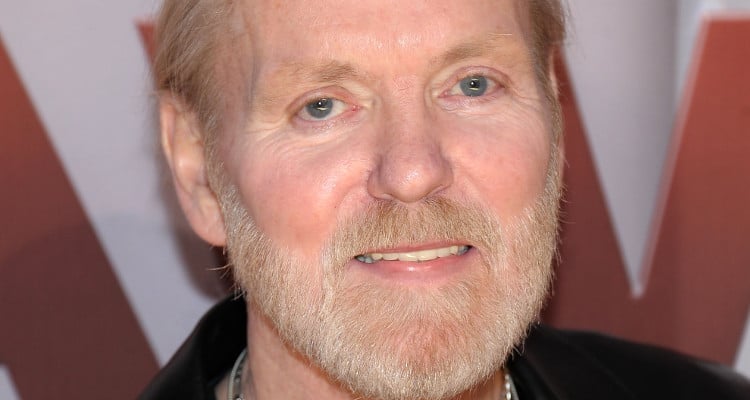 Gregg Allman, lead singer of The Allman Brothers Band, passed away on May 27, 2017. Besides having a thriving career, he was also famous for his many marriages. How did Gregg Allman die? We have this information and more, right here in our Gregg Allman wiki!

Born Gregory LeNoir Allman on December 8, 1947 in Nashville, Tennessee, Allman spent his youth there before moving to Daytona Beach, Florida. His parents were Geraldine Robbins Allman and Willis Turner Allman. The victim of a carjacking gone wrong, Allman’s father was killed in 1949 when the singer was only two years old. To support her family, his mother enrolled herself in college to become a Certified Public Accountant.

While growing up, Allman was into music; he even worked all summer as a paperboy to buy his first guitar. He and his older brother, Duane Allman, started The Shufflers in 1963. Two years later, Allman graduated from Seabreeze High School, and started pursing music full time.

Gregg at his induction into the Georgia Music Hall of Fame. #tweet

In 1969, Gregg and Duane Allman started The Allman Brothers Band. Gregg focused on vocals and keyboards, while Duane and Dickey Betts played guitar. Other members of the group included Jaimoe Johanson on drums, Butch Trucks (the group’s original drummer), and Berry Oakley on bass. That same year, the band released their self-titled debut album. Although album sales were not that great, The Allman Brothers Band received critical acclaim.

The Allman Brothers Band delivered several hit songs and continued touring throughout the decades. In 1995, they were inducted into the Rock & Roll Hall of Fame. In 2003, the band released their 12th and final studio album, Hittin’ the Note.

In 1973, Allman released his first solo album, Laid Back, which received a positive response from audiences. As a solo artist, Gregg Allman released albums like, Playin’ Up a Storm, Just Before the Bullets Fly, I’m No Angel, Low Country Blues, and Searching for Simplicity. At the time of his death, Gregg Allman’s net worth was estimated to be $18.0 million.

Photo by Ian Rawn. Follow Ian on Instagram @playindeadphoto Read about Ian shooting Gregg live over the past decade https://www.greggallman.com/photographer-spotlight-ian-rawn/

Besides his distinctive voice, Gregg Allman was known for his seven marriages. (That’s right, seven!) In 1971, he married Shelley Kay Winters with whom he has a son named Devon Allman, who is the lead singer of Honeytribe.

Allman’s second marriage was to Janice Blair in 1973. Their marriage was short-lived, and the couple headed for splitsville in 1974. Gregg Allman’s most famous wife was Cher. The couple got married in 1975, but divorced in 1979. It was reported that Cher could not handle Allman’s heroin and alcohol addictions. The couple had one son, Elijah Blue Allman, the lead singer of Deadsy.

His fourth marriage was to Julie Bindas. At the time, Allman was 32 and she was only 20. The couple had one daughter together named Delilah Island Allman, before divorcing in 1984.

Then, in 1989, the singer married Danielle Galliano. They were married for six years, at which time he fathered Layla Brooklyn Allman with radio journalist, Shelby Blackburn. His sixth marriage was in 2001 to Stacey Fountain, whom he divorced in 2004. Allman also had a son, Michael Sean Allman, with a former waitress named Mary Lynn Green, when he was 19. At the age of 64, he got engaged to Shannon Williams, whom he was married to until his death.

Gregg Allman’s brother, Duane, passed away after a motorcycle accident in Macon, Georgia in 1971.

Gregg Allman’s Cause of Death

Gregory LeNoir Allman December 8, 1947 – May 27, 2017 It is with deep sadness we announce that Gregg Allman, a founding member of The Allman Brothers Band, passed away peacefully at his home in Savannah, Georgia. Gregg struggled with many health issues over the past several years. During that time, Gregg considered being on the road playing music with his brothers and solo band for his beloved fans, essential medicine for his soul. Playing music lifted him up and kept him going during the toughest of times. Gregg’s long time manager and close friend, Michael Lehman said, “I have lost a dear friend and the world has lost a brilliant pioneer in music. He was a kind and gentle soul with the best laugh I ever heard. His love for his family and bandmates was passionate as was the love he had for his extraordinary fans. Gregg was an incredible partner and an even better friend. We will all miss him.” Gregg is survived by his wife, Shannon Allman, his children, Devon, Elijah Blue, Delilah Island Kurtom and Layla Brooklyn Allman; 3 grandchildren, his niece, Galadrielle Allman, lifelong friend Chank Middleton, and a large extended family. The family will release a statement soon, but for now ask for privacy during this very difficult time. Photo by @patriciaodriscollphotography #tweet

Allman’s health had not been good for quite some time. In 2007, he was diagnosed with Hepatitis C from a dirty tattoo needle, which he said, “was laying dormant for awhile and just kind of crept up on me. I was worn out. I had to sleep 10 or 11 hours a day to two or three [hours].”

On May 27, 2017, Gregg Allman passed away from liver cancer complications at his home in Savannah, Georgia. He was 69 years old at the time of his death.