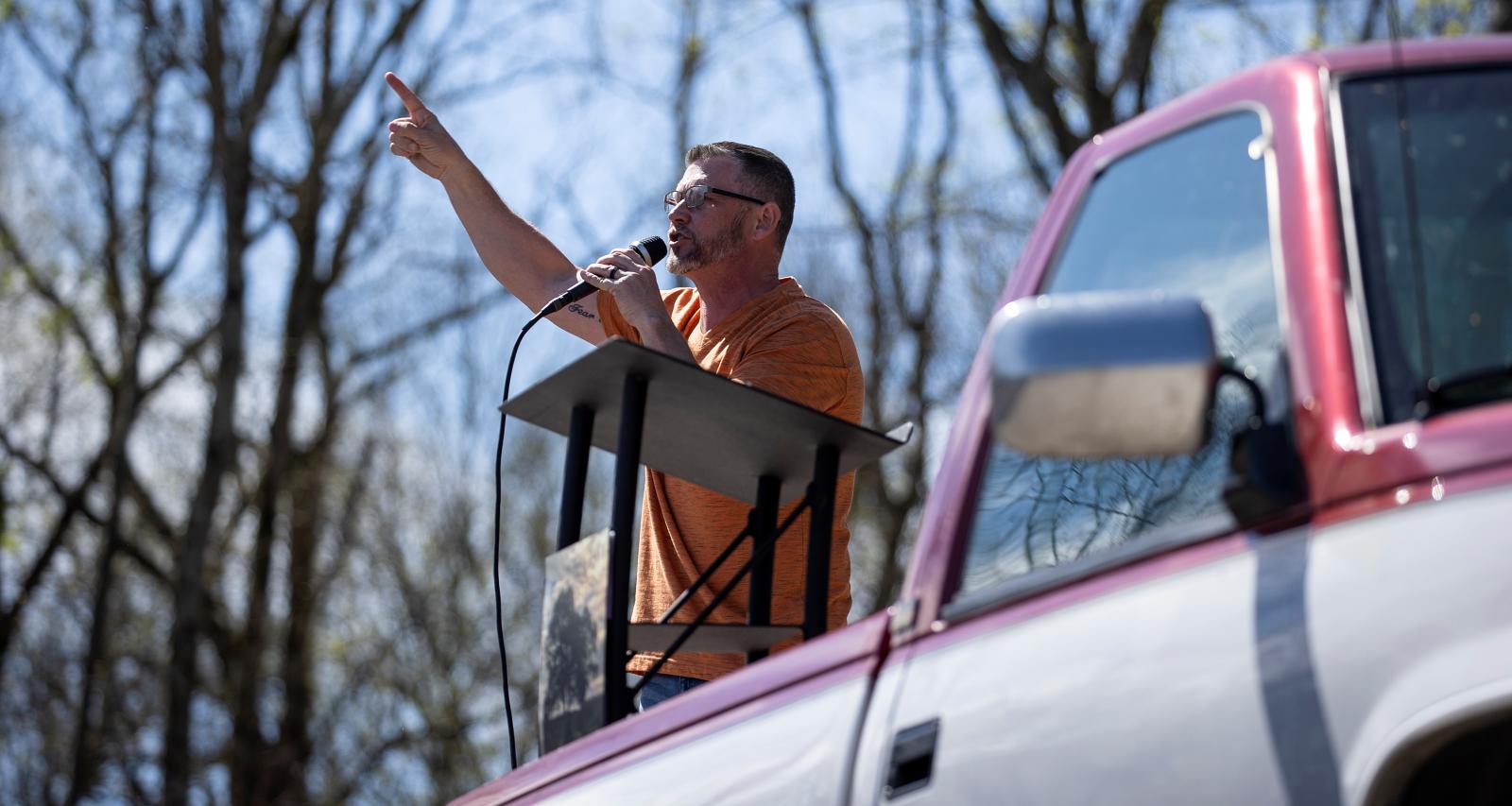 Pastor Greg Locke has become a household name in recent years when it comes to controversy in social media. His church, Global Vision Bible Church, has also been in the news due to the growing division among members with the current global COVID-19 pandemic. While the mainstream media has brought accusations to the forefront, Locke’s church members and social media followers have been growing. We take a look at who Pastor Locke really is in this Greg Locke wiki.

Who Is Pastor Greg Locke?

Greg Locke was born Gregory Duane Locke on May 18, 1976, in Nashville, Tennessee. His parents are Judy Lynelle Sumner and Steve Locke. He has one brother, Brian Locke.

Diving into Pastor Greg Locke’s biography shows that during his childhood, his father Steve was incarcerated at Riverbend Maximum Security Institution, a Tennessee state penitentiary, for years on drug and armed robbery charges. His mother remarried when Greg was five years old. He didn’t have a good relationship with his stepfather.

Greg was in and out of trouble with the law, being arrested several times. At the age of 15, he was sent to the boys’ school Good Shepherd Children’s Home in Murfreesboro, Tennessee. It was at this boys’ school Greg found Christianity.

He specifically followed his grandparents’ faith of Baptist Christianity, and made his first sermon at the age of 16 years. Later in life, Greg became a board member of the Good Shepherd Children’s Home from 2003 to 2006.

His personal life has had many changes, as he married his first wife Melissa Kay Biggers in April 1971. They had four children, three boys and one girl. They later divorced in 2017 before Greg Locke married current wife Taisha Cowan McGee in August 2018. Greg and Taisha Locke have adopted two children since they tied the knot.

Greg Locke followed his new faith by earning a bachelor’s degree in biblical studies from Ambassador Baptist College in North Carolina in 1998. Two years later, he graduated from Rhode Island’s Baptist Theological School of New England with his master’s degree in revival history.

He furthered his education at the same college with a doctor of divinity degree in 2004.

During and following his schooling, Locke spent 10 years as an evangelist under his own ministry, Greg Locke Ministries, traveling to more than 48 states and 16 countries, according to Dreshare.com. In 2004, he reportedly founded and became president of the Hudson Bible College in Benin City, Nigeria.

According to his LinkedIn, in November 2006, Locke then founded the Global Vision Bible Church, first known as Global Vision Baptist Church. The church’s mission is to reach out to those broken, hurting, and vulnerable. Locke continues to be the lead pastor of the Mount Juliet-based church.

Over his career as an evangelical pastor, Locke has served on various committees, including an advisory committee for evangelicals under the Trump administration. He also has been a chaplain with the Rutherford County Sheriff’s Department since 2004 and hosts the Fire for the Future Conference, Prabook reports.

Locke has expanded his media roots through radio programs and several books. His early life and faith awakening were portrayed in Unshackled, a radio program. Now he hosts a weekly radio program entitled The Windows of Heaven.

In 2005, his first book, Blinded by Benny, was published. He decided to start his own media company, LockeMedia, in 2020. This Means War: We Will Not Surrender Through Silence was published October 2020 and his latest book, Weapons of Our Warfare, Unleashing the Power of the Armor of God, was published in June 2021.

Locke’s outspoken personality drew international fame in April 2016 with a vlog criticizing the retail giant Target for offering gender-neutral washrooms in its stores. This opened the door to online support and opposition as the media began investigating his church and personal values.

The Global Vision Bible Church preachers, including Locke, do not allow COVID-19 protection measures such as masks and social distancing within the buildings or congregation outdoor tents. They also preach that no church members should receive any type of vaccination against the global pandemic virus.

As the founder of the church in Tennessee and the Nigerian college, Locke has built his livelihood to a reported $129.0 million. This figure also takes into consideration seminars, conferences, workshops, his recent line of women and men’s clothing and a line of juice shakers.