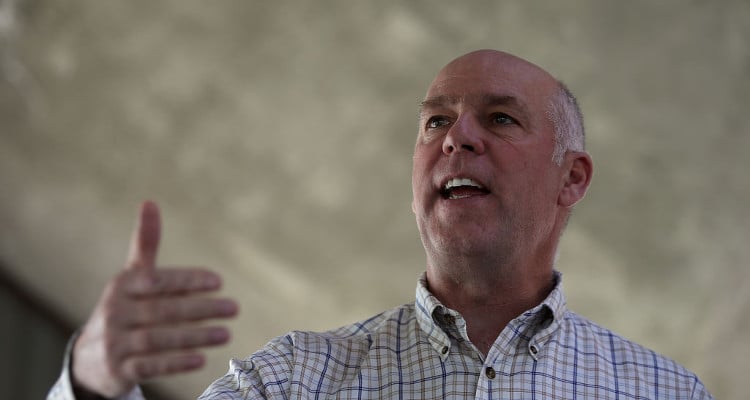 Montana is getting ready for the congressional elections today, but last night saw a twist. GOP candidate, Greg Gianforte, has been charged with assaulting a reporter. Did Greg Gianforte body slam a journalist? Here’s what happened.

The race for Montana’s congressional seat took an unexpected turn just a day before the elections. Greg Gianforte is the Republican candidate, whose opponent is country musician-turned-Democratic candidate, Rob Quist. The race is expected to be a close one, but the unexpected incident could change it. Greg Gianforte has been charged with assaulting a journalist. We have more about the incident right here in our Greg Gianforte wiki.

Gianforte co-founded a software company called Brightwork Development Inc., in 1986. He and his partners sold the company to McAfee Associates in 1994 for $10.0 million. He later founded the RightNow Technologies in 1997, which employed around 1000 people. The company went public in 2004 and was sold to Oracle Corporation for a whopping $1.5 billion in 2011.

The businessman-turned-politician’s net worth hasn’t been calculated, but it is estimated to be very large. The Oracle deal guaranteed a large sum of money and analysts claim that it increased Gianforte’s net worth to well over $1.0 billion. His 2016 income was reportedly between $2.0 million and $15.0 million, and his assets are valued between $65.0 million and $135.0 million.

His Wife Runs the Family’s Foundation

The GOP candidate is married to Susan Gianforte, a New York native of German descent. She has degrees in mechanical engineering from Cornell and UC Berkeley, as well as an MBA from New York University. They met while working together at AT&T Bell Laboratories and left to start a company of their own. She continued to work after they married, but became a stay at home mom after the birth of their third child.

The couple have three sons and a daughter. One of their sons married in 2014, and their daughter is a student at Stanford. Greg and his sons love hunting and the 56-year-old shares their hunting trips on Twitter.

In addition to taking care of their four kids, Susan manages the finances of the Gianforte Foundation. The foundation supports faith-based organizations and organizations that improve education, create jobs, and other essentials for the community of Bozeman, Montana.

David and I on a father son hike to the "M" today for Father's Day. pic.twitter.com/kTGaYw904o

On the eve of the election in Montana, Ben Jacobs, a political reporter for The Guardian, tweeted that Greg Gianforte “body slammed” him and broke his glasses. The Guardian and Fox news reporters gave their accounts on what happened.

Greg Gianforte just body slammed me and broke my glasses

Three Fox personnel were at Gianforte’s campaign volunteer barbecue when Jacobs entered the venue. Holding a voice recorder in front of the Republican candidate’s face, he began asking about Gianforte’s opinion on the newly released Congressional Budget Office report on the American Health Care Act. Gianforte told him he’d get to him later, but Jacobs persisted.

The republican then told the reporter to speak to his press guy, Shane Scanlon, and reportedly grabbed Jacobs by his neck and body slammed him to the ground. “Faith, Keith and I watched in disbelief as Gianforte then began punching the reporter. As Gianforte moved on top of Jacobs, he began yelling something to the effect of, ‘I’m sick and tired of this!'” said the Fox eyewitness account.

The Guardian released a video containing the audio of the incident, where the altercation can be heard. The Fox reporter wrote, “At no point did any of us who witnessed this assault see Jacobs show any form of physical aggression toward Gianforte, who left the area after giving statements to local sheriff’s deputies.”

Shane Scanlon released a statement on behalf of Gianforte refuting The Guardian and Fox journalists’ claims, giving his own version of the incident. Scanlon claimed that Jacobs “entered the [campaign] office without permission, aggressively shoved a recorder in Greg’s face, and began asking badgering questions.”

He then added,  “After asking Jacobs to lower the recorder, Jacobs declined. Greg then attempted to grab the phone that was pushed in his face. Jacobs grabbed Greg’s wrist, and spun away from Greg, pushing them both to the ground. It’s unfortunate that this aggressive behavior from a liberal journalist created this scene at our campaign volunteer BBQ.”

The statement by Scanlon contradicts the audio of the altercation. Ben Jacobs had previously reported on Greg Gianforte’s financial ties to two Russian companies sanctioned by the U.S. Gianforte has been charged with assault by the local authorities. If found guilty, he could be facing up to six months in jail and possibly receive a fine of $500.