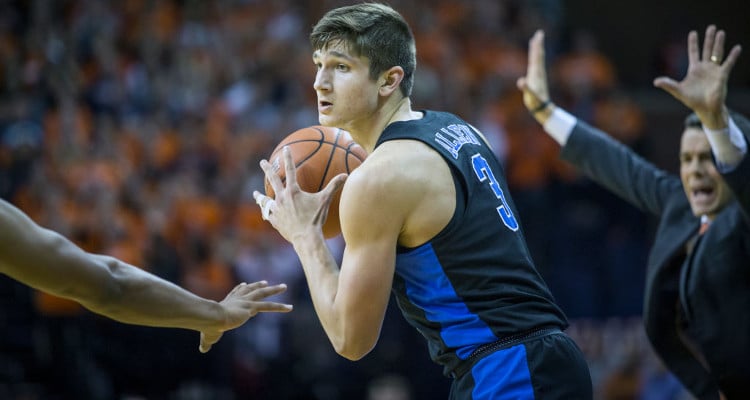 Grayson Allen has quickly become one of basketball’s most hated bad boys, after the 21-year-old intentionally tripped other players multiple times. Here are 10 funny Grayson Allen memes that will have you rolling in laughter.

Basketball has a new villain and fans love to hate on him. Duke’s Grayson Allen has a record three tripping incidents in one calendar year. His actions have caused a stir among spectators and most recently, Allen was mercilessly booed by Syracuse fans during a game at the Carrier Dome. The shooting guard’s questionable behavior over the past year have resulted in a lot of backlash and fans were even seen holding up signs that read, “Duke’s Tripping They Can’t Win Here,” and “50 Trips of Gray.” Allen became notorious for his public meltdown on the bench, after he was caught tripping another player, resulting in social media trolls having a field day with his child-like temper tantrum. Die-hard basketball fans have trolled Grayson Allen on Twitter and made funny NBA memes. Check out these five Grayson Allen memes that will have you in fits of laughter!

#1. Grayson Allen’s Public Bench Meltdown is Every Student after Checking Their Grades

Grayson Allen's reaction to this tech is the same reaction every college student had after checking their grades ?

#3. If Grayson Allen Were a Cat

The Grayson Allen of cats: pic.twitter.com/E5ptFAr9h4 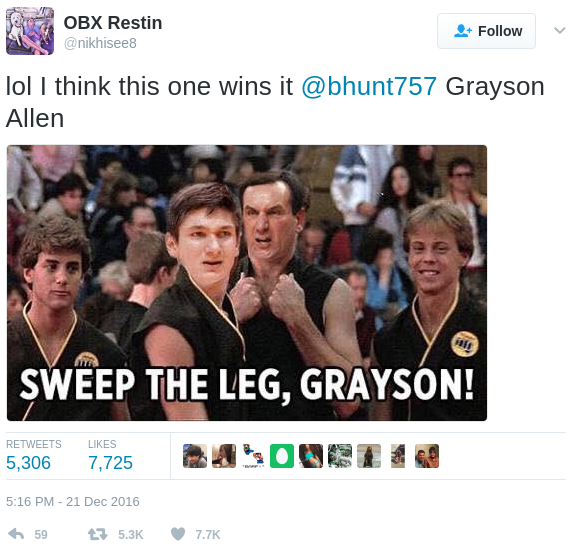 #5. Even CBS Sports Jumped on the Bandwagon!

#6. Trolls Had a Field after Spotting Grayson Allen’s Uncanny Resemblance to Ted Cruz 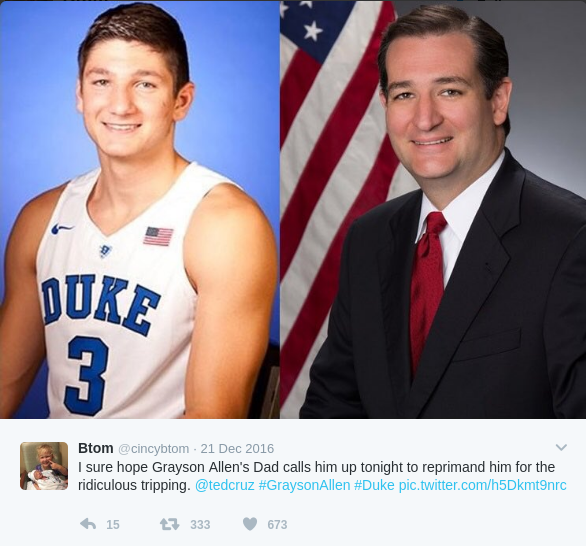 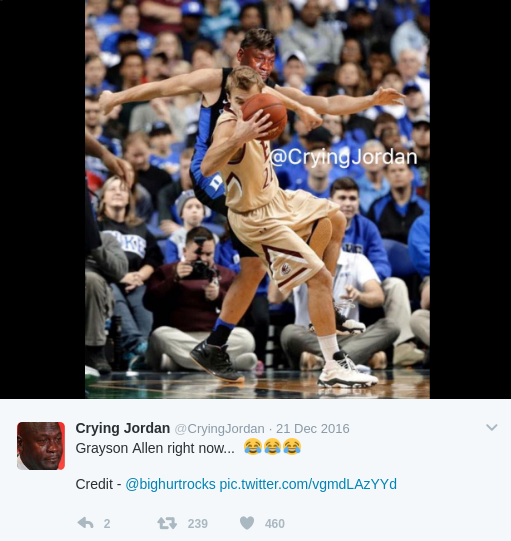 #8. Grayson Allen Trying to Get His Draft Stock Back!

#9. Grayson Allen is the Draymond Green of College Basketball

When your mom gets you the wrong color Mercedes at your Super Sweet 16https://t.co/lWS2R0B8pn