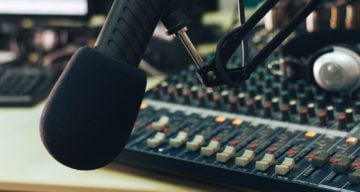 Grant Random is the polarizing but entertaining on-air personality SiriusXM listeners have followed for two decades. But the radio host is now leaving Octane and possibly stepping back from radio. While he did have his fair share of haters, his listeners were entertained by his in-your-face wit and humor. That’s why they have a lot of questions about Grant Random leaving Octane. They especially want to know where he is going next or if he has a new project in the works. Some even wonder if it’s an April Fool’s joke. The longtime radio host did hint at something new on the way.

Grant Random, who graduated from Columbia College Chicago and Georgetown, started his radio career in 1999. He first began at Q101 in Chicago before coming to New York.

He’s been an on-air personality on SiriusXM since 2001. He even had a short stint at DC101 in Washington, D.C., during his time with the satellite radio service.

Random’s style has been polarizing to listeners for two decades. He’s often trolled for it, and he has responded with his trademark humor often.

In January, Random shared one of his troll’s posts on his official social media. The hater was provoking SiriusXM into getting rid of Random, and the radio host himself hinted at that post coming true.

On March 30, the contentious radio host posted on his Twitter and other profiles that his final broadcast on Octane will be on March 31, from 6:00 a.m. to noon ET.

His fans were disappointed that he will no longer be part of SiriusXM. Some even question if this is an April Fool’s joke. Most want to know where Grant Random is going next.

The smart-talking host might be leaving a decades-long career in radio behind for the podcasting platform. His social media bios now read “Podcaster (soon),” hinting that he might be launching his show soon.

Keep a keen eye on Random’s social media to find out about his new venture. And don’t miss his final broadcast on SiriusXM.