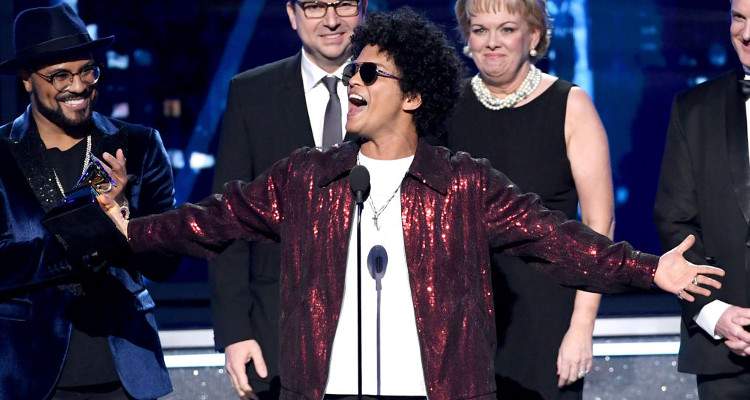 The Grammy Awards 2018 just declared the Record of the Year winner! Bruno Mars’ album, 24K Magic, won Record of the Year! It’s no surprise that Mars is the big winner and is snagging Grammy night’s highest honors!

With 75 Grammy Awards already given out, there’s only one honor left. And, it’s the most anticipated Grammy Award: the Record of the Year!

If you’re watching the Grammys live, you’re sure to see the biggest names in music at Madison Square Garden. They are anxiously waiting to see who will receive the Grammy in this category of heavyweight nominees!

So, who took home the Grammys’ Record of the Year 2018 Award? It’s Bruno Mars again!

Mars won in four categories, and now another one! Bruno Mars is the Grammy winner for Record of the Year after defeating odds-on favorites like Lamar and Jay-Z.

Like the singer once said, he has only scratched the surface.

Mars already won the Grammy Awards for Best R&B Performance, Best R&B Song, and Song of the Year for his latest commercial hit, “That’s What I Like,” as well as Best R&B Album for 24K Magic.

Bruno Mars’ 24K Magic is now Record of the Year. And who knows, he could be winning Album of the Year next!