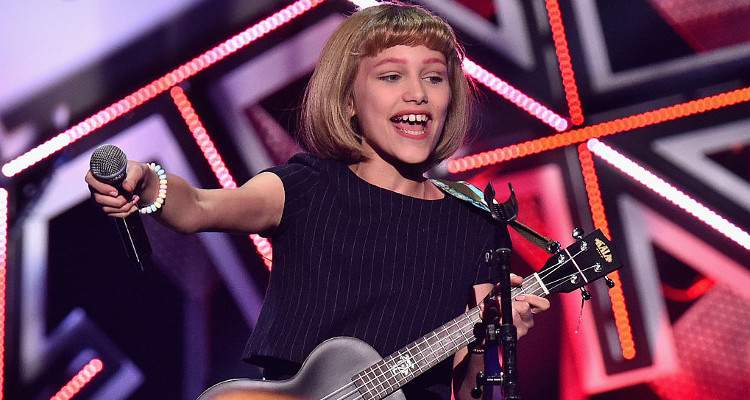 It’s been more than a year since Grace VanderWaal sang her way to the top and won the America’s Got Talent competition in September 2016. Since then, VanderWaal has become a social media phenomenon, released an EP, and a full-length album, which she’s performed at iconic venues like Madison Square Garden. And, the young superstar is just warming up!

It’s been a while since the cute little singer from Suffern, New York, sang her way into the hearts of millions who watched the American reality television music competition, America’s Got Talent (AGT) on ABC in 2016. Grace VanderWaal’s age was just 12 years old when she won the top prize on AGT with the strength of her original songs, yet she sang and performed with the skill of a veteran.

It rained bouquets and praises for the little girl as the whole country went nuts for this talented young star. But what has VanderWaal been doing since then?

On the occasion of Grace VanderWaal’s birthday on January 15, let’s have a look at what the singing sensation has been up to since those giddy days when she wowed everybody and won the AGT competition.

Grace VanderWaal used part of her AGT winnings to donate to charity and bought two tree houses built by Treehouse Masters for herself and her sister.

The young star appeared as a guest on shows like The Ellen DeGeneres Show and The Tonight Show Starring Jimmy Fallon in September 2016. And, she headlined four sold-out shows at Planet Hollywood Resort & Casino in Las Vegas in October 2016.

Ah feels so good to finally be back home

VanderWaal released her first EP titled Perfectly Imperfect with the Columbia Records label in December 2016, barely four months after winning the top prize on AGT season 11. It featured all four original songs from her stint on AGT and another original song titled “Gossip Girl.”

Since then, VanderWaal has performed at many special events and venues as she belted out one original song after another while playing her cool ukelele. She performed at halftime during a New York Knicks game at Madison Square Garden in New York City and on NBC’s Today show, as well as The Wendy Williams Show, CBS’ The Talk, and at Z100 Jingle Ball Tour 2016 stop at Madison Square Garden.

Did you check out my performance at the @todayshow this morning?

In 2017, VanderWaal also performed on top of the Empire State Building for engaged couples on Valentine’s Day and at WE Day at Allstate Arena in Illinois.

On November 3, 2017, VanderWaal released her eagerly-awaited full-length album titled Just the Beginning. It debuted on the Billboard 200 album chart at No. 22, and she embarked on her first solo concert tour on November 5, 2017.

Grace VanderWaal’s “Moonlight,” “So Much More Than This,” “Escape My Mind,” and “Sick of Being Told” caught the fancy of the listeners and have become hits, thrusting her to the path of stardom—and we believe she’s well on her way to the top!

Thank you @billboard for one of the best night of my life. #repost

It’s hasn’t even been two years since Grace VanderWaal won the AGT top prize, but she has already become a singing icon and a social media craze. And, it looks like VanderWaal has just begun! Do yourself a favor and go check out her new music now!