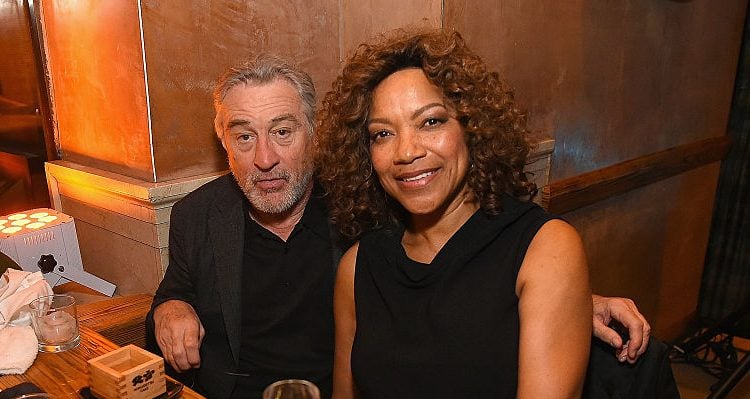 Actor Robert De Niro unleashed an expletive-laced rant at the National Board of Review Awards, criticizing President Donald Trump. He referred to the president as the “jerk-off in chief,” and used the F-word multiple times to describe him. The news has led people to wonder who Robert De Niro’s wife is. All you need to know is in our Grace Hightower wiki.

Grace Hightower, age 62,  is a philanthropist and has been married to the two-time Oscar winner since 1997. She works with active charitable causes in New York and around the world, and she acted in small roles in Precious (2009) and The Paperboy (2012).

Hightower was born in Kilmichael, Mississippi on April 17, 1955, and grew up in a low-income family with 10 siblings. She worked off jobs to support her family when she was old enough to work.

“My Mother and Father were very influential in my life, instilling in me the importance of so many things. But it was my father who truly impressed upon me the importance of working hard and the concept of do unto others as you would have done to you. He also always said to me, ‘Never to go to bed without paying your debts,’” Hightower said about her relationship with her parents.

Hightower worked as a flight attendant for Trans World Airlines, aspiring to travel and learn more about the world. She moved to Paris and learned French. Then she moved to London and worked as a mutual fund trader and restaurant worker.

According to sources, Grace Hightower’s net worth is currently estimated at $16.0 million.

Hightower is also the founder of a Rwandan coffee company that believes in direct sourcing, fair trade, and ethical practices.

You can see Grace Hightower’s pics of her company on the company’s Instagram (@coffeeofgrace).

While working at an upscale London Chinese restaurant in 1987, Hightower met and began a relationship with Robert De Niro. She didn’t realize that he was a celebrity until she told a co-worker about him.

Ten years later, the couple got married. Hightower was 42 when she gave birth to their first child.

Grace Hightower once described their early relationship by saying, “It was an ease-in. It wasn’t a whirlwind.”

Grace is so honored to be a part of this year's Ernesto Illy International Award! An initiative which celebrates and recognizes top quality coffee growers, supports improvements in coffee sustainability and emphasizes the importance of working together with the coffee growers. @illy_coffee

Unfortunately, the ease of their dating life fizzled out as they got married. The early years of their marriage were constantly seen in tabloids, especially after De Niro filed for divorce in 1999.

Just a year after the birth of their first child, De Niro tried to call it quits. The couple signed a custody agreement in 2001, stating that he could only visit his son three times a week.

During this battle, Hightower accused him of drug and alcohol use, while De Niro accused her of fracturing one of his ribs. The divorce was never officially filed, and the couple made things work.

In 2004, De Niro and Hightower renewed their vows. Several celebrities were reported to attend the event.

The couple inspired awareness for autism, as they made an official statement that their son had the condition.

To celebrate all the wonderful mothers out there, we are offering 20% off all online orders made through May 8th. Click the link in our profile to visit our website and make sure to enter promo code MOM16 at checkout. #happymothersday #mom #giftsformom #may8th #sunday #coffee #coffeeofgrace #Rwanda

De Niro said, “Grace and I have a child with autism and we believe it is critical that all of the issues surrounding the causes of autism be openly discussed and examined. In the 15 years since the Tribeca Film Festival was founded, I have never asked for a film to be screened or gotten involved in the programming.”

“However, this is very personal to me and my family and I want there to be a discussion, which is why we will be screening VAXXED. I am not personally endorsing the film, nor am I anti-vaccination; I am only providing the opportunity for a conversation around the issue,” the actor added.