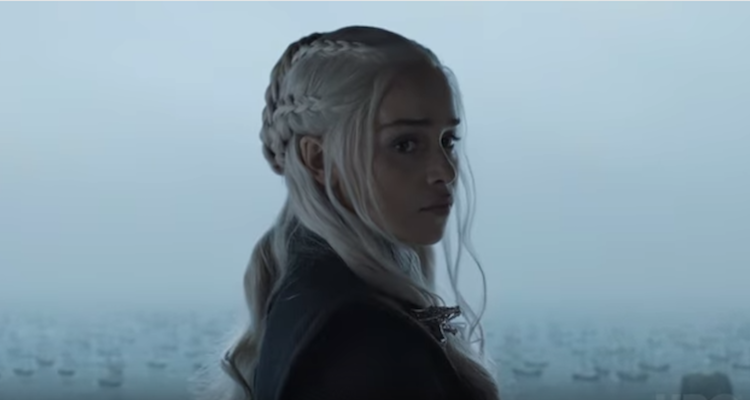 The Game of Thrones season 7 premiere broke HBO rating records and we’re not the least bit surprised! While it may have been a slow start for some, many more were just relieved to have their favorite show back on the air, especially since it’s almost over. Before the idea of a spinoff can even be thought of, fans just want to enjoy the remaining characters and see what’s next for them. And even though GOT was snubbed for nominations by the 2017 Emmys—allowing another show to be crowned the winner in its place—fans know that it’s still one of the best shows on TV.

As vague as that sounds, it actually says a lot, especially if you saw the trailer for the second episode, titled “Stormborn.” There are only seven episodes this season, instead of the usual 10, and fans will have to savor each one before moving on to the next.

If you want to watch past episodes of your favorite show (or stream the newest ones), then you can head over to the HBO website and stream the newest episodes after they air on Sundays at 9:00 p.m. EST. After six seasons, we can’t blame you for needing a recap of every major plot point that has happened up to this point. The show can get confusing to say the least!

If you lost your mind after seeing the trailer for “Stormborn,” then you’re not alone, because s***t is about to go down! Sorry, but we had to swear, because things are ramping up fast and, as the title suggests, a storm is coming and winter is here! Queen Daenerys Targaryen, Mother of Dragons, is coming for her throne and she’s brought two armies (Dothraki and Ironborn) with her! She’s assembled a war council including Olenna, Tyrion, Varys, Theon, Elleria, Grey Worm, Missandei, and Yara. They will be discussing the best strategy to take back King’s Landing from Cersei, whose paranoia had her raise an army of her own. Remember when we said a stolen crown needs more effort to be kept? Well, that’s what Cersei intends to do, even though the Lannister dynasty is dead, just like Jaime reminded his sister. But Cersei has made it clear that being queen is her endgame, despite the loss of her children.

Sansa, to her surprise, is left in charge of Winterfell, while Jon sets out to mine dragonglass. Littlefinger will be sowing his seeds of distrust (and getting choked by Jon) in Sansa’s head, but he’s on borrowed time and Sansa eventually figures out she’s being played, but not for a while. But expect Arya to make her way to the North after learning about Jon, which means a Stark family reunion. And towards the end, there’s an epic ship battle with plenty of captives and deaths.