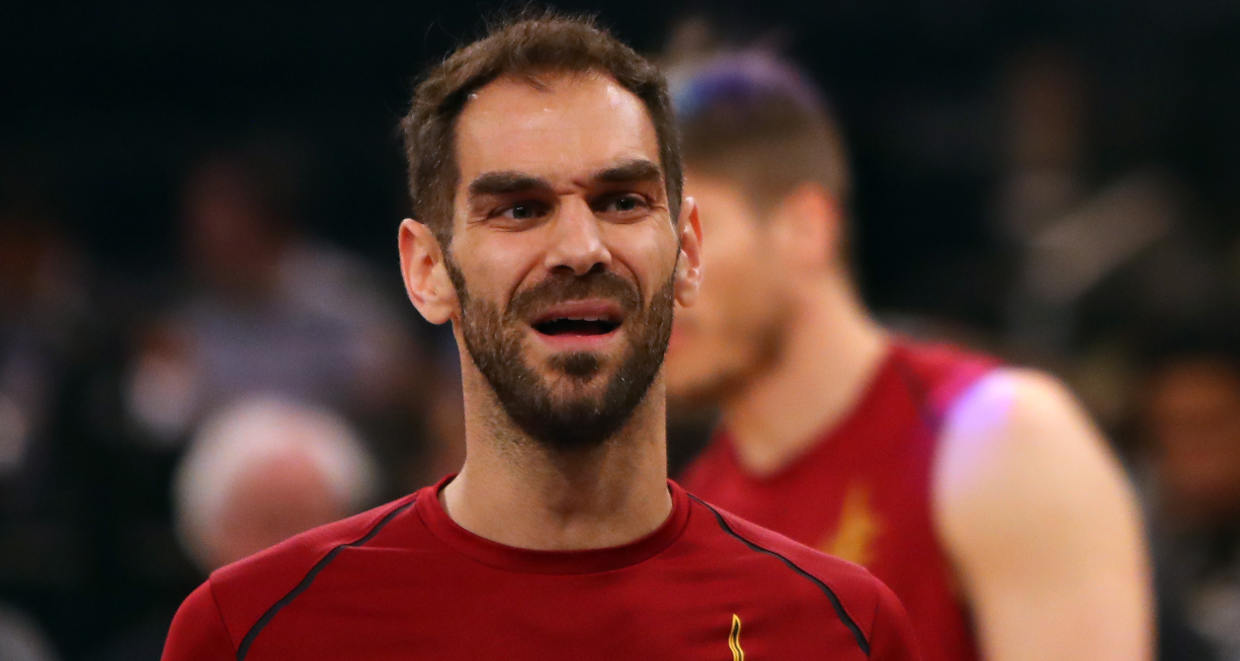 Jose Calderon #81 of the Cleveland Cavaliers looks on during warm ups before the game against the New York Knicks at Madison Square Garden on April 9, 2018 in New York City. Credits: MikeLawrie/GettyImages

According to Google, basketball player José Calderón’s net worth is a mind-blowing $2.2 billion! But there’s another José Calderón, who is the heir to FEMSA (a Mexican company which has taken over 51% of the bottling operations for Coca-Cola beverages).

However, the Spanish NBA player has nothing to do with FEMSA’s billions!

Would the Real José Calderon Billionaire Please Stand Up?

The whole world is open-jawed about basketball player José Calderón’s net worth. So, we did some digging around and found that the massive figure Google projected was completely off.

José Calderón is currently a point-guard for the Cleveland Cavaliers. Even though an NBA job can seem to earn you some great money, it’s not a possibility that he is a billionaire through the game.

The richest basketball player in 2018 is Stephen Curry, and his estimated net worth is about $35.0 million! So, how can Calderón become that rich overnight?

Well, it’s a mistake. More like an identity mix-up!

However, the other José Calderón, who is the heir to Mexican organization FEMSA, is actually worth $2.2 billion combined with his brother Francisco José Calderón’s net worth.

While it could be a common mistake to get confused between two people who have the same name, is it valid for a search engine to make the same mistake?

Forbes.com updated FEMSA heirs José and Francisco José Calderón’s net worth in February 2018. The website clearly mentions both names on top, with a small description of the nature of their jobs as well.

The confusion has not been rectified yet, and Google still is displaying the same amount as the basketball player’s net worth. Forbes, however, is in the clear for providing the businessman’s net worth correctly.

How Much Is José Calderón in the NBA Worth?

Cavaliers point guard José Calderón’s estimated net worth is $25.0 million. However, some sources report that it could be as high as $48.0 million.

The 36-year-old co-owns an organic pig farm with his wife, Ana.

In 2007, the big-hearted player donated $14,000 to the Right To Play charity program. He said that he would give $1,000 for every assist against the Chicago Bulls.

Twitter is abuzz with the net worth news, and people’s reactions differ! While some are surprised that the NBA star is that rich, many are explaining to others that it was an error.

Here are some of the comments the Twitterverse is dealing with:

Wait why is Jose Calderon so rich?

I so wanted a billionaire to be the Cavs backup guard, but it's a different Jose Calderon https://t.co/5603Bjoqja

Jose Calderon is richer than LeBron?

There’s another Jose Calderon that google confused him with.

Now that it has become clear that it was, in fact, another José Calderón whose net worth is $2.2 billion, fans can all get back to their lives!

However, the small mix-up has become a trending topic across borders. So, Google needs to put the rumors to rest fast!