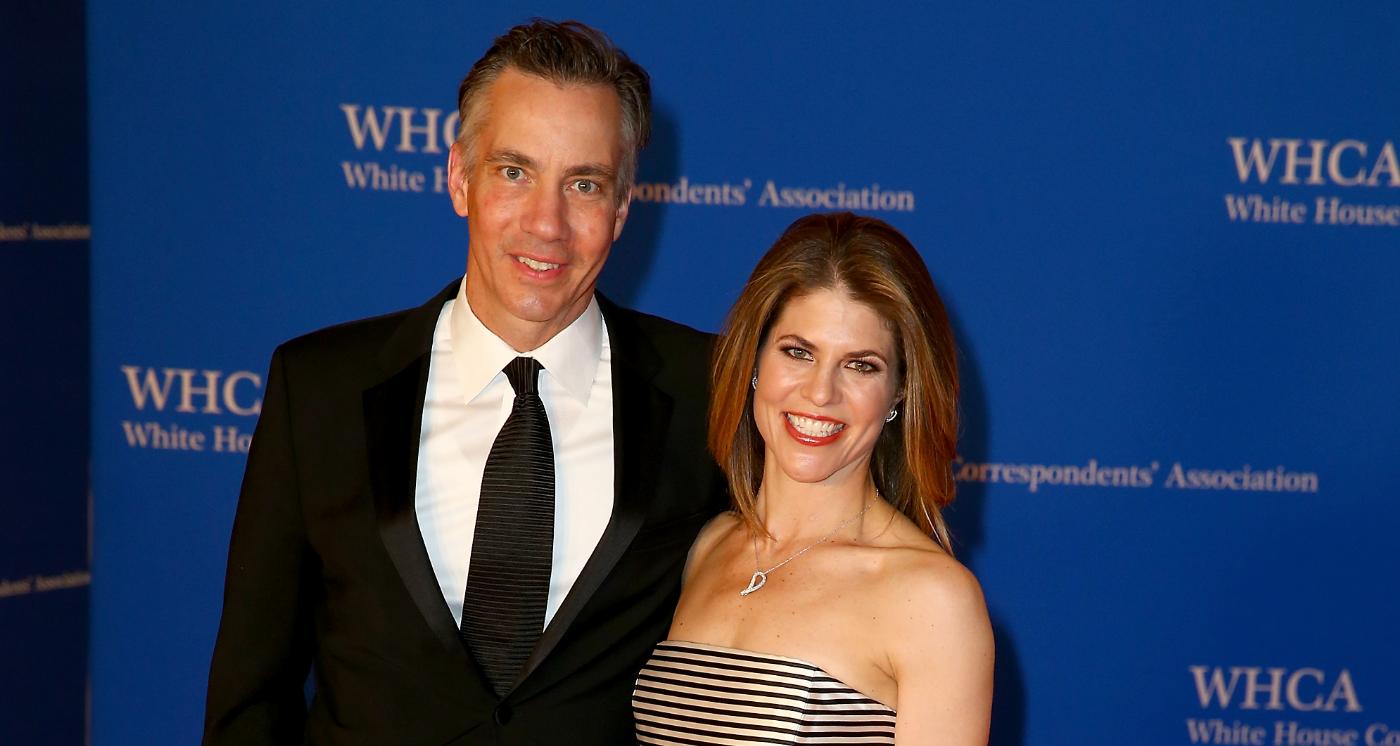 CNN’s outstanding national security correspondent Jim Sciutto is one of the many people giving a deep analysis of Trump’s decision to withdraw U.S. troops from Syria. But it’s not uncommon for Sciutto to spark a debate. Married to ABC News correspondent Gloria Riviera, Sciutto and his wife are both stellar journalists. Our Gloria Riviera wiki elaborates on the accomplishments and family life of Jim Sciutto’s wife.

Gloria Riviera, 44, graduated from New Hampshire’s Phillips Exeter Academy and attended Princeton University, where she played varsity ice hockey. After graduating with a bachelor’s degree in English literature, she acquired a masters in journalism from New York University.

She previously worked for BBC News before joining ABC News in 1999. After assisting other reporters, she got her break in 2004. Riviera took up residence in New York, where she was ABC’s NewsOne correspondent.

She would later move to London with her husband, Jim Sciutto, in 2006. Sciutto previously worked in ABC News’ London bureau with Riviera.

After five years in London, the couple and their kids moved to Beijing, China. While Sciutto served as chief of staff to the former U.S. Ambassador to China, Gary Locke, Riviera was the ABC News Asia correspondent.

Sciutto then got a job at CNN in Washington D.C., but she and the kids remained in Beijing so she could continue her ground-breaking reporting in Asia. For a while, they continued a cross-continent commute between Washington and Beijing. After a year, she and their kids moved to D.C. where she worked at ABC News as a national correspondent.

During her long career at ABC News, Riviera has covered major stories for the network that featured on Good Morning America, World News, and Nightline. A 2017 investigative report on underage sex trafficking is one of her biggest stories. Riviera and her Nightline colleagues earned an Emmy nomination in 2017 for their work.

She has been front and center breaking conflict and disaster stories in the Middle East, Europe, and Africa. In 2014, she was one of the lead correspondents on the Sewol Ferry disaster in South Korea and the immediate search efforts for Malaysian Airlines flight MH-370.

She spent nine days in South Korea in the same pair of jeans covering the ferry accident. On several assignments, she has had to rely on handout undergarments distributed by the Salvation Army or Red Cross on disaster sites.

Riviera has covered the U.S. invasion of Iraq, the 2004 presidential campaign, Hurricane Katrina, and more. But it was her coverage of the 9/11 attacks that won her several accolades.

She Comes from a Large Family

Gloria is the daughter of Brooklyn native, Daniel John Riviera, and Charlotte Stevens of Washington state. Her parents separated and her father later remarried.

Riviera has a multicultural heritage on her father’s side. Her paternal grandfather is a Native American immigrant from Mexico, while her paternal grandmother is an Ashkenazi Jew born to Eastern European immigrants. Her father endured racism in his legal career. But, gifted with a genius IQ and a tenacity to work hard, he established his own law firm.

Daniel Riviera was first married to Ruth Staats. After they divorced, he married Gloria’s mother. After they parted ways, he married Lee Harris and was with her until his death in 2016.

Daniel passed away of cancer at the age of 89. He is survived by his five children and even more grandchildren.

In 2002, when Riviera was 28 years old, she married Florida native William Hughes III in a ceremony officiated by then-Ketchum, Idaho Mayor Edward Simon. Hughes worked for an investment firm in New York.

They met in 1998 at a bar in Manhattan’s Lower East Side. Hughes couldn’t give her his number but had faith they’d meet again. Sure enough, they met at a party the following day and were together since then.

Their marriage didn’t last long, however. After their divorce, Riviera married Jim Sciutto in October 2006 in New York.

Sciutto Delivered One of Their Children

Riviera and Sciutto are parents to two boys, Tristan and Caden, and a girl, Sinclair. Sciutto had some life-changing adventures during the births of his sons.

Riviera recalled a scary incident that occurred a couple of weeks before Tristan, their eldest child, was born in 2008. Sciutto was reporting from the war zone in Iraq when his convoy was hit by an rocket-propelled grenade. That incident deterred Sciutto from ever reporting in the midst of a war zone again.

Their youngest son Caden’s birth in 2010 is a story that never gets old. His was an unplanned and unintentional home birth in London.

They were living in London at that time when Riviera went into very rapid labor at their home. There was no time to wait for the paramedics to get her, so Sciutto had to become the OB on call with help from the operator on the phone. The CNN correspondent successfully delivered his son before the EMTs arrived.

“Two other ambulances showed up, so by the end of it, we had 12 polite London EMTs drinking tea,” Sciutto quipped.

Their only daughter, Sinclair, was born in July 2015 and it was fortunately uneventful.

While they were in Beijing with their sons, Tristan and Caden attended a Chinese school they loved. They were immersed in learning Mandarin and experiencing China’s colorful life before they left.

While raising her kids in Beijing and a husband on another continent, Riviera could fulfil her journalistic ambitions with ease. She mostly credits her kids’ “Ayi” (the Chinese equivalent of a nanny) for taking care of her children while she was working.