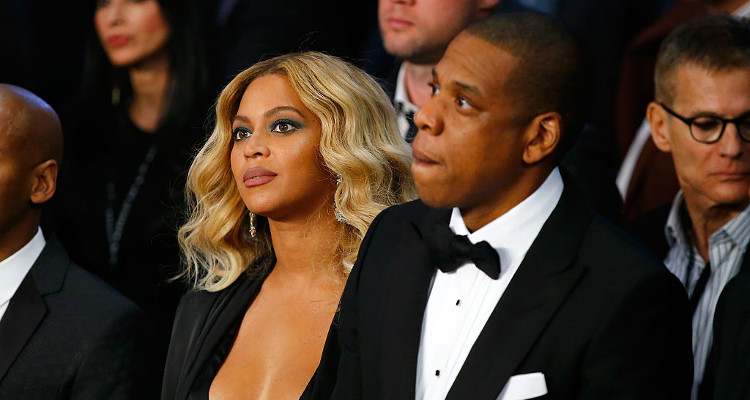 Jay Z dropped his new album, 4:44 and it’s head-turning. The album features guest artists but everyone is more interested in decoding the lyrics. Did Jay Z just out his mother as a lesbian in his album?

Gloria Carter is the famous mom of hip-hop mogul, Shawn “Jay Z” Carter. Only a couple weeks after his wife gave birth to twins comes Jay Z’s latest album 4:44. The album features vocals by Beyoncé, Frank Ocean, Damian Marley, and even Gloria Carter herself. But his fans are decoding his lyrics. Is he apologizing to Beyoncé for cheating? Did he reference his feud with Kanye West? Did he just tell everyone his mom is gay? Jay Z’s mom’s sexuality has been speculated for a long time. Here’s what Jay Z says in his album and more in Gloria Carter’s wiki.

She is a Single Mom

Jay Z is vocal about growing up without a father figure. Gloria Carter, a clerk at an investment firm, has four children with Adnis Reeves. She raised Shawn and his three siblings by herself when Reeves left them for good. At the time, Shawn was 11 and lived in a housing project in Brooklyn with his mother and siblings, Eric, Andrea, and Michelle.

Jay Z has had his ups and downs having left high school and dealing drugs. He used to wake his siblings up in the middle of the night banging drums on the kitchen table. So his mother bought him a boom box for his birthday which sparked his passion for music.

She Manages the Foundation

Jay Z has been active in philanthropy for years and together with his mother, he founded The Shawn Carter Foundation. It may have her son’s name, but Gloria is the heart of the foundation. Through it, she helps eligible students pursue higher education through financial aid.

Since establishing SCF in 2003, the have raised $4.0 million for promoting youth empowerment. They recently partnered with eBay for Charity for a special auction. “It’s important because there’s so many children that need financing to get to where they need to go,” she said. “In partnering with eBay, I’m able to touch a lot of people. The deal that we made gave us the potential to make a lot of money that can really, truly help the underserved. And you know, it’s a great thing because it’s around the time for graduation.”

Shawn credits his mother for the foundation’s efforts and Gloria Carter’s work has been recognized with several honors. Though she heads the foundation, Gloria Carter’s net worth hasn’t been calculated. But she probably has nothing to worry about since her son is a hip-hop cash king with $810.0 million.

Gloria Carter’s sexuality has been speculated for years now. A few years ago, there were reports that claimed she was dating another partner in SCF and they were contributing funds to LGBTQ efforts. But these reports didn’t have credible sources.

However, Jay Z may have just outed his mother in 4:44. Among his many collaborators in the album is Gloria Carter herself. Gloria and Jay Z rhyme in the track “Smile” which contain the lyrics, “Mama had four kids, but she’s a lesbian.” The single line sent the rumor mill into a spin speculating whether or not it’s true or if it’s simply some creative freedom.

“Mama had four kids, but she’s a lesbian/ Had to pretend so long that she’s a thespian/ Had to hide in the closet, so she medicate/ Society shame and the pain was too much to take” he raps in the opening verse. The lyrics suggest that Gloria remained in the closet in fear of the the society and had to turn to medication. They also reference Tidal and Jay Z’s drug-dealing days.

“Smile” is one of many songs on the album that has some deep meaning behind the lyrics. In the track, “Family Feud,” he’s supposedly apologizing to Beyoncé for cheating on her. But even those cheating allegations remain unconfirmed. So it can’t be said if Gloria came out of the closet through “Smile.”

But even if she’s a lesbian, it doesn’t matter to her son as the emcee rhymes, “Don’t matter to me if it’s a him or her/ I just wanna see you smile through all the hate/ Marie Antoinette, baby, let ’em eat cake.”