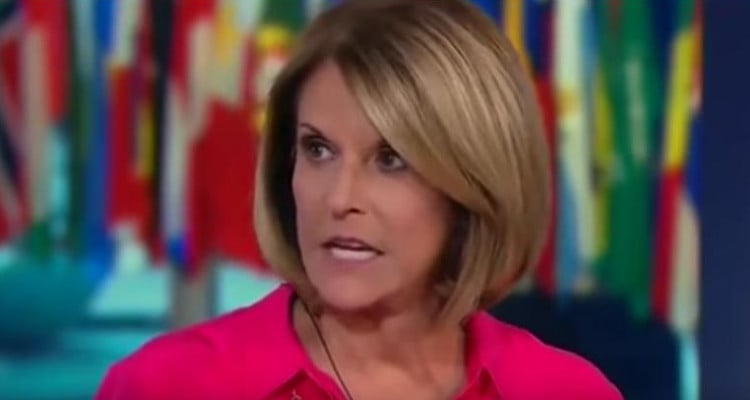 Gloria Borger is a regular face on the panel of CNN’s The Situation Room offering political insight. Even though Gloria Borger’s net worth hasn’t been calculated, she has many career achievements to her name. However, she isn’t in the news for her political commentary right now.

If you tune into Wolf Blitzer’s The Situation Room, you may have seen Gloria Borger at least once. The political analyst usually has valuable insight into the goings-on of Washington D.C. and she has been especially vocal about the Trump administration. But it’s not her political commentary that has her in the spotlight as much as her humiliating moment on live television. If you haven’t heard of it, we’ll get you up to speed with our Gloria Borger wiki.

Gloria Borger’s years of experience made her a noteworthy political pundit in the media. She grew up in New Rochelle, New York, where her father ran an electrical appliances distributorship called Borgers. After graduating from Colgate University in 1974, she worked as a journalist, columnist, and political analyst.

She began her career as a political reporter for The Washington Star. In her early broadcast career, she worked on CNBC’s Capital Report as a co-anchor. She even made appearances on CBS’ 60 Minutes II and Face the Nation. She was also a contributor and columnist for US News and World Report magazine. She joined CNN in 2007, where her work was recognized with several honors and awards.

#2. She Has Emmy Nominations

The 64-year-old has covered some major events in her journalistic career. She was the chief congressional correspondent for Newsweek, where she had covered Pennsylvania’s Three Mile Island nuclear accident in 1979. Borger covered groundbreaking stories for CNN like Gov. Chris Christie’s Fort Lee lane closure scandal, 2013’s government shutdown, the Boston terrorist investigation, and Osama Bin Laden’s death. Though she has an extensive broadcast background, her net worth hasn’t been calculated.

Her reportage helped amp up her résumé with some distinguished achievements. When she was new to the journalistic field, she received the Watson Traveling Fellowship to study the British press. Her 2013 program, Marriage Warriors: Showdown at the Supreme Court on California’s Prop 8 amendment case in the Supreme Court won her the National Headliners Award.

But these are only the start of her achievements. She was part of the team that covered the 2012 presidential election for CNN’s America’s Choice 2012, which won the Primetime Emmy Award for Outstanding Live Coverage. Her role in covering the 2008 Presidential race won CNN the Peabody Award. She received her own Emmy nomination for her piece on attorneys, David Boies and Ted Olson fighting against Prop 8. She also profiled and contributed to a documentary on Mitt Romney.

Gloria Borger is married to Lance Morgan, the chief communications strategist for the PR firm, Powell Tate. He specializes in public policy debates, crisis communications, and media training. Like his wife, he too deals with the political communication process.

He counsels clients who deal with media attention because of policy controversies and congressional oversight hearings. He also works with law enforcement agencies in publicized investigations. He wrote articles on PR practices and their effectiveness, too.

Before working for Powell Tate, he was the Senate spokesman for the Iran-Contra affair investigating committee. He was also press secretary to the Democratic Senator, Patrick Moynihan.

#4. Her In-Law is a Politician

Borger and Morgan are parents to a son, Evan Borger Morgan. The 32-year-old is a graduate of the University of Pennsylvania and a partner in the Washington-based venture capital firm, Revolution. Evan met Mary Anne Huntsman, a concert pianist, in 2013 and two years later, they married at a lakeside venue in Montana. Mary Anne is more famous as the daughter of Republican politician, Jon Huntsman Jr., who was a U.S. ambassador, Utah Governor, and nominee for the 2012 Republican presidential candidate.

The political analyst is a regular contributor to The Situation Room, hosted by Wolf Blitzer. A few days ago, when the White House was in disarray thanks to short-lived communications director, Anthony Scaramucci, Blitzer had a panel on the show to assess the current situation in the West Wing. As the discussion progressed, Blitzer took Borger to task which resulted in an awkward and viral moment on live television.

You can watch the awkward exchange between Borger and Blitzer below.