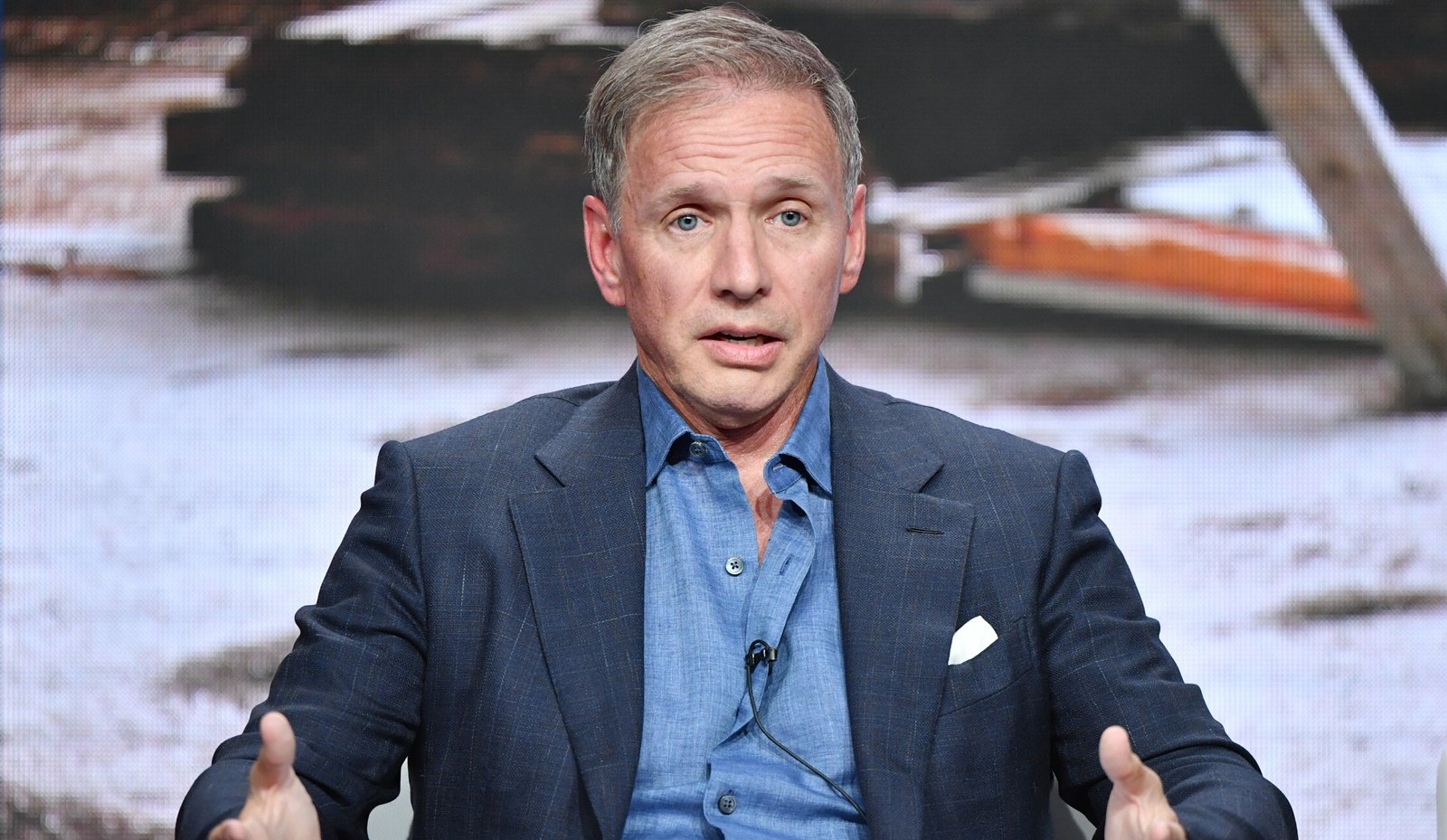 Glenn Stearns beat the odds against him to become a billionaire. The founder of Stearns Lending has an estimated net worth of $1.0 billion, which he built in a true “rags to riches” story. And he’s going to do it all over again on the Discovery Channel’s Undercover Billionaire, premiering on August 6 at 9:00 p.m. EST. Stearns is literally going undercover in Erie, Pennsylvania and attempting to build a million-dollar business from scratch. You’re going to have to see if his second attempt succeeds on Undercover Billionaire. Meanwhile, here’s his original story in Glenn Stearns’ wiki.

Glenn Stearns Was Diagnosed with Dyslexia When He Was a Child

Glenn Stearns was born on December 30, 1963 in Silver Spring, Maryland. From a very young age, he went through poverty and hardships.

He grew up in a blue-collar family with alcoholic parents. His father worked as a printer, while his mother worked two jobs as a local grocery store clerk and a housekeeper.

He was raised in Washington, D.C., where he struggled with academics, too, and ended up failing the fourth grade. It was then that he discovered his learning woes were the result of dyslexia.

He graduated high school in the bottom 10% of his class. By then, he was already a father. While he was losing his friends to drugs, alcohol, and prison, he found mentors who motivated him to forge his own path.

That’s how Stearns became the first of his family to go to college. He graduated with a BS in economics from Towson University in 1987.

Also Read: Who Is GT Dave? Facts to Know about the Kombucha King

Stearns was inspired by successful people who took risks to get to where they are. To join their ranks, Stearns started out as a waiter in California, where he slept on the kitchen floor of a one-bedroom apartment he shared with five other grads.

He eventually landed a job as a loan officer. But after 10 months, he quit the job and, at the age of 25, formed his own mortgage company, Stearns Lendings, LLC.

Between 1999 and 2007, he was founder and chairman of multiple businesses. But none were as successful as Stearns Lendings, which made about $1.0 billion a month in revenue by 2010.

Since 2010, the company has funded over $150.0 billion in loans and was named the country’s top wholesale lender in 2013. Two years later, Blackstone purchased the majority shares of Stearns Lendings.

Stearns remains a prolific businessman and investor, with multiple ventures under his umbrella. He even faced the 2008 recession head-on and has a $1.0 billion net worth today.

He’s no longer in a leadership role at Stearns Lendings, which filed for bankruptcy in July 2019.

Stearns Became a Father at 14

When he was 14 years old, Stearns’ eldest child, Charlene, was born. Charlene’s mother is a woman named Kathy.

Stearns is a father to five other children, too. His three sons—the eldest, Skylar; Colby; and the youngest, Trevor—are known. Stearns also has two young daughters and is also a grandfather to at least two kids.

Glenn Stearns was in Las Vegas in 2002 when he met one Mindy Burbano at the blackjack table in Palms Casino. It was a fleeting encounter where they parted without exchanging their contact details.

A few days later, Stearns turned on the television only to discover the woman he met was actually a WB entertainment news reporter. You might recognize her as the narrator of Bridezillas and the gym teacher in Princess Diaries. She was a dental hygienist when she was discovered doing rooster calls on Oprah.

Stearns was smitten by her and contacted her at the news station she worked at through email. They hit it off and have been together since then.

He proposed to her on-air, while she was filming a segment on mansions in Southern California. Stearns bought that $12.0 million estate where he proposed to her, and hosted their wedding there.

They tied the knot on October 11, 2003, before 450 guests, in a Tuscan-style wedding. Stearns’ kids were also part of the wedding party, with Charlene as a bridesmaid, Skylar as the best man, Colby as a groomsman, and Trevor as the ringbearer.

Burbano has since set her career as a reporter aside to take part in philanthropy. She and Stearns are active in numerous charities and have been honored for their many contributions.

The couple also enjoys vacationing together on a luxurious yacht named Minderella, after Mrs. Stearns.

Stearns Will Do It All Again on Undercover Billionaire

Glenn Stearns overcame a learning disability, got a college degree, and started about 30 businesses to become a billionaire. He also fought cancer and won.

Some people claim that Glenn Stearns got lucky. Always up for a challenge, Stearns decided to find out if luck’s had anything to do with his success. So he’s attempting to build his wealth once again, without depending on his current finances and network of connections.

This time, he’s going to attempt to accomplish the feat that took him 30 years, in 90 days.  “I put it out there in the universe and a production company picked it up and said, ‘Well, if you’re serious, then put your money where your mouth is.’ From there, off we went and they said that they’d like to do it. I said, well, I’ll challenge myself and see if it can happen,” he said.

For this project, he moved to Erie, Pennsylvania, where no one knows who he is, with only $100.00 in his pocket. Under the alias “Glenn Bryant,” he tries to rebuild a business in 90 days, with a goal that it would earn a million dollars or more.

The big news is out! The “top secret” project I’ve been working on for the past few months is set to air on the Discovery channel next month. The series will debut on August 6th at 10:00pm ET/PT. It’s been a humbling, rewarding, eye-opening, exhausting, and incredibly inspiring journey all wrapped up into one big roller coaster ride! I’m looking forward to sharing the experience with viewers. I’m so thankful to my family for supporting the vision and allowing me the time away to tackle this challenge. And to the resilient folks I met along the way in Erie, you are proof that the American spirit is alive and well! It’s been my privilege to live and work among you. #Discovery #UndercoverBillionaire

The business he starts is Underdog BBQ, which is running even after he’s finished filming. He’s not just staking his reputation on its success, he’s also pledged to put in a million dollars if the business doesn’t succeed. Either way, Glenn Bryant’s arrival proves to be a major boost to the local Erie economy.