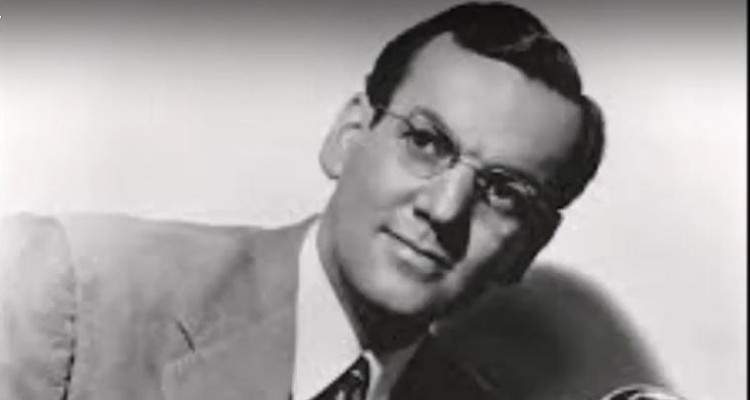 In 1954, a fictionalized biographical movie on the iconic bandleader, Glenn Miller moved audiences to tears. Turner Classic Movies aired The Glenn Miller Story on Wednesday night and it still has an impact on viewers.

The Glenn Miller Orchestra is the most sought after band in the world, and being a part of it is an honor. The eponymous Glenn Miller was credited to making the band iconic decades ago. His life story got the big screen treatment in 1954, and Turner Classic Movies pulled it out of the archives on Wednesday (November 22). Glenn Miller’s death is a mystery that was never resolved. Find out about this legendary musician in Glenn Miller’s wiki.

From the Gridiron to Swing

Iowa-born Miller went to grade school in Nebraska before his parents, Mattie Lou and Louis Elmer Miller moved the family to Missouri. There, a young Glenn milked cows for extra cash until he saved enough to buy a trombone. He originally learned the cornet and mandolin, but after learning the trombone in 1916, he joined the town orchestra.

Two years later, the family moved to Colorado where he joined the high school football team. The team won the Northern Colorado American Football Conference in 1920, and Miller was named the best Left End in Colorado.

By senior year, Miller was attracted to the new “dance band music” style of the time and gathered his classmates to form a band. When he graduated in 1921, he decided a professional music career was his calling.

Miller spent most of his time attending auditions instead of classes at the University of Colorado where he was a student. He took any gig he could, including performing with Boyd Senter’s band in Denver. After failing multiples classes in one semester, he dropped out of school and focused on music.

While studying under celebrated musician Joseph Schillinger, he composed his greatest song to date, “Moonlight Serenade.” While touring with several groups, he was mentored by professional musicians like Ben Pollack and Victor Young.

He did trombone solos in Pollack’s band until he learned that his solos were cut drastically with the arrival of Jack Teagarden, another jazz trombonist. From then, he realized he had a better future in writing and arranging music. So he released his songbook, Glenn Miller’s 125 Jazz Breaks for Trombone in 1928. While in Pollack’s band, he wrote music of his own.

He continued to perform in orchestras and pit bands as a freelance trombonist. He arranged and played music with acclaimed artists making songs like “If I Could Be with You One Hour Tonight” and “Harlem Chapel Chimes” classics. He formed his own band but found it hard to stand apart from the many others at the time. Eventually, he disbanded the group.

A discouraged Miller returned to New York when inspiration struck. He arranged a clarinet and saxophone to create the Miller Sound, which no other musician was able to accurately recreate. With this new sound combination, his band gained a distinct sound.

“You’ll notice today some bands use the same trick on every introduction; others repeat the same musical phrase as a modulation into a vocal …” Miller said about his unique sound combination, “We’re fortunate in that our style doesn’t limit us to stereotyped intros, modulations, first choruses, endings or even trick rhythms. The fifth sax, playing clarinet most of the time, lets you know whose band you’re listening to. And that’s about all there is to it.”

The band signed a deal with an RCA subsidiary, Bluebird Records and won the financial support of a businessman. They began performing to larger venues including the record-breaking opening night crowd at Glen Island Casino in New York, which made the band’s popularity soar.

Glenn Miller’s recordings beats out every iconic musician, including Elvis Presley and The Beatles. His song, “Tuxedo Junction” is his greatest hit of all time. RCA presented Miller his first gold record for “Chattanooga Choo Choo” in 1942. The band appeared in movies like Sun Valley Serenade and Orchestra Wives.

Miller’s career was at its peak in 1942, but so was the war. He wanted to join the war effort forsaking a lucrative income of $15,000 to $20,000 per week making music. A 38-year-old Miller was too old to be drafted, but he was able to persuade the U.S. Army to put him in charge of an army band.

He entertained and boosted the morale of troops fighting the war with the army band. His patriotic intentions to be of some service to the soldiers with his dance rhythm’s got him promoted to Captain and then Major. He also took part in counter-propaganda and famously said on a radio show, “America means freedom and there’s no expression of freedom quite so sincere as music.”

Miller and his band were stationed in England where a famous incident occurred. A bomb once landed three blocks away from where they were performing. Miller relocated from the BBC radio office following the bombings.

That bomb's falling from the sky and the Glenn Miller Band has zero f*cks to give. Blam-Blam! In the Mood belts out and doesn't stop for anything. #TheGlennMillerStory #TCMParty pic.twitter.com/gWZNIqcH51

In 1928, when his music career was picking up in New York and income was stable, he married his college sweetheart, Helen Burger. She underwent surgery and couldn’t get pregnant, so they adopted two children: Steven and Jonnie. He had to leave his family behind during his military service.

While in England, Miller’s band was scheduled to perform in Paris. On December 15, 1944, he was to fly to Paris ahead of his band to oversee all the arrangements. The transport plane with Miller, Lt. Col. Norman Baessell, and pilot John Morgan never arrived in France. Their plane reportedly disappeared while flying over the English Channel.

Several theories have been put forward, but none explain what happened to Miller. He was reported MIA as of December 15, 1944 and declared dead in 1995. Helen Miller accepted the posthumous Bronze Star on his behalf.

Helen took over his estate and managed Glenn Miller Productions, which handled the marketing of all his music. She revived his his big-band phenomena with the help of the saxophonist, Tex Beneke. He initially stuck to Miller’s sound but found it difficult to keep it alive while making a name for himself. Eventually, Beneke took charge of the orchestra and parted ways with Helen and the Miller estate on a bitter note.

Helen gradually distanced herself from her husband’s music. She consulted on a semi-fictional biopic, The Glenn Miller Story where James Stewart played the King of Swing. With the movie’s success and many bandleaders imitating the Miller Sound, Helen once again built the Glenn Miller Orchestra which actively tours the U.S. even today.

When she died in 1966, she left the Miller estate under the care of an executor, as her children lacked her business sense. But the executor exploited Jonnie and Steven’s naïveté and pocketed a heavy share of Miller’s royalties. However, in 1979, a judge ordered the executor to return $800,000 to Jonnie and Steven.

Jonnie went on to purchase and restore the Iowa house where Glenn Miller was born. She started the Glenn Miller Foundation, which built a museum next to his childhood home to honor his legacy. She married her college sweetheart, Virgil Hoffman and raised four children and two stepchildren. She was a grandmother of 10.

Steven was the music administrator of the Miller estate and also served in the marines. He and Lona, his wife of 42 years, have a son and two daughters. Steven passed away in 2012.