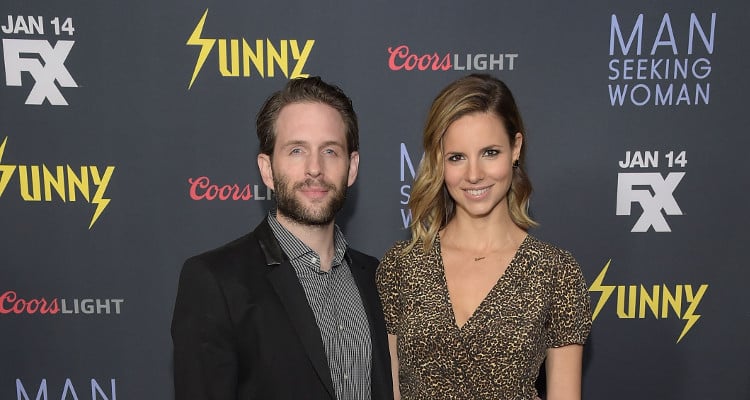 Many know Jill Latiano as It’s Always Sunny in Philadelphia star, Glenn Howerton’s wife. But Latiano has carved her own niche with modeling assignments, as well as roles in movies and television. Latiano has even made a guest appearance on Howerton’s show as a girl whom his character likes, and she is often seen on the red carpet with him during film premieres and award ceremonies. Latiano is also a champion for equality and environmental rights and was one of the executive producers of the documentary, GMO OMG, which put the spotlight on genetically-modified food. Keep reading to know more about her in our Jill Latiano wiki.

Life in the Big Apple and Showbiz

Latiano started her career in the performing arts as an 18-year-old dancer for the New York Knicks. She then became the host of a New York-based fashion television show for two years before making her acting debut in 2004.

The star went on to play guest-starring roles on many popular television shows, including CSI: NY, Ugly Betty, and Howerton’s television series, It’s Always Sunny in Philadelphia, which was renewed earlier this year for two more seasons.

Latiano has also appeared on the big screen. Her most notable work was in the 2008 comedy film, Lower Learning.

After dating for almost two years, Latiano married Howerton in September 2009. Their “Lucky In Love” wedding theme and gorgeous vintage décor is what dream weddings are made of!

Although she has earned a lot from her television and film appearances, Jill Latiano’s net worth is currently unknown.

Latiano proudly supports her husband’s show business career and sometimes uses social media to promote his films, but she keeps her personal and family life largely under wraps. However, we did find a pic with her and her two sons on someone else’s Instagram account!

Today is a perfect day for a #MomCrush!! The lovely and inspirational Jill Latiano Howerton , exec producer of the amazing documentary #GMOomg (and Homebirthing Mama of 2!) answers my #EightByEva questionnaire!! || Link in bio || #HappilyEvaAfter

From Actress to Activist

A quick search of Jill Latiano’s Instagram came back empty, but the actress happens to be active on Twitter. With just over 2,000 followers and 1,033 tweets, she has chosen to keep a low profile compared to her husband, who has almost half a million followers.

Latiano’s presence on Twitter is quite intermittent. It is mostly limited to sharing and retweeting posts relating to environmental policies, climate-friendly products and gadgets, and healthy eating habits.

The stunning landscape that is the Arctic National Wildlife Refuge is now in the crosshairs of Congress. Full story:https://t.co/SJP5DA3t9G

Latiano has taken an active interest in the environment and social justice. This is seen in her decision to get involved in the making of GMO OMG, which was released in 2003. The documentary explores the use of genetically-modified methods in the food industry but did not receive very positive feedback from critics.

The activist has gone on to support and endorse another documentary along similar lines. It is called The Devil We Know and its currently in the postproduction stages.

Jill Latiano may not be a popular figure on social media, but she’s committed to helping people and the environment, not to mention she staunchly supports her husband’s career. So, we’re pretty sure that it’s always sunny in Latiano’s world!