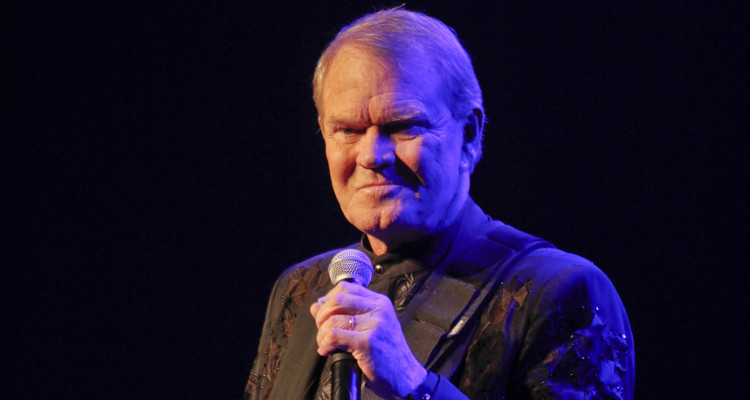 Glen Campbell’s death has saddened his family members, friends, and fans of the legendary country music star. Glen Campbell passed away on Tuesday in Nashville and he is survived by his wife, Kimberly Woollen and his many children. Here is what you need to know about Glen Campbell’s kids.

Glen Campbell is famous for hits like “Rhinestone Cowboy” and his show The Glen Campbell Goodtime Hour on CBS. The nine-time Grammy winner died on Tuesday at the age of 81, following a long battle with Alzheimer’s disease. His publicist, Sandy Brokaw, confirmed the news of his passing.

Campbell’s family released a statement saying, “It is with the heaviest of hearts that we announce the passing of our beloved husband, father, grandfather, and legendary singer and guitarist, Glen Travis Campbell, at the age of 81, following his long and courageous battle with Alzheimer’s disease.”

In June 2011, the singer announced his diagnosis and throughout the final years of his life, his wife and children were by his side. Campbell married four times and has children from each of his wives. He also has 10 grandchildren, great-grandchildren, and great-great-grandchildren. A few of his kids are talented artists, who are following their father’s footsteps and keeping his memory alive. Keep reading for more details on how many kids Glen Campbell has, and more about the late country singer.

Also Read: Glen Campbell’s Wives: The 4 Women in His Life

His Daughter with Diane Kirk

In 1954, Campbell got married to Diane Kirk. At the time, he was only 17 and she was 15 and expecting the couple’s first child, part of the reason they decided to marry so young. Sadly, their child died as a baby.

Then in 1956, the pair welcomed their daughter, Debby, who eventually went on to marry an Air Force MP. Campbell and Kirk divorced in 1959, in what sources say was an amicable split.

The same year he divorced Kirk, Campbell walked down the aisle with Billie Jean Nunley. At the time, she was a beautician from Carlsbad, New Mexico. In 1975, Nunley filed for divorce and it was finalized the following year. In their 16 years together, the couple had three children: Kelli, Travis, and Kane who were 14, 10, and seven at the time of their parents’ divorce. Campbell later revealed in an interview that Nunley did not like his music, not even “Rhinestone Cowboy,” which was nominated for two Grammys and won an Academy of Country Music award.

After his second divorce, Campbell got married for a third time to his friend and fellow country singer Mac Davis’ ex-wife, Sarah Barg. Before they officially tied the knot, Campbell said he was immediately attracted to Barg. “I can’t be alone, We’re going to get married as soon as all the papers are in,” he told People in 1976.

Campbell also cleared the air about his relationship with Sarah Barg and Mac Davis. He said he did not break the couple up, and though he first met Barg when she was married to Davis, they started dating after her divorce.

Though the rumor mills were working overtime with claims of infidelity, Campbell maintains that he and Barg did not initiate a relationship while she was still with Mac Davis. “Mac was my friend,” he said in an interview in 1976. “And still is as far as I’m concerned, although I can understand how he might be bitter. I don’t go off with other people’s wives and don’t care for people who do. After Billie had filed for divorce, I went with a date to Mac and Sarah’s for dinner. Then Sarah left Mac, which I found out when I called him to play golf. I don’t know what their problem was and don’t want to know, but that marriage was over.”

Barg and Campbell had one child together, a son named Dillon, who was born three weeks before their divorce in 1980.

In 1982, Campbell got married for the fourth and final time to Kimberly Woollen. They met on a blind date a year before they tied the knot, when Campbell was 46 and Woollen was 24. Talking about their blind date, Woollen said, “I didn’t take it seriously, I thought it was just a date. But as soon as I met him, I knew there was something special about him.” Campbell had equally sweet things to say about his wife, “I liked her immediately. It was one of those things where you meet somebody and you just can’t get them out of your mind. So I called and said, ‘Let’s go out.’”

The couple have three children together: Ashley, Shannon, and Cal. Ashley was born in 1986, and is a country singer and songwriter like her father, along with her brother, Shannon.