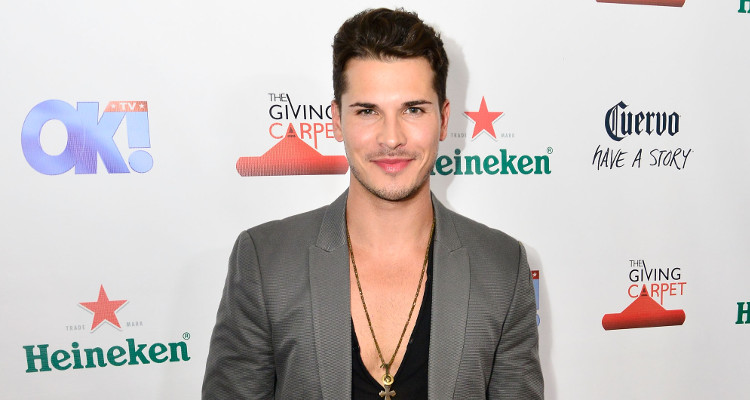 Gleb Savchenko is a fabulous dancer and he is one of the strongest contestants on Dancing with the Stars season 24. After spending time all over the world, he has finally settled down in the United States with his wife and daughter. Despite being married, he attracts the attention of female fans from all over the world.

To say that Gleb Savchenko has a passion for dancing is an understatement. He lives for it! Gleb Savchenko is a Russian dancer and choreographer, who is currently on Dancing with the Stars. He has previously competed in the U.K., Australian, and Russian versions of the show. He is participating on the U.S. DWTS season 24 alongside his partner, Real Housewives of Beverly Hills star, Erika Jayne. Though Savchenko is a world renowned dancer, people are eager to know more about him. Here are some details from Gleb Savchenko’s wiki.

Sitting in LA traffic can only mean one thing… I'm back home ?

Gleb Savchenko was born on September 16, 1983, in Moscow, Russia, making Savchenko’s age 33. He began dancing when he was eight years old. In 2012, Savchenko took part in the Australian version of DWTS and joined the U.S. version of the show in 2013. Last year, Savchenko participated in season 23 of Dancing with the Stars, where he was partnered with singer and actress, Jana Kramer and finished in fourth place. He is currently on the show’s 24th season where he and his partner, Erika Jayne are considered one of the most exciting pairs within the Dancing with the Stars 2017 cast.

Also Read: Sharna Burgess Wiki: 4 Facts to Know about the “Dancing with the Stars” Contestant

Hard to Stay Away from Family

Last year, Savchenko announced that he would no longer be on Strictly Come Dancing, in order to spend more time with his family. He agreed to continue with DWTS, so that he and his family could spend more time together and set up roots in the United States. A source told The Sun, “His wife and daughter are his top priorities but producers assured him they would take good care of them so taking the job was a real no-brainer.” Savchenko says that working on Strictly Come Dancing while his family was in Russia was very difficult. “I was missing out on so much and I didn’t get to see my daughter for six months out of the whole year,” he said.

Savchenko is happily married to Elena Samodanova, a real beauty who is just 32 years old. She, too, is a professional dancer and studied drama and theater at the Moscow Theater Arts University. Samodanova also has a masters in choreography and is certified in teaching Latin and ballroom dance. She has a nice happy family comprising of herself, Savchenko, and their adorable daughter, Olivia Savchenko.

I'm in my bed, you're in your bed, one of us is in the wrong place @elenasamodanova

Gleb Savchenko is a well-traveled man and has lived in New York, Hong Kong, and Sydney among other cities. He has modeled for Dolce & Gabbana and walked the runway for several other famous designers. Savchenko has also appeared in ads for Coca-Cola and Gillette, enjoys riding motorcycles, and going to the beach. He also put together his own sexy calendar for 2017. Fans who want to see Savchenko’s pics should visit his Instagram account, because it’s full of pictures of the dancer with his family, and hunky photos of himself, of course. It also has photos from some of his dance competitions.

Also Read: Peta Murgatroyd Wiki: Everything You Need to Know about the “DWTS” Pro

Setting the Stage on Fire

Gleb Savchenko is paired with the sexy, Erika Jayne for Dancing with the Stars season 24. Jayne promised to push the envelope in terms of costumes and Savchenko is all for it! So, expect some hot attire, and even hotter dance moves from the pair this season!