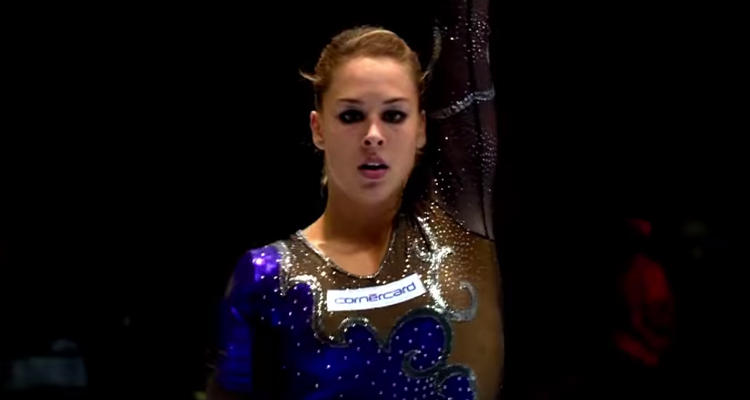 Short in Height, Long on Feats

She started competing at the international level in the year 2011. She competed in the 2011 World Championships where she placed 5th in her favorite event, the vault. In 2012, she won the bronze medal in vault at the European Women’s Artistic Gymnastics Championships. She was the only Swiss gymnast at the 2012 London Olympics where she finished in 14th place in the Women’s individual all-around event. Since then, she has regularly won medals at the European Championships and European Games.

2015 in particular was a very productive year for Steingruber as she won a clutch of gold medals at the European Championships. Her favorite events were vault, floor exercise and the all-around categories. Her winning streak continued in 2016 when she won the gold medal at the European Championships in her favorite event, the vault. On August 14, 2016 Steingruber won the bronze medal in the vault event in the 2016 Rio Olympics. Her bronze medal is the first ever medal won by a Swiss gymnast at the Olympics.

The Camera Loves Her

It’s no surprise that Steingruber is the darling of her nation. Everyone wants to know who her boyfriend is but there is no credible information on that yet! Steingruber’s pics are all over the internet as her many fans are excited that she has come this far. Steingruber is a rare combination of a born champion and beauty, as she is not camera shy. And with a pretty face like hers, why would she be? Her photographs are collected animatedly by her many fans.

Steingruber’s weight is only 53 kg which allows her to make such stunning moves in her events. Don’t believe us? Then check out Giulia Steingruber’s wiki page on the net. Although she has achieved more success in Europe, Steingruber is now getting noticed in other countries, as well. Her gymnastic prowess coupled with her fresh young look makes her a favorite with fashion photographers. She endorses several major brands like Longines, Cornercard, Opal, Belcolor and Panolin. Her good looks and charming persona make her a natural in front of the camera.

Though much is not known about Giulia Steingruber’s parents, reports suggest that she is very close to them. Steingruber’s ambition is to compete and win against rivals at the global level. She is determined to win against world class competition. If this happens, Switzerland will be known not only for it’s watches and chocolates, but for bringing us Giulia Steingruber, as well!

For more coverage on the 2016 Rio Olympics, click here!