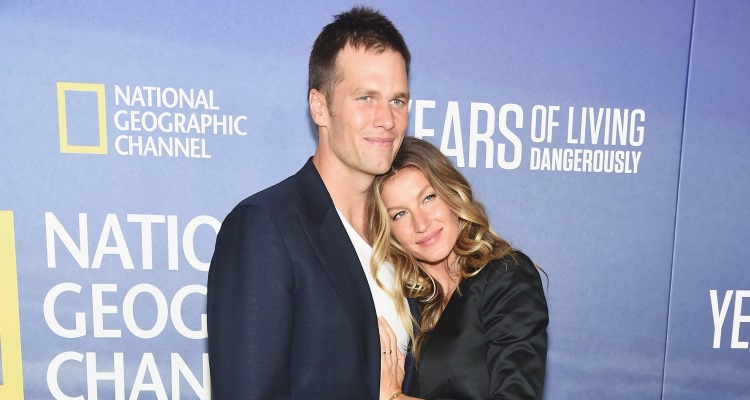 Gisele Bundchen and Tom Brady are having themselves a merry little Christmas with their little daughter! The former Victoria’s Secret angel shared a photo Tuesday morning of her husband and daughter stringing up the lights on their Christmas tree, and yes, it’s every bit of adorable!

Gisele Bundchen’s Instagram post (@gisele) received over 228,000 likes and many of her 10.8 million followers commented on the photo, saying how adorable this captured moment truly is. The family planned their Christmas decorating later in the month, but when you hear about their eco-friendly house, you’ll understand why it was such a great idea!

Tom Brady, Gisele Bundchen’s husband, bent over as he tried to find the best spot for the next bunch of lights, while their precious daughter, Vivian stood on a step stool, dressed as a fairy, and placed an ornament on a tree branch. It looks like the family is off to a late start with tree decorations as Christmas is less than a week away! But they seem to be very smart about conserving energy.

The couple’s Los Angeles home uses solar energy, lighting systems that reduce energy consumption, a gray water system, a rainwater recovery system and waste reduction and recycling programs! They even have their own vegetable garden, where they grow 90% of the food they eat. Even the property is made of sustainable products: the house uses recovered stone, wood, and insulation that are better for the environment and 80% of the waste from construction was reused or recycled. Talk about eco-friendly! Perhaps this is the reason for stringing up the lights later in the season! 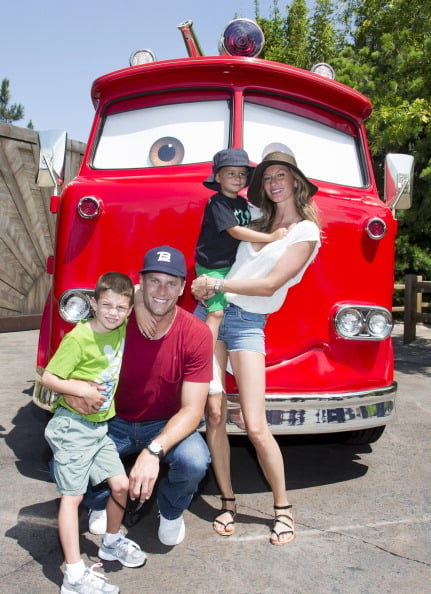 Gisele Caroline Bundchen and New England Patriots quarterback, Tom Brady began dating in December 2006, when they were set up on a blind date by their mutual friend. As it turns out, their mutual friend was right on the money, as the two then married in February 26, 2009 at St. Monica Catholic Church in Santa Monica, California. They had a second wedding ceremony in Costa Rica in April that year. Tom Brady and Gisele Bundchen’s children include their son Benjamin (born December 5, 2009) and daughter Vivian Lake Brady (born 2012). Brady also has a son from his past relationship with actress Bridget Moynahan, John Edward Thomas Moynahan (born August 22, 2007).