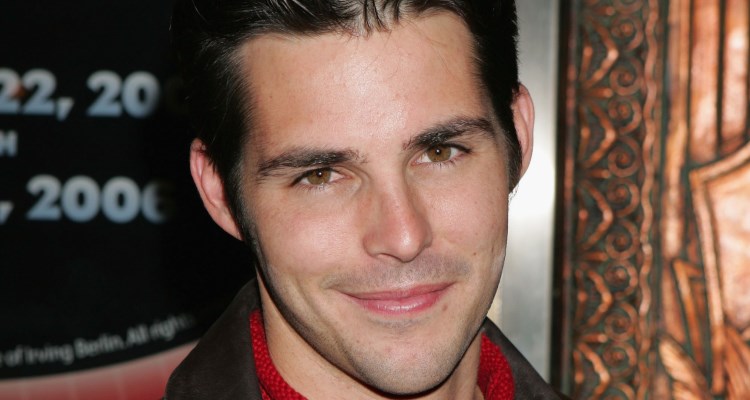 Lifetime movies have a bit of a stereotype going on. The network’s original films, whether fairly or not, have become somewhat known for having two basic plots: a woman’s boyfriend/husband cheats on her or a woman is stalked/attacked/etc. by a man. So, with a title like Girlfriend Killer, Lifetime Movie Network’s latest original film doesn’t look like it’s proving the old belief wrong. But that’s where you’d be wrong, as the premise actually puts a new spin on it. However, it may not be as interesting as Girlfriend Killer’s cast, as you’ll find out below.

About the Girlfriend Killer Plot:

The Girlfriend Killer movie is a new thriller set to air on the Lifetime Movie Network on Sunday, June 18 at 8:00 p.m. EST. The film stars Barbie Castro as Carmen Ruiz, a woman with a very interesting career: she helps rich men set up elaborate (and probably expensive) marriage proposals for their girlfriends, then films the proposal itself as a keepsake.

However, as you may expect, not every woman says “yes.” Client Emerson Banes (played by Jason Cook) is jilted before he can even get close to the altar, and when Carmen shows him kindness following the rejection, well, you don’t need a Girlfriend Killer trailer to know where this is going! He snaps and becomes obsessed with her, and when Carmen finally figures out Emerson’s responsible for several weird occurrences–and realizes his ex is missing–he responds by kidnapping her daughter.

One thing you may not know is that this film is a sequel of sort, with director Alyn Darnay and writer Christine Conradt having previously worked together on another Lifetime movie of the same name, about a mom who think her son’s ex may have caused his death. But don’t worry, the two movies share no storyline connection. And even if they did, you still needn’t panic, because right before Girlfriend Killer, LMN will be airing Boyfriend Killer on June 18, at 6:00 p.m. EST.

While the Girlfriend Killer cast may not feature a ton of big names, there’s still plenty of acting chops here. Here’s some info on some of the stars of this entry into the Lifetime movies family.

The film’s star was actually also the star of Boyfriend Killer, though she obviously played a different character. She has appeared in several similarly themed movies throughout the years, including the 2013 film Assumed Killer, and is set to appear next as Ashley in the 2018 movie Killer Island, currently in post-production. She also has several credits as a writer, director, and producer and is a real estate agent outside of acting. Interesting fact; her daughter in the film is actually her daughter in real life!

Cook is probably best known for his time as a soap opera star, appearing as Shawn-Douglas Brady on Days of Our Lives from 1999 to 2015 and as Dr. Matt Hunter on General Hospital from 2008 to 2012. In 2001, he won the Soap Opera Digest Award from Outstanding Younger Lead Actor for his work on Days of Our Lives. Emerson Banes in Girlfriend Killer is actually his first acting gig in a while, having recently been more involved with directing and producing.

Meyer will be playing Michelle Price in the Girlfriend Killer movie, a detective who becomes involved after Emerson’s now-ex-girlfriend is reported missing. Meyer has been a constant presence on television, having consistently landed roles since 1993. She is likely best known for her time on both Beverly Hills, 90210 and its 2011 revival, as well as seven years on CSI: Crime Scene Investigation. She’s set to appear next in sci-fi comedy, Unbelievable!!!!! alongside Gilbert Gottfried, a marionette, and several potted plants in clothing (it’s a comedy, just go with it).

Watch #CorinNemec @imcorinnemec and I play a couple of badass detectives, hunting down bad guys in #girlfriendkiller this Friday, June 9th on LMN at 10pm. The movie will also premiere on @lifetimetv July 18th at 8pm/7C. Check it out! ?