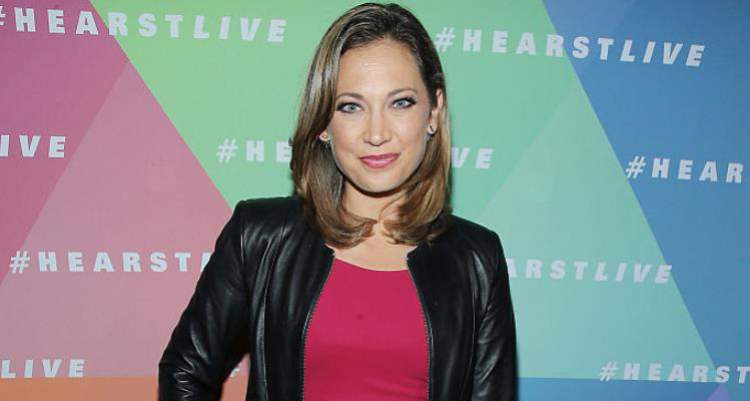 ABC meteorologist Ginger Zee is making headlines, and it’s not because of today’s forecast. Ginger Zee’s mental health is the topic of her new book and how it’s affected her life. For more info on Ginger Zee’s net worth and personal struggles, our Ginger Zee wiki will give you everything you need to know.

Who is Ginger Zee?

Ginger Zee’s age is 36 and she was raised as Ginger Renee Zuidgeest in Grand Rapids, Michigan, to Dawn and Robert Zuidgeest. She fell in love with weather from a very young age and currently works as Good Morning America’s chief meteorologist. Ginger Zee’s salary and net worth are unknown at this time.

In June 2014, Zee married NBC News correspondent, Ben Aaron on a Saturday in a private ceremony by the beach in Michigan. She wore a lace Pnina Tornai gown, while her husband wore a traditional black suit. They celebrated later at The Inn at Bay Harbor with family and friends.

“Ben is my partner for life,” Zee previously told People in an interview. “I knew it as soon as I met him. I’ve never been more ready for anything in my life.”

They have a son, Adrian (who’s turning 2 this month) and they live in New York City.

No, she’s not getting fat! Zee is pregnant of course, and she’s expecting another baby boy in February! Zee broke the news while on air saying, “Another baby! Another boy!” after hugging her fellow anchors. “I feel good … five months left – [my belly is] gonna get big. That’s why I had to tell everybody because it’s already happening.”

The @aspca is on the ground assisting displaced animals impacted by ALL the recent hurricanes. Take the #aspca Disaster Pledge to protect your pet if disaster strikes: aspca.org/preppledge

If you want to get an inside look at Zee’s life, then Instagram is the best place to stay updated on what she’s doing. She posts about her job, her family, and of course, her upcoming book, titled Natural Disaster: I Cover Them. I Am One.

Happy birthday to our big boss! Celebrating early with @mickeymouse today. His birthday is this Saturday (and he is ageless so don’t ask ?). #happybirthdaymickey ?: @samwnek

In an exclusive interview with People, Zee talked about her battle with depression that once made her feel suicidal. When she was 21, she locked herself in a bathroom and took several pills in her cabinet.

“I’d lost all hope. I just shut down. It wasn’t worth living. I was wasting people’s time and space,” she said.

Her ex-boyfriend (and roommate at the time) took her to the hospital. She mostly ingested Benadryl and other medications but they weren’t lethal. She was later diagnosed with depression.

“Depression for me has been a couple of different things — but the first time I felt it, I felt helpless, hopeless and things I had never felt before,” she says. “I lost myself and my will to live.”

She added: “It doesn’t matter what’s relative to another person’s tragedy, or whatever it is that’s making you feel low,” she says. “In that moment, my brain, and probably a chemical somewhere within me, said, ‘You need to kill yourself.’ The only voices I could hear were telling me, ‘You are not worth it.’”

Her Book was Therapeutic

According to Zee, writing Natural Disaster was like therapy for her and she wanted to share her story.

“I didn’t expect it to be as hard as it was,” she said. “There were times where I would stop writing and get extremely emotional — like, I thought I was over this. But edit after edit after edit, I developed a sense of pride and found a bit of closure in some of these parts in my life. I am so lucky that I get to do this. I’m so lucky I get to tell my story.”

“I realize, too, that just because I’ve been in a good place for six years and I’ve gotten myself to a much healthier mental state … I don’t think that I’m cured,” she continued. “I don’t think anybody’s forever cured. But being aware of it, sharing it, talking about it, this is where I hope that the healing happens.”

Today is the day! In bookstores nationwide – link in my bio to order. Let’s start the conversation about mental illness and take the time to learn about each other’s stories.