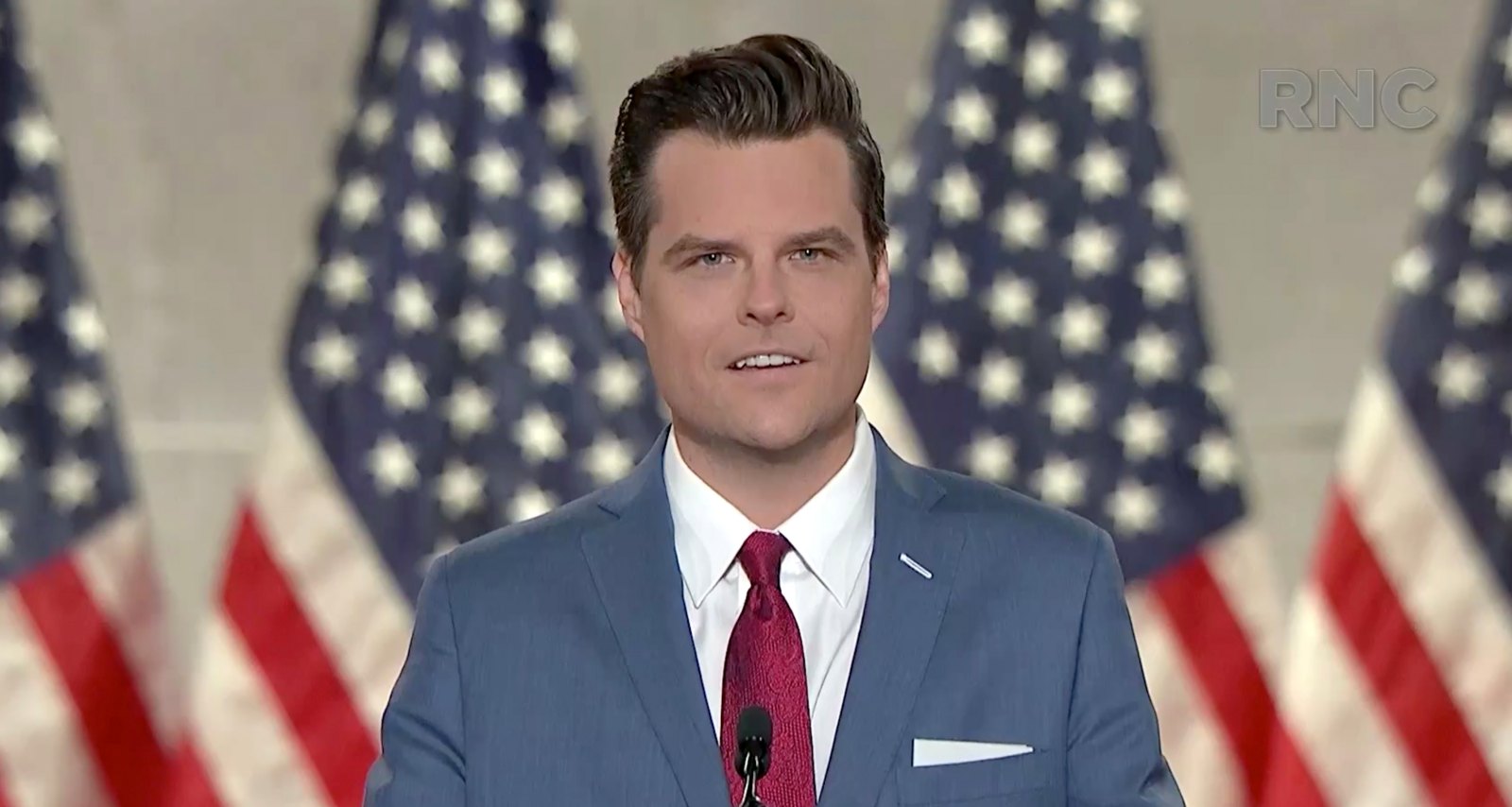 U.S. Rep. Matt Gaetz (R-FL) addresses the virtual convention on August 24, 2020.(Photo Courtesy of the Committee on Arrangements for the 2020 Republican National Committee via Getty Images)

Florida Rep. Matt Gaetz began 2021 an engaged man. The controversial politician proposed to Ginger Luckey, his girlfriend of almost a year, at Donald Trump’s Florida resort. They’re keeping their relationship mostly out of the media eye as Gaetz reveals he won’t be running against Marco Rubio for the U.S. Senate in 2022. But their relationship still provokes some curiosity about Gaetz’s wife-to-be. So, we have Ginger Luckey’s wiki for all the details on Matt Gaetz’s fiancée.

Ginger Ellyn Luckey was born on August 26, 1994 in California. She is one of at least three children born to Donald and Julie Luckey.

Ginger is, of course, known as the sister of Palmer Luckey, the founder of Oculus VR. Palmer and Ginger have a sister, Roxanne Luckey, too.

Palmer is best known as the pioneer behind Oculus Rift, the popular VR headset. He ranked No. 22 on Forbes’ list of America’s Richest Entrepreneurs Under 40 2016, with an estimated net worth of $730.0 million at that time.

The Luckey family has come a long way with Palmer’s success. Ginger and her siblings were homeschooled by their mother Julie, while their father Donald worked as a car salesman at a dealership. The family’s favorite activity was sailboating.

The Luckey siblings each have their own careers. Roxanne Luckey is a sales associate for Rip Curl, but also spent a few months in 2020 interning at the White House.

Thrilled for the New Year and great times ahead with family @mattgaetz & Nestor! pic.twitter.com/3XmU0pXxZK

Lucket earned her bachelor’s degree in economics and accounting from the University of California, Santa Barbara, in 2016. She also has a certification from the Corporate Finance Institute.

While at UCSB, she was a tax intern at PwC. As soon as she graduated, she got a job at Apeel Sciences. The California-based company develops an edible coating for certain produce items that makes them last longer.

Luckey’s resume boasts five years as a sailing coach at the Alamitos Bay Yacht Club. She also did volunteer work at Cru Global outreach meetings and at M.U.S.I.C. Matters as a piano and vocal teacher, and she’s still a Big Sister at the Big Brother Big Sister Foundation.

Palmer Luckey and his family were some of the prolific fundraisers for Donald Trump’s presidential bid. It apparently was at a fundraiser Ginger Luckey was attending that she met her now-fiancé.

Florida Rep. Matt Gaetz reportedly met Luckey at a fundraiser in March 2020. Their first date was at Kimberly Guilfoyle’s birthday party. Her work had gone fully remote during the pandemic, which allowed her to travel with Gaetz.

He proposed to her at Trump’s Mar-a-Lago resort on December 30, 2020. They are mostly private, including with pictures and appearances. But they did reveal they are hoping to have a wedding before 2024.