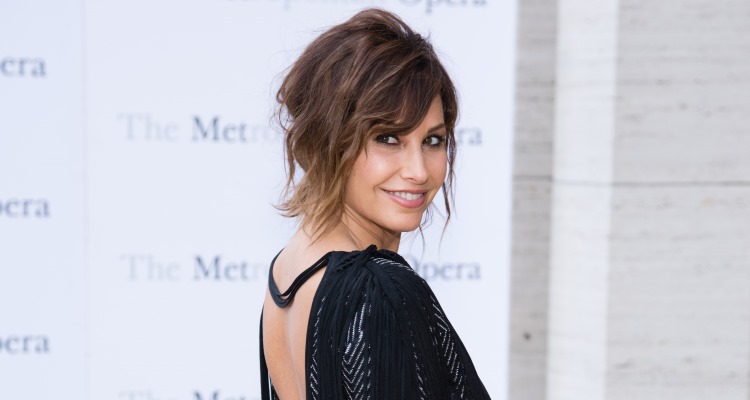 On Tuesday, Gina Gershon spoke with The Hill-Man Morning Show about her upcoming film aside Nicolas Cage called Inconceivable. The movie is a psychological thriller and it will hit theaters and iTunes this Friday. The movie also stars Nicky Whelan and Natalie Eva Marie. If you want to learn more about Gina Gershon today, and what other movies are on her resume as an actress, keep reading our Gina Gershon wiki!

Gina Gershon seems to be that actress that was always on the cusp of breaking out as a Hollywood A-lister. She’s a celeb that’s easy to recognize, so with her lengthy list of acting credits, why is her name so unknown? All that might change for Gershon this year, however, as it seems this beauty’s been busy behind the camera! Since the beginning of this year, she’s had her hand in quite a few cookie jars, making appearances in everything from TV to voice acting to film. At this moment, she’s got two more films completed and five more in post-production, likely set to release next year. Busy lady!

One of her latest films, Inconceivable follows a woman named Katie (Whelan), who moves into a new town with her young daughter to start a new life after an abusive past. She quickly makes friends with a couple, Angela (Gershon), and her husband Brian (Cage). Shortly after some unusual events, Angela notices some strange behavior from Katie and begins to question whether her intentions are as innocent as they seem. Things quickly turn for the worst and Angela and Brian find themselves in a horrifying and disturbing situation.

Gershon has 127 credits to her name, which include her roles as Cat Manzetti in Red Heat (1988), Laurie Rinaldi in City of Hope (1991), Cristal Connors in Showgirls (1995), Helen Caperelli in The Insider (1999), Mary in Dreamland (2006), Sharon in P.S. I Love You (2007), Kathy in LOL (2012), and Helen in My Dead Boyfriend (2016). She was recently cast in A Little Mermaid, a live-action family film based on the story of a reporter and his niece who think they may have discovered the real little mermaid. On the current television series Crashing, Gina Gershon plays Susie. She is also starred in many television series, including Brooklyn Nine-Nine, Z Nation, Elementary, Cleaners, How to Make it in America, Rescue Me, The Batman, and more.

Born on June 10, 1962, Gina Gershon’s age is 55. Her parents are Mickey and Stan Gershon, and she has two older siblings, Dan and Tracy. She was born in Los Angeles California, and Gershon graduated from Beverly Hills High School. She began acting at the age of 14, and when she moved to the East Coast, she attended Emerson College, New York University, Circle in the Square Theater School, and San Francisco’s American Conservatory Theater. She was a high school classmate of musician Lenny Kravitz, and even appeared and his “Again” music video as his girlfriend.

Her professional acting career began on the stage, with her role as Sally Bowles in a Cabaret revival production. She also appeared in New York productions of Camille and The Substance of Fire. She also starred in Pretty in Pink, Sweet Revenge, Cocktail, and The Player. Since then, she moved from live theater to the big screen with a steady stream of work in film and television. Gina Gershon’s net worth is an estimated $4.0 million.

In a 2013 interview, Gershon was asked about being raised in a Jewish household. She considers herself spiritual as she explained, “I think I’m a spiritual person. I wouldn’t say I’m a religious person. I don’t totally believe in that. I do believe in connecting to something on a grander scheme. It’s a very personal thing. I totally respect when people believe in what they believe in.”

Into 2008, it was rumored that Gina Gershon’s boyfriend was former President Bill Clinton! The rumor was leaked in a Vanity Fair article, of which Gershon denied. According to her attorney, “the truth, however, is that Ms. Gershon has only been in the same room as President Clinton on three occasions, during which she was always in the presence of anywhere from approximately a dozen people to several hundred or more.” A celebrity dating site reported that Gershon also dated Owen Wilson from 2000 to 2002, John Cusack in 1992, and Ted Demme, Sean McPherson, and Beck. Considering she is not an A-list celebrity, it may be tricky to confirm whether these reports are 100% true or not, and let’s face it, people love to gossip!

Be sure to check out Gershon’s new movie when it hits theaters this Friday. Here’s the trailer below–it will send chills up your spine!