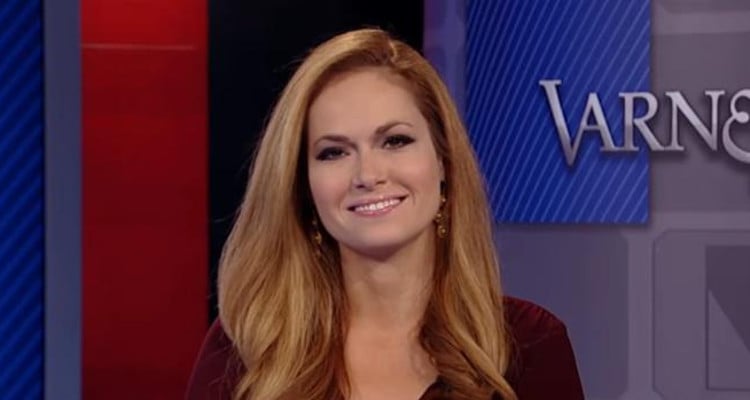 Gillian Turner is a Fox News contributor who worked at the White House for two presidential administrations: George W. Bush’s and Barack Obama’s. She was regularly seen in debates during the heat of the last U.S. election, and recently appeared on Fox News to talk about the first time she met 2020 candidate and former Vice President Joe Biden, and how he greeted her. Find out everything you need to know from Gillian Turner’s wiki, right here.

America is quite familiar with Gillian Turner. She is a well-known face at Fox News and is very well known for her contributions to the political world. But few know her outside of a studio. Like, did you know she’s a major dog enthusiast? Here are more interesting facts about the amazing Gillian Turner.

Gillian Turner Was a Sharp Fellow at Columbia

A gifted student, Turner was a Sharp Fellow at Columbia. The fellowship, which is given by the Department of Political Science, encourages research in American politics. The Phyllis Stevens Sharp Fellowship Fund is given to one or more undergraduate researchers or interns in government offices or agencies, and Turner is deserving enough to have been given the honor.

Turner Worked In the Bush and Obama Administrations

Turner’s résumé is as strong as she is, with experience in the White House National Security Council during  George W. Bush and Barack Obama’s presidencies. She went from a research assistant under the Bush administration to the acting director of the National Security Council under Obama administration and served as a liaison between the Oval Office and the House of Representatives.

Additionally, she also worked in the U.S. Department of State in the Bureau of Democracy, Human Rights, and Labor as well as the Office of the Minority Leader at the U.S. House of Representatives. Her excellent work earned her the National Security Council Outstanding Service Award, making her the youngest recipient of the honor.

Thx @foxandfriends for having me on to discuss the escalating terrorist threat in #Africa. We'll track this story. pic.twitter.com/ojFUth9fmK

An expert on African politics, Turner was also the VP of Jones Group International, where she focused her efforts on Africa and the Middle East under former National Security Adviser, Jim Jones. Turner later transitioned from the White House to the Fox News studio.

She initially started as a contributor before Fox News enlisted her as a full-time news correspondent based in Washington. She has since contributed to shows like Fox News Sunday, America’s Newsroom, Fox & Friends, and The Five.

beautiful photo from this morning's @WhiteHouse EOP #momentofsilence on the South Lawn pic.twitter.com/XWePCildT8

Gillian Had a Noteworthy First Meeting with Joe Biden

When she appeared on Fox News on April 8, 2019, Turner said that the first time she met Biden circa 2009, he called her “beautiful” and put his arm around her waist to take a photo. Although, she said, it did not make her “uncomfortable” at the time, she now joins seven other women who have come forward to share stories of how their past interactions with Biden made them feel.

“[D]o I remember it 10 years later because it was out of the norm of my other experiences at the White House? Yes,” she said.

“And so I think it’s a perfect example of the kind of conversation that people are now starting to have about him, which is that he does have markedly different behavior than a lot of other government officials.”

Turner added that she thinks it’s up to the woman in question to determine how she feels about her interaction with Biden.

News of Gillian Turner’s engagement to Alex Kramer has been known for quite some time now. In December 2016, followers noticed a ring on Turner’s finger, and she regularly mentioned him in her tweets as her fiancé.

happy happy birthday to the world’s best husband, dog dad, & braai master!!! 🥂 to another year ahead together filled with adventures 💗

However, in April 2019, she directed her followers to an Instagram post in which she referred to Kramer as “the world’s best husband” confirming that they had tied the knot.

Gillian Turner knows ballet and is thankful that it taught her how to perform under pressure —even in her political career. After high school, she danced with Pennsylvania Ballet for a year, and though she can’t give it much time today, she still loves ballet.

Although she is a well-known reporter, she mostly posts about politics and current news, keeping the personal details of her life private.