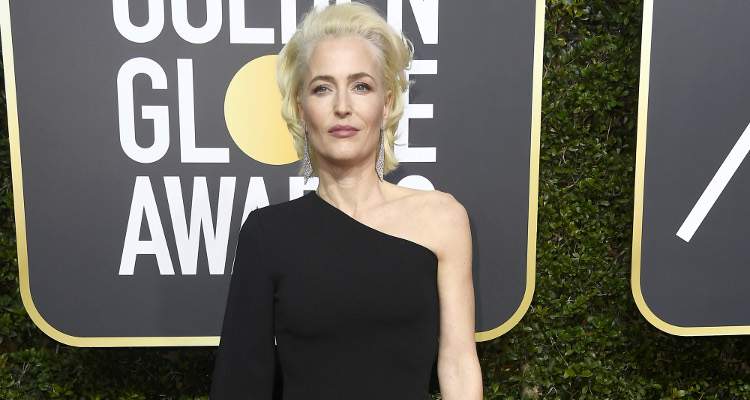 Fans are very much excited to see actress Gillian Anderson back on The X-Files for its eleventh season, which premiered on January 3, 2018. However, many of them are questioning if Gillian Anderson had plastic surgery. We’ll take a look at Gillian Anderson’s then and now pics to compare. So, keep reading to see if there’s any truth to the Gillian Anderson face-lift rumors.

Anderson has been in the limelight because many people feel that she got botox and plastic surgery done to retain her young looks. But she has denied all speculation. Find out what the actress has to say about the rumors, right here.

Did Gillian Anderson Have Plastic Surgery?

Since 2016, many people have been speculating that Gillian Anderson went under the knife to get a younger face. However, Anderson shut down those rumors by saying that she currently does not feel the need to undergo plastic surgery. But she also said that there is a possibility that she could get it done in 10 years.

In an interview, Anderson said, “At 47, I feel quite strongly that I wouldn’t do plastic surgery, but also, I know that I am a vain woman. Talk to me in ten years — they may have invented something which feels less invasive, and then it’s possible that the line will be easier to cross.”

Sipping for more female directors to get on this carpet! #FIJIOneSipForward #GoldenGlobes @fijiwater

Anderson continued, “I don’t want to say never, I don’t want to be hypocritical about it. But also, at this juncture, I just hope that I would be able to embrace these stages of my aging face. And not feel like something was wrong and that it needed to be fixed through surgery.”

Anderson further explained that there is a lot of pressure on women, especially on celebrities, to look young.

The actress said, “It’s sad that, in general, there’s shame around (aging).”

Anderson added, “Not only is it common for women to feel shame about aging, but it’s common for press and the general public to make people feel bad for their aging, which also contributes to the amount of work that women end up having done.”