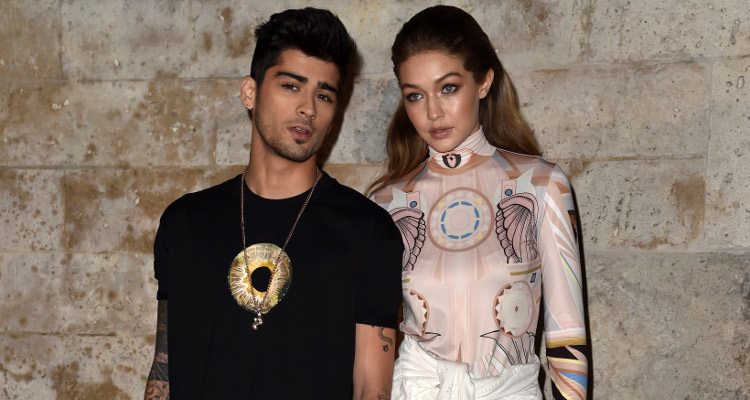 Yesterday, 21-year-old model Gigi Hadid posted a black and white photo of herself with her 24-year-old singer boyfriend, Zayn Malik for her roughly 29 million followers. Gigi had her hair pulled back in a messy bun and was kissing Zayn on the cheek. 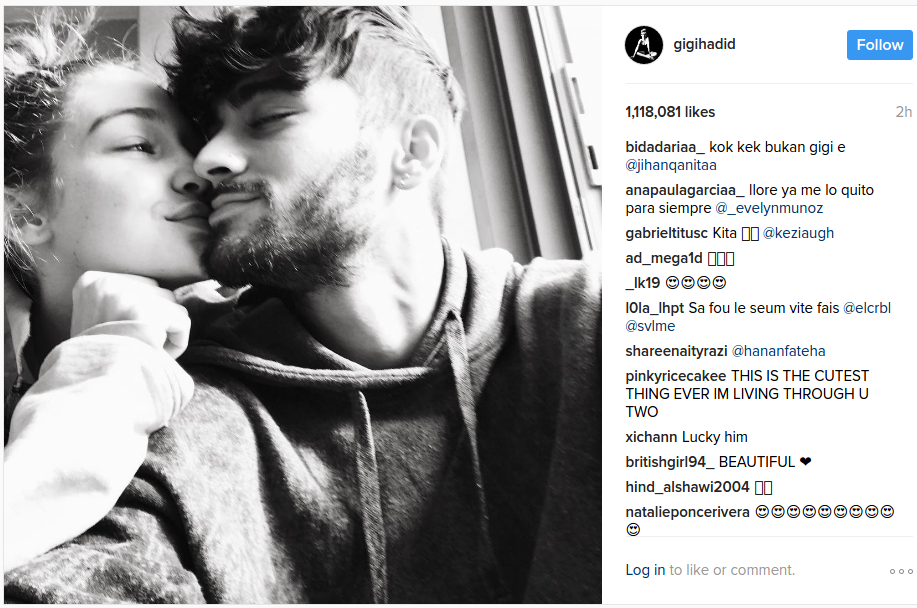 Gigi looked spectacular and showed off her natural beauty while Zayn wore a hoodie and sported a beard. The “Pillowtalk” singer and model have been dating since November 2015 and were featured in a spread for the May 2016 edition of Vogue.

Gigi and Zayn look like they are madly in love. When asked about how their relationship started, Gigi told Ellen DeGeneres: “We actually met at a friend’s birthday party a few years ago, then he was in New York to come to the Victoria’s Secret show last year, I think. He ended up not coming. I thought, I’ll play it cool. I’ll go to the after party. He wasn’t there. Later that week we ended up going on our first date. We played it cool for about ten minutes then I was like, ‘You’re really cute.’ We connected really quickly and have the same sense of humour, sharing videos.”

Looking at their picture, it looks like they both had a great time on Valentine’s Day!