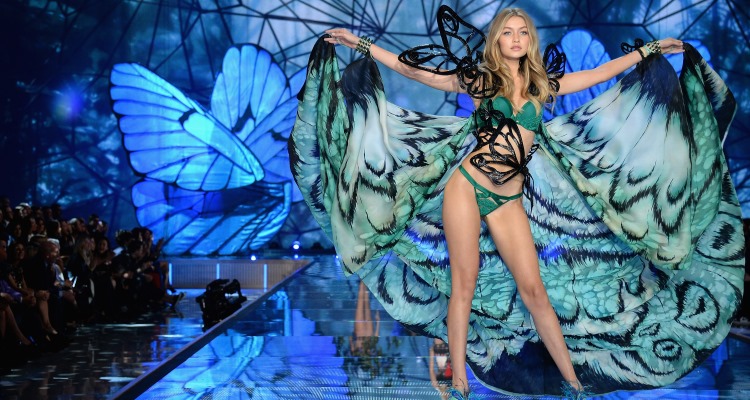 The Victoria’s Secret Fashion Show 2016 takes off next week and to prepare, we’re sharing some fun facts about your favorite Angels! Keep reading to find out some interesting facts about Gigi Hadid.

The Victoria’s Secret Fashion Show 2016 airs December 5 at 10:00 p.m. EST on CBS, and fans of the supermodels want to know more about them ahead of their catwalk! If you want to learn all about your favorite VS beauties, we’ve got what you need to know right here. Gigi Hadid is new to the Victoria Secret crew—the 2016 Fashion Show will be her first VS walk and she took to social media to share how honored and excited she was about the opportunity. Gigi Hadid is one of three model siblings in her family and thanks to Instagram, Snapchat and Twitter, she’s become a pop culture icon. For weeks, the Victoria’s Secret Angels and models have been sharing snaps and photos in preparation of next week’s show. If you’re curious about things like, how old is Gigi Hadid, what is Gigi Hadid’s height, who are Gigi Hadid’s parents, what is Gigi Hadid’s ethnicity, or what is Gigi Hadid’s net worth, keep reading our Gigi Hadid wiki because we’ve got tons of facts to share about the stunning celeb!

Jelena Noura Hadid, or Gigi, was born April 23, 1995 (age 21) in Los Angeles, California, but her family originated from the Middle East. Her father, Mohamed Hadid is a real estate developer and her mother, Yolanda Hadid was a former model and Real Housewives of Beverly Hills star. Gigi Hadid’s ethnicity is Dutch, Palestinian, and American. The Hadid children are royalty—through their father they descend from Daher Al Omer, the Prince of Nazareth, and the Sheikh of Galilee. Gigi’s siblings are Bella, also a model, and brother Anwar. On her father’s side, she also has two older half-sisters, Marielle, and Alana. Her parents were divorced and her mother married producer David Foster, giving her five stepsisters.

When Gigi was only two years old she began her modeling career. Guess’ Paul Marciano first discovered her and she began to model for Baby Guess before being redirected to focus on her education. In 2011, she returned to modelling, first working with Marciano where she was named the face of a Guess campaign in 2012, and then moving to high fashion endeavors. Gigi Hadid’s agency experience include IMG Models, to which she signed in 2013. Gigi made her New York Fashion Week debut in February 2014, starred in several campaigns for Tom Ford, and was named the “Model of the Year” for the Daily Front Row.

Gigi Hadid’s net worth is $4.0 million and considering that she is only 21, she is certainly on her way! She earned $3.0 million so far for her modeling career and she owns an apartment in New York worth $4.0 million.

If you’re wondering what was Gigi Hadid’s diet before and after the Victoria’s Secret Fashion Show, Healthy Celeb reported that she plans her meals in advance and chooses healthy options. Some of these options include smoothies and she manages her cravings by buying pressed juices.  She does have her occasional “cheat days” but says they’re only justified if she works out regularly. As you can tell from her Instagram, she loves boxing, jumping rope, bodyweight training and ballet-inspired floor exercises.

Follow Gigi on all of her social media accounts listed below!