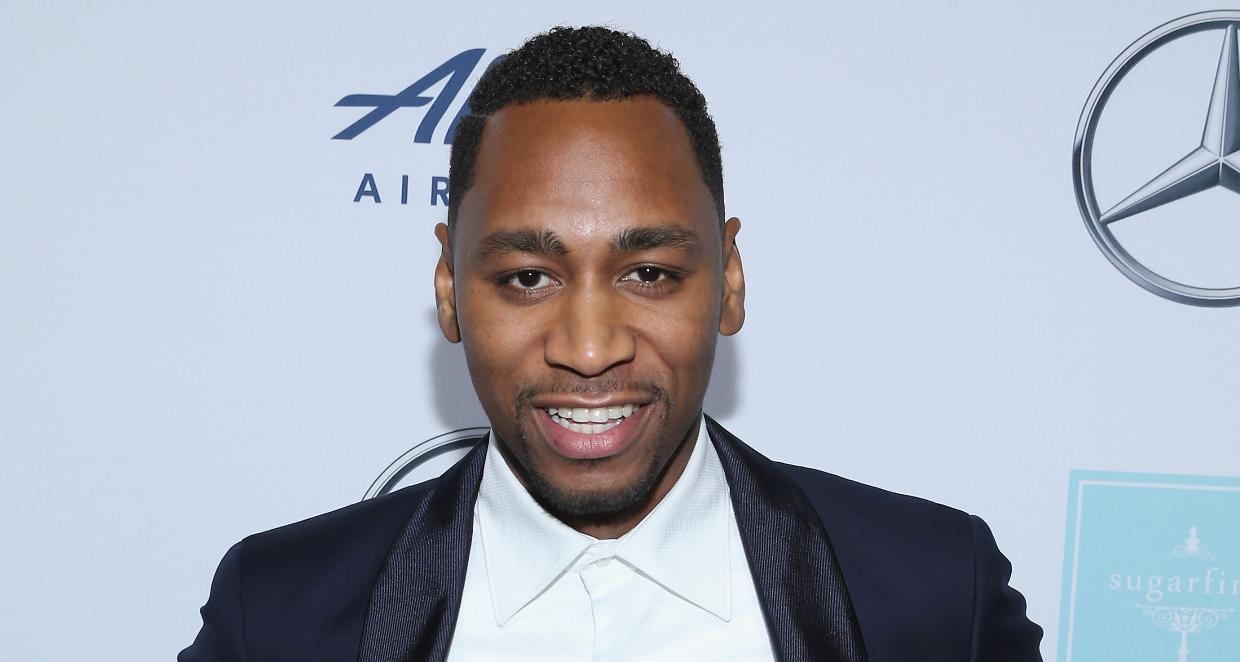 Gianno Caldwell has already established himself as an important figure in America’s political landscape. He is a Republican lobbyist and currently a political analyst on several news channels like Fox News, CNN, and HLN. Learn more about his political career with details from our Gianno Caldwell wiki.

With a firm foothold in American politics working as an intern for Republican Congressman John Shimkus, Gianno Caldwell was named one of Red Alert Politics’ “30 Under 30” Award winners in 2016. He also helps organizations grow more efficiently through his firm, Caldwell Strategic Consulting.

Gianno Caldwell’s bio reflects his total commitment towards improving the state of the nation by informing people of the political thought process at work.

Gianno Caldwell Is a Political Analyst for Several Networks

When people want a well-thought-out opinion on political issues, they go to Gianno Caldwell.

Caldwell regularly provides analysis and commentary on networks like the Fox News Channel, Fox Business Channel, HLN, CNN, TV One, and BET, as well as several other national news networks. He also contributes to The Hill newspaper.

His knowledge is appreciated, and his opinions are sought out for a variety of issues like the economy, domestic policy, and Congress.

He Is the Founder of Caldwell Strategic Consulting

Caldwell is the founder of Caldwell Strategic Consulting, a bipartisan firm headquartered in Washington, D.C. The firm focuses on issues like financial services, healthcare, energy, and local government issues.

He is a veteran in media, legislative affairs, and advocacy, and leads his firm in providing solutions and effective strategies for government, the private sector, and non-government organizations. Currently, he is a political analyst at Fox News.

Caldwell was born on December 27, 1986 in Chicago, Illinois. He has the unique ability to use his legislative experience to create effective policy-making strategies and build bipartisan coalitions.

I recorded this a couple of days ago and the message remains the same. Today is my special day. I couldn’t be more happy to reach 32 years old today and excited to say there’s a virtue that got me to this point, that virtue is resilience. When you get knocked down you get back up again knowing that no one and nothing can stop you but you! Please share this message with your family and friends.

Caldwell started out as a student intern at the Social Security Administration (SSA) in Chicago and worked there from September 2003 until July 2007. He then worked as a legal analyst at the same organization from July 2007 to July 2009, where his job responsibilities included managing and training employees to use scheduling software and balancing the schedules of judges, attorneys, medical experts, and vocational experts in various time zones.

Following that, he spent 11 months at SSA as a senior legal analyst, where he oversaw disability and Medicare cases to ensure cost savings. He also served as the policy adviser to the former National Medicare Chief Administrative Law Judge.

Caldwell then held positions like the Director of Government Relations at Naperville Township, DuPage County, Illinois, and Legislative Associate and Community Affairs Specialist at the Illinois State Treasurer’s Office. He also worked on the non-profit organization, Romney for President Inc., from July 2012 to November 2012.

Caldwell spent nine months working as an intern for Republican Congressman John Shimkus, where his job responsibilities included researching and analyzing health, energy, and telecommunications legislation. He also studied the state’s Patient Protection and Affordable Care Act and worked on its implementation.

He then decided to strike out on his own and founded his consulting firm called Caldwell Strategic Consulting (CSC) in May 2013.

Today, CSC helps businesses, organizations, and government bodies to come out with a comprehensive strategy to fund programs and remove difficulties that weaken their growth potential.

Gianno Is a Regular Contributor to Several Publications

Caldwell also contributes regularly to publications like The Washington Times’ American CurrentSee Magazine and The Hill, while also being a special political correspondent for ExtraTV.

He’s Not Afraid to Voice His Opinions

As a political analyst and commentator, Caldwell has never shied away from expressing his views on the current state of politics in America. Despite being a staunch Republican lobbyist, the current administration has certainly given him a lot of ammunition for his critical editorials.

Aside from that, Caldwell has also written op-eds regarding other major issues that plague the United States, most notably gun violence. Caldwell has a personal stake in this matter.

Gun violence is especially rampant in Chicago, which is why Caldwell gave an emotional plea for state and federal legislators to make significant changes to gun laws.

Caldwell Is a Proud Recipient of the “30 Under 30” Award

For his outstanding work as a political analyst and in recognition of his rising influence, Caldwell was named as one of Red Alert Politics “30 Under 30” Award winners in 2016.

Caldwell was asked what advice he would give to other young millennials and said, “Our generation is the most innovative and diverse; we take big risks, but sometimes we give up easily. My advice is never give up. If it takes 15 years for you to accomplish your goal, stay constant, focused and adjust if necessary, but never give up.”

Excited, humbled and honored to have been selected by Red Alert Politics as a 30 under 30 recipient. Shout out to the other winners. Link in bio. #30under30

Gianno Caldwell Has a College Degree in Psychology

Caldwell studied psychology at Chicago State University from 2005 to 2009 before obtaining a Bachelor of Science degree in psychology from Grand Canyon University.

Does Gianno Caldwell Have a Wife?

With Caldwell being a public figure, people are curious about his personal life and wonder if he has a wife or girlfriend.

According to sources, he is a single man! He even joked about it once as a guest on Fox’s After the Show Show when the hosts were grilling his godmother about the kind of man he is.

She said that he works way too hard! It is well known that Caldwell is a workaholic and has little time for a personal life.

Caldwell grew up in a poverty-stricken family. His mother was a cocaine addict, and he was ashamed of her.

Me as a little guy. Pictured along with my grandfather and grandmother. As you can see I have been wearing suspenders since I was a toddler.

When his mother was unable to take care of him, he went to live with his grandmother at the age of 10. However, she, too, could not provide for him and his siblings.

At the age of 16, Caldwell got a job working as an intern for the Social Security Administration and met a woman who became one of his mentors. The woman took him under her wing and raised him as her own, eventually becoming his official godmother. The two share a mother-son bond like no other.

When Caldwell was young, he used to dream of becoming a pastor or an elected official but had to accept the harsh reality of life when he grew older.

Growing up, Caldwell had to work as a plumbing assistant with his father and grandfather. It taught him the importance of hard work and taking on adult responsibility.

Not surprisingly, he started working for the federal government at the age of 16.

Glimpses of His Life on Social Media

While Caldwell is known to be a very private person, he does share glimpses of his work and public life with people through his Instagram page.

A rare photo with the man that gave me life. My Dad!

Gianno Caldwell’s Instagram account is full of pictures of him speaking on news channels, with his colleagues, with celebrity friends like John Legend, and his solo pictures, as well.

Here is a picture of Caldwell with a stunning backdrop of L.A. It’s captioned: “I used to pray for times like this back in those days when I didn’t have a dollar to my name. Now thanks be unto God, who always causes us to triumph. #LA.”

I use to pray 🙏🏽 for times like this back in those days when I didn’t have a dollar to my name. Now thanks be unto God, who always causes us to triumph. #LA

In addition to his telling Instagram account, Caldwell also spends a lot of time voicing his political opinions on Facebook and Twitter—and he doesn’t hold back!

On April 3, 2019, he tweeted: “I will never understand the person that risk[s] nothing but wants everything. I am referring to socialists, some millennials, and general lazy people. You can change your circumstances if you choose to work and seek knowledge on how to better your life.”

He Is a Prolific Figure in American Politics

Caldwell is a rising star in the world of political analysts. He has made a name for himself with his sharp and well-thought-out comments on various political and social issues.

Caldwell is known for unwaveringly and unapologetically expressing his political views. The most recent example of this is his appearance on Fox News where he discussed the Democrats’ 2020 promise to provide reparations for slavery.

He said, “What the Democratic candidates are looking to do is say, ‘Hey, vote for us. And at the end of the Democratic rainbow, if we win, there’s going to be a big check for you.’” In the same segment, Caldwell boldly claimed that the promise was an attempt to entice black voters to vote blue in the next election and that it was a “scam” and a “con job.”

Whether his statements are accurate remains to be seen, but one thing is true: he certainly speaks passionately and makes some compelling arguments.

In the ever-confusing American political landscape, Caldwell is providing people with an opportunity to understand how decisions at various levels affect their day-to-day lives. He never holds back on his opinion and always looks at both sides of the argument, which is a quality people admire about Gianno Caldwell!