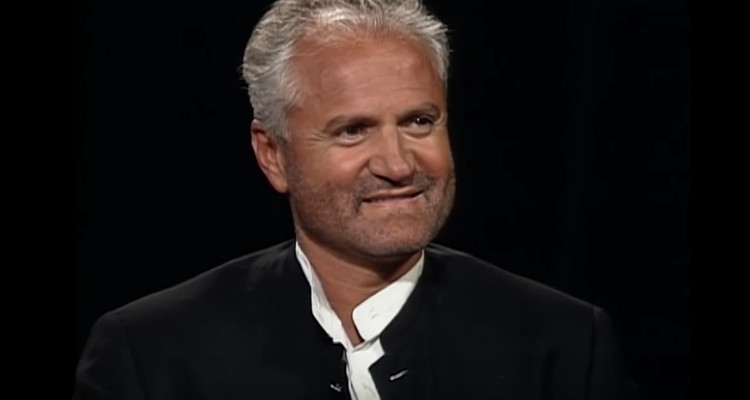 Versace brought fashion, music, and royalty together. After his life was abruptly cut short, his sister, Donatella Versace, made his fashion house a strong presence throughout the entertainment industry.

The label never goes out of style and is still going strong today. As a result, the slain Versace owner has amassed an estimated $1.0 billion net worth decades after his death.

How Rich Was Gianni Versace?

– Giovanni “Gianni” Versace was born in Italy, on December 2, 1946; he was the middle of four children born to dressmaker Francesca Versace and her husband.

– Influenced by Greek history and the art that surrounded him as a child, he started as an apprentice at his mother’s sewing business.

– Versace moved to Milan at the age of 26 to begin a career in fashion design.

– In 1973, he designed for Byblos by Genny’s, an Italian ready-to-wear line; it later became independent and is still running today.

– With the positive reception of his designs, the couturier presented his first signature collection for women at the Palazzo della Permanente Art Museum of Milan; this was followed with his first fashion show and boutique in Milan’s Via della Spiga in 1978.

– Gianni Versace made fashion shows a spectacular event, which gave rise to “supermodels” by agreeing to pay exorbitant paychecks to the “fab four” models of that time—Naomi Campbell, Cindy Crawford, Linda Evangelista, and Christy Turlington.

– The designer picked the best photographers like Richard Avedon to showcase his collections.

– Versace combined fashion with music and royalty; his close friends and biggest clients were the late Princess Diana and rock ‘n’ roll elites like Elton John, Cher, Madonna, and Sting.

– Casa Casuarina, Gianni Versace’s Miami mansion where he was killed, was sold in 2000 for $19.0 million and operates as a boutique hotel.

Here’s how Versace’s current value compares to other mega-designers, both dead and alive:

– After his death, his wealth was divided among his family and boyfriend of 15 years, Antonio D’Amico; his will was reportedly drafted when he was suffering from cancer.

– Versace left 50% of his empire to his favorite niece, Donatella Versace’s daughter, Allegra Versace, who was 11 at the time of his death; she inherited her stake in Versace S.p.A. when she was 18.

– In 2013, Allegra Versace’s stake was valued at an estimated $2.3 billion; with a $900.0 million estimated net worth, she is the richest Versace alive.

– Versace’s boyfriend, Antonio D’Amico, was to receive approximately $29,000 as a monthly pension and the right to live in any of his homes around the world; he had a strained relationship with the Versace family, which led to him receiving only a fraction of the pension, and a restricted right to live in Versace’s homes.

– The remaining 50% of Versace’s empire was split between his siblings; Santo Versace got 30% while Donatella Versace got 20%.

Donatella Versace revived House of Versace and made it known for its designs and not the tragedy. She continued to build the empire, which is reportedly worth $1.7 billion today.