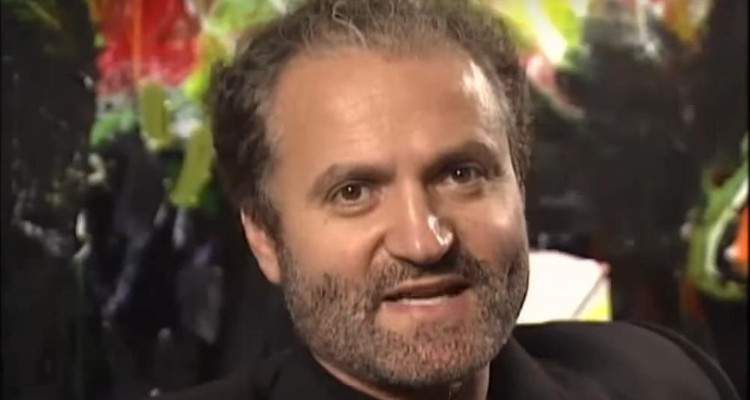 It has been almost 21 years since the murder of Gianni Versace. The Assassination of Gianni Versace: American Crime Story will premiere January 17, 2018 on FX, and already has people curious to learn the details surrounding Gianni Versace’s death. Where was he killed? Who killed Gianni Versace? For more about when Versace was murdered, keep reading.

FX will premiere The Assassination of Gianni Versace: American Crime Story on Wednesday, and give fans a new perspective on the designer’s life.

The show is based on the book, Vulgar Favors: Andrew Cunanan, Gianni Versace, and the Largest Failed Manhunt in U.S. History by Maureen Orth, and sparked an interest in Versace’s death. To get some insight before the premiere, we have a timeline of Gianni Versace’s death below.

The Birth of a Mogul

Donatella and Gianni Versace at the Met Gala, 1996 ? @rose.hartman

Giovanni Maria Versace was born on December 2, 1946, in Reggio, Calabria, Italy. He has an older brother, Santo, and a younger sister, Donatella. It looks like fashion runs in the family as his mother, Francesca was a dressmaker. At the young age of 26, Versace moved to Milan to work in the fashion industry.

Such a beautiful memory with his dear friends! #gianniversace together with #supermodel #claudiaschiffer and #superstar #eltonjohn back in the times • Come to see THIS CHECKERED SUIT and other outfits of ELTON JOHN live and original at our exhibition #gianniversaceretrospective #gvr #fashionexhibition #art #tb #berlin

A post shared by Gianni Versace Retrospective (@gianniversaceretrospective) on Jan 16, 2018 at 1:25am PST

Versace opened his first boutique in 1978, in Milan, Italy. He worked hard to become a well-known name in the industry and soon designed clothes for big names like Princess Diana, Elton John, Tina Turner, and Madonna. Versace expanded his fashion empire and went on to produce home furnishings, fragrances, and makeup.

When Was Versace Murdered?

On July 15, 1997, Versace returned to his Miami Beach mansion on Ocean Drive from a local café. His assistant usually picked up the morning paper from a coffee shop, but the designer decided to do it himself that day.

Versace was reportedly shot twice, once in the face and neck behind the left ear. Who killed Gianni Versace? Spree killer Andrew Cunanan ran away after firing the shots. A witness tried to chase him, but was unsuccessful. Versace died at the age of 50.

At the time of his death, Versace was in a relationship with Antonio D’Amico, who was inside the house when the shots were fired. He ran outside and saw Versace lying in a pool of his blood. “I felt as if my blood had turned to ice. The house had stained glass windows so we couldn’t see what had happened from inside, so we had to open the gate.”D’Amico said, “I saw Gianni lying on the steps, with blood around him. At that point, everything went dark. I was pulled away, I didn’t see any more.”

The Reason behind His Death Remains a Mystery

Gianni Versace is said to be Andrew Cunanan’s fifth and final victim. Eight days after murdering the designer, Cunanan used the same gun to kill himself on a houseboat, leaving his motive unknown. Miami Beach Police Chief Richard Barreto said, “I don’t know that we are ever going to know the answers.”

On July 22, 1997, Versace’s funeral was held at Milan Cathedral in Milan, Italy. His ashes were given to his family’ estate near Cernobbio, Italy. Elton John, Princess Diana, Carla Bruni, Naomi Campbell, and Sting are among those who attended the service.