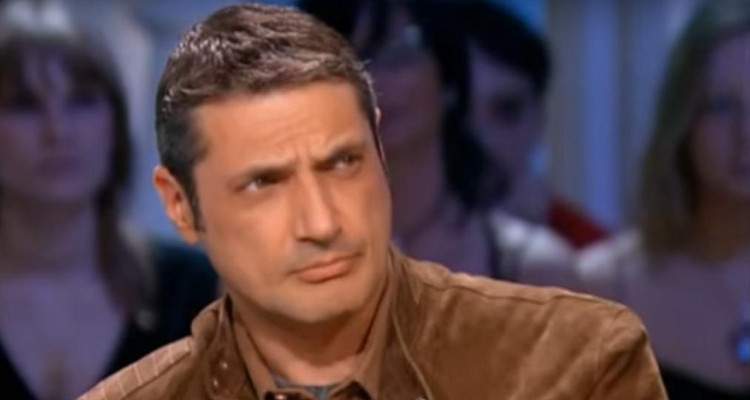 The murder of Italian couturier, Gianni Versace, will be retold in the latest season of American Crime Story. With a cast that boasts an uncanny resemblance to their real-life counterparts, the focus is back on those who were connected to Versace.

Antonio D’Amico, the designer’s longtime lover, will be portrayed by Ricky Martin on ACS. But with the family slamming the show, what is D’Amico’s take on it? Where is Antonio D’Amico today?

Keep reading to get the full scoop!

Antonio D’Amico was born in the Brindisi province of Italy before he moved to Milan. The model met Gianni Versace, who was nearly 13 years his senior, in 1982. Their romance went on for 15 years, during which D’Amico worked as a designer of Versace’s sports line.

Gianni Versace was killed by Andrew Cunanan on July 15, 1997, on the steps of his Miami mansion, while D’Amico was in that very house. D’Amico and Versace’s butler found the couturier lying on the steps in a pool of his own blood.

The Aftermath of Versace’s Death

After Versace’s death, his fashion empire was divided among D’Amico, Versace’s brother and sister, as well as nieces and nephews.

According to the designer’s will, D’Amico was to receive a monthly pension of approximately $30,000, and the right to live in any of Versace’s homes in Italy and the U.S.

However, tensions between D’Amico and the Versace family came to a head after the designer’s death. D’Amico had a strained relationship with his boyfriend’s family, especially Donatella. After Versace’s death, they cut ties with D’Amico completely.

D’Amico’s right to Versace’s residence was restricted because all the properties owned by the designer belong to Versace S.p.A. He received a fraction of the pension and chose not to contest for more.

It was never about the money and the houses for D’Amico. With the death of his lover, he went from partying with the likes of Elton John to shutting himself off from the world.

Antonio D’Amico said, “I had never been through a depression and never saw a therapist as I was advised to: why did I need to tell someone else what had happened when I knew I was this way because Gianni’s death had torn me in two? I was in a nightmare, I felt nothing and gave no importance to anything … the house, the money … because it felt false to have expectations of life.”

D’Amico secluded himself from the public eye and maintains an extremely private life. Although he doesn’t have any social media accounts, you can still find plenty of Antonio D’Amico’s photos on the Internet.

While Versace’s murder was pored over in books, documentaries, movies, and now a TV show, D’Amico largely stayed out of it. He reportedly started his own fashion label, but the details are unknown because he chose to keep out of the attention surrounding his partner’s death.

Now, D’Amico broke his silence 20 years after Versace’s death to slam the show. He said that the images he saw online and how he really reacted to his boyfriend’s death are different. D’Amico was in the mansion when he heard the gunshots.

“The picture of Ricky Martin holding the body in his arms is ridiculous,” D’Amico said, adding that the director took “poetic license” to mimic Michelangelo’s Pietà in that scene.

“I felt as if my blood had turned to ice,” D’Amico said about what truly happened. He and Versace’s butler went out to investigate the source of the sound.

“The house had stained glass windows so we couldn’t see what had happened from inside, so we had to open the gate. I saw Gianni lying on the steps, with blood around him. At that point, everything went dark. I was pulled away, I didn’t see any more,” said D’Amico.

D’Amico also denies the theory that Versace met Cunanan before.

The Versace family and Antonio D’Amico have not consulted on the show. The now 58-year-old has no plans to watch ACS, but he spoke to Ricky Martin after slamming the show. Martin explained that the paparazzi shots of the filming were taken out of context.

Versace’s death shattered his world. @ricky_martin is Antonio D’Amico when The Assassination of Gianni Versace premieres in 3 days on FX. #ACSVersace pic.twitter.com/liPJQTQODA

“You have to see what we’re doing, and you’re going to be so pleased with everything,” Martin said about the conversation he had with D’Amico. “We’re treating this story with a lot of respect and really serious about it. I’m so happy with the results. It’s very dramatic and powerful, but you will also see a lot of love. The love between Antonio and Gianni was a very beautiful one.”