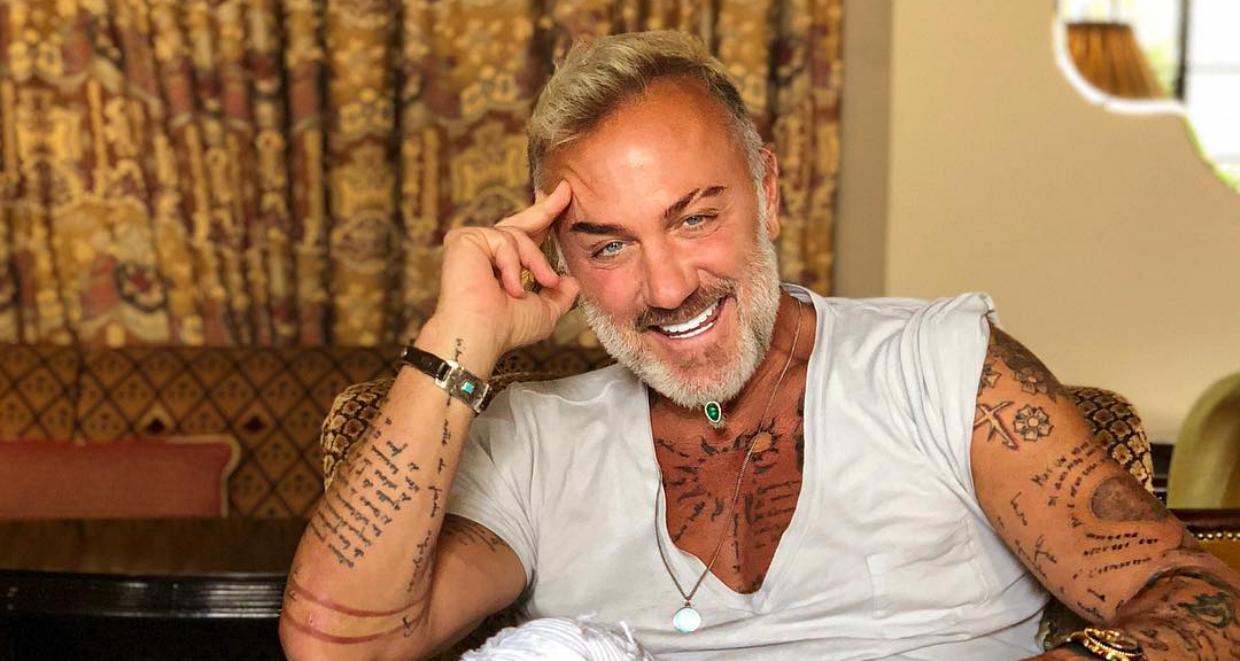 Gianluca Vacchi is giving people all over the world dancing and fitness goals. He frequently flaunts his killer moves with his partner on Instagram. Who is Gianluca Vacchi? Keep reading as we reveal some details from Gianluca Vacchi’s wiki.

Gianluca Vacchi has been doing rounds on the Internet for several reasons. From his style and looks to his tattoos, killer body and dance moves, it is hard not to take notice of him. People love him because of his eccentric personality, and the way he makes age look like nothing but a number! If you have an Instagram account, you probably stumbled upon a clip of Gianluca. But there is more to him besides what we see on Instagram.

Gianluca Vacchi definitely knows how to party with his friends. Gianluca Vacchi and Giorgia Gabriele (“Italy’s hottest couple”) recently partied up a storm in Miami, where celebrities like 50 Cent and Cathy Guetta were in attendance.

Gianluca was in Miami DJing and hosting VIP events, but he still knows how to live it up, even while working. From his adventurous lifestyle to his love for comfortable pyjamas, here is everything you need to know about the 49-year-old business tycoon.

Gianluca was born on August 5, 1967, in Bologna, Italy. In the late ’60s, his father started Industria Macchine Automatiche S.p.A. (IMA), which is a multinational company worth more than $2.0 billion. IMA is a corporation that designs and manufactures machines used in processing and packing vehicles, pharmaceuticals, and food production.

Gianluca has an economics and business degree, after graduating from Studiorum University in his hometown of Bologna.

Gianluca’s net worth is estimated to be $450.0 million with an approximate annual income around $20.0 million and monthly income of $1.6 million. His money is earned through his business ventures, as well as his 2016 book, Enjoy.

In 2006, Gianluca started a designer watch company called ToyWatch, but sold it the next year. He was also involved in the collapse and shut down of the Italian holding company, Parmalat, due to which he was sentenced to be imprisoned for three and a half years.

Gianluca was back on his feet in 2011 after a collaboration venture with Lapo Elkann. He co-branded several watches and sunglasses for the unique and limited edition line. Currently, Gianluca is the president of Societa Europea Autocaravan S.p.A.

Gianluca Vacchi has 8.5 million followers on Instagram. He is often seen hanging out with several A-listers like Zac Efron. Gianluca’s Instagram account is full of expensive cars, yachts and exotic places. On top of it all, he is inspiring others to keep fit as he believes in working out every single day. Maybe that’s his secret to looking so young! 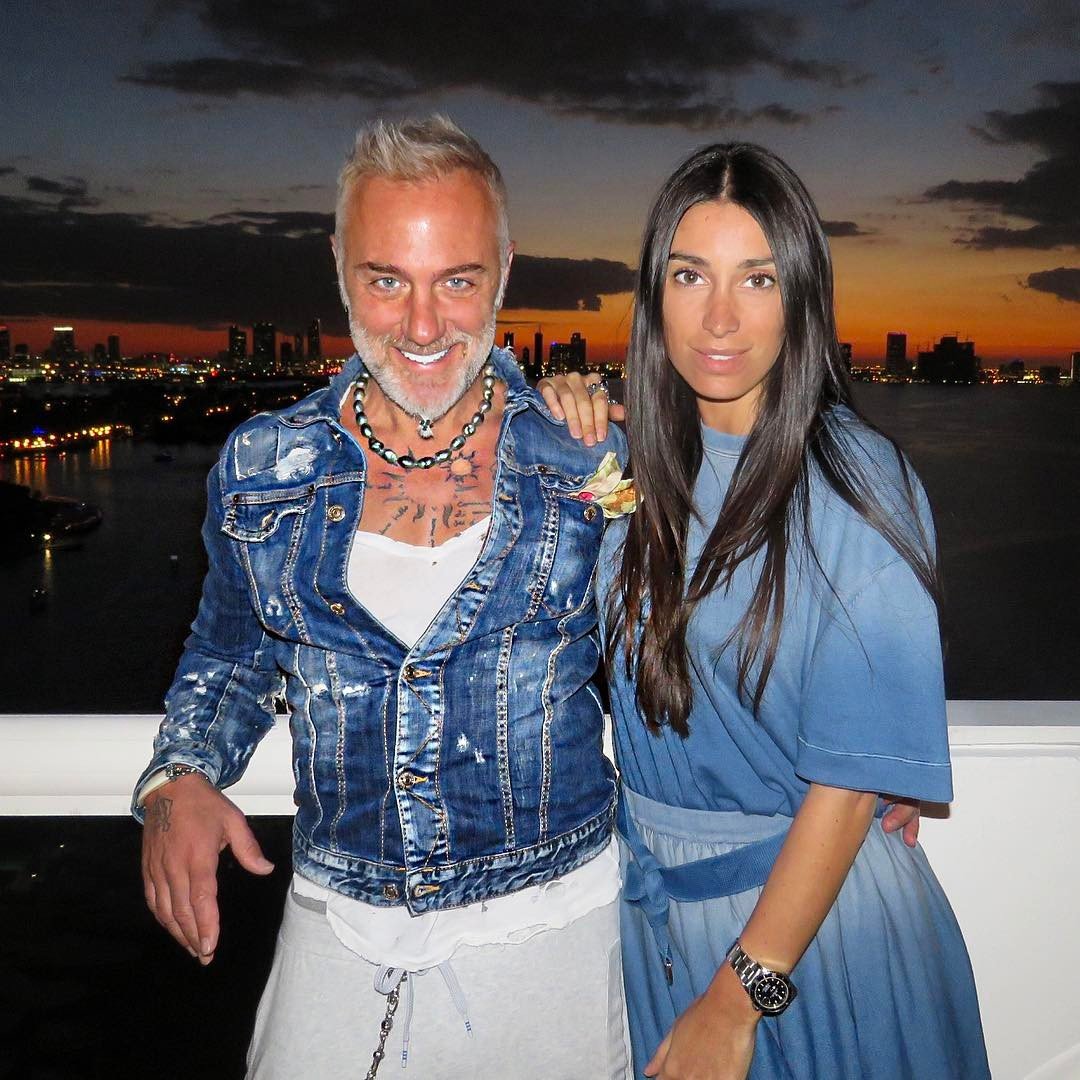 If you follow Gianluca on Instagram, then you must have often spotted the beautiful woman almost always at his side. That woman is his girlfriend, Giorgia Gabriele, whom he met at a party. Though they are not yet married, they are devoted to each other and are already talking about having kids.

He Had a Near Death Experience from a Bacterial Infection 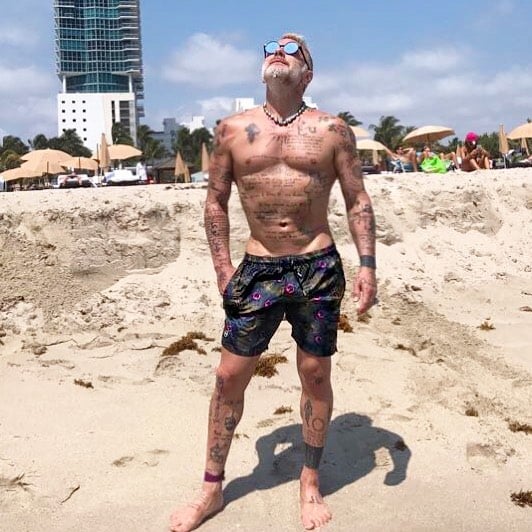 Last year, Gianluca suffered from a deadly infection and was admitted to the hospital. He did not reveal the cause of his illness but he did say, “When you risk your life everything has more value , the grass is more green and the sky is clearer.” It was his girlfriend who spoke out, saying that Gianluca had high temperature and extreme swelling.

He was diagnosed with Necrotizing Fasciitis, a flesh eating infection that kills soft tissues within the body, which he contracted while using a needle to remove a hair or pimple. He has since made a full recovery.

Gianluca is an Accomplished DJ

Adding to his list of skills, Gianluca is also a successful DJ. The largest event that Gianluca has DJ’d was the New Years Eve party at the Swiss hotel, Ultima Gstaad. It was known as the “Gatsby Party” and boasted a guest list filled with celebrities.