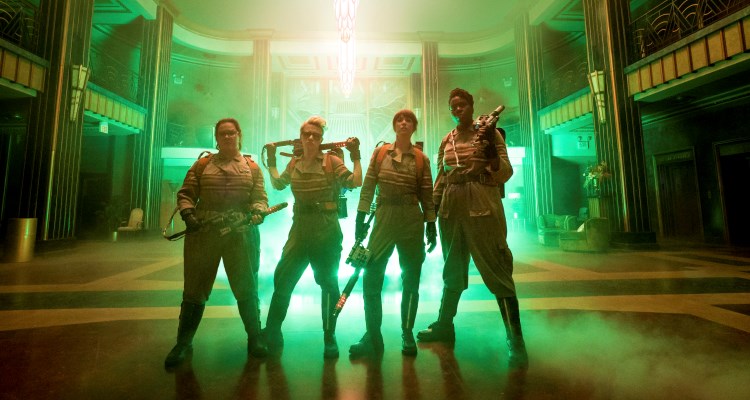 If you’ve seen the Ghostbusters trailers, then you already know that Jones’ character is simply hilarious. She is one of the many reasons you should go and see this movie. Jones gained true fame while doing sketches on Saturday Night Live and was one of the oldest members to join the show; she was 46 at the time she was cast. Jones was not intimidated by the lengthy and arduous process that SNL is known for before hiring a new comedian. She actually wrote for SNL before initially being on screen, where she would make a series of controversial sex and slave jokes. Jones still does stand-up but she carefully chooses who she picks on for her jokes.

Best known for her role as Sookie St. James on Gilmore Girls and Molly in Mike and Molly, McCarthy has made quite a name for herself since then. Some may not know that she met her husband, Ben Falcone, during a Groundlings writing class in 1998 and they now have two daughters together. Falcone has actually appeared on screen with his wife in movies such as: Bridesmaids, Tammy, The Heat, and most recently, The Boss. In Ghostbusters, she’s playing Dr. Abby Yates, a co-author of a book that exposes the truth and existence of paranormal activity.

Wiig, is now playing Dr. Erin Gilbert, a professor at Columbia University who gets roped into battling ghosts to save New York. But as many may or may not know, after Wiig made her onscreen debut (in Knocked Up) she eventually ended up producing the hit comedy Bridesmaids, also co-starring McCarthy. After Judd Apatow’s Knocked Up, he asked Wiig to brainstorm a few ideas for a new screenplay. Wiig sat down with her friend, Annie Mumolo and they came up with Bridesmaids, which Apatow produced. Wiig received an Oscar nomination for her writing and a Golden Globe for her performance. Is anyone else excited to see Wiig’s character get slimed on by monsters?!

McKinon graduated from Columbia University and also got noticed through SNL, much like many of her fellow cast members. She appeared on the Big Gay Sketch Show for many years before joining SNL in 2012, and is one of the few openly gay cast members on the hit live show. She’s best known for her celebrity impressions of Justin Bieber, Hilary Clinton, and Ellen DeGeneres. Excited to see her kick butt on Friday?

Ghostbusters premieres this Friday July 15, at a theatre near you!