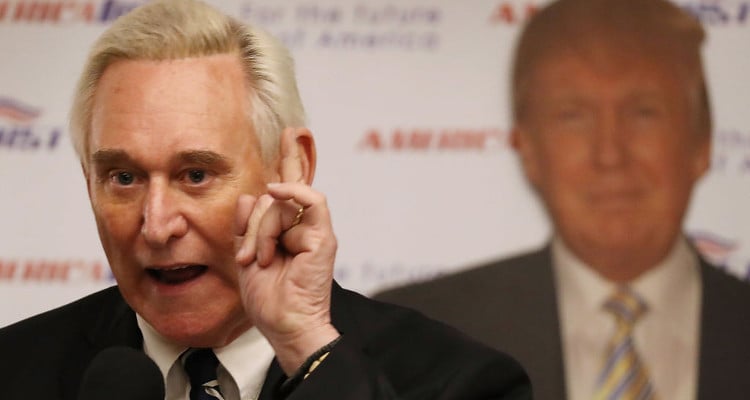 Be prepared for the new political documentary, Get Me Roger Stone, which will premiere on Netflix. The documentary follows the highly controversial political strategist, Roger Stone and fans are already salivating at the idea of this special coming to Netflix.

We can always count on no-holds-barred entertainment from Netflix, and this time the streaming service is set to premiere Get Me Roger Stone. The documentary focuses on Roger Stone, the infamous political lobbyist and strategist who was an adviser to President Donald Trump during his election campaign. He has been called the “master of dark political arts” and slammed for his “incredibly capacity for treachery,” and his “win-at-all-costs mentality” among many other things. It’s all these traits of Roger Stone that make Get Me Roger Stone a must-watch. Who stars in this documentary? Take a look at the Get Me Roger Stone cast, right here.

What’s the Documentary About?

A synopsis for the documentary reads, “Roger Stone, known as a master of the dark arts of politics, plants the seeds that allow businessmen and moguls such as Donald Trump to enter the political arena and upend the establishment.” That ups the anticipation already!

The documentary delves into the transformation of American politics, particularly the history of conservatism in the country. It starts with President Nixon’s downfall and continues to the rise of President Trump, while focusing on the man plotting it all. It’s rife with tall tales of Stone —from his dirty tricks to make Kennedy win over Nixon in a mock election at school to cradling Bobby Kennedy— which are almost too unbelievable to be true.

Get Me Roger Stone first premiered at the New York Tribeca Film Festival and already has mainstream attention for a man like Stone, who wears the hatred towards him like a badge of honor. He distances himself from the Trump administration, yet has his claws deep in it. This documentary comes when both President Trump and Roger Stone are denying the lobbyist had anything to do with James Comey being fired as FBI director.

You cannot have a Roger Stone feature without Roger Stone himself. Trump’s former campaign adviser plays both narrator and villain in Get Me Roger Stone. Directed by Dylan Bank, Daniel DiMauro, and Morgan Pehme, the documentary has no actors. These are real people playing themselves.

Stone has no qualms portraying himself as a sleazeball. As the narrator, he embodies the hate that drives American politics. He lists the principles he calls “Stone’s Rules,” one of them being: “It is better to be infamous than to never be famous at all.” If that doesn’t tell you the kind of man he is, than how about this second Stone’s rule, “Hate is a more powerful motivator than love.”

There are, of course, a few talking heads besides Stone, mostly experienced journalists. New Yorker writers Jeffrey Toobin and Jane Mayer, who have intimate knowledge of the history are both part of the cast, along with Fox News personality, Tucker Carlson.  Stone’s long time lobbying partner, Paul Manafort is also featured in the documentary.

The only person in this documentary bigger than Stone is Donald Trump. The president sat down for Get Me Roger Stone before he ran for president and heaped praises on the strategist. He talks about how he came to hire Stone as his campaign adviser, a position he would later fire him from (Stone claims he quit). Conspiracy theorist Alex Jones is also in this documentary. If you remember, Trump praised Stone on Jones’ show after he left the campaign under dubious circumstances and speaking poorly of him in another interview.

While Netflix is marketing the documentary as “Provocative, Controversial, Scandalous, and Dark” you can’t pass up Get Me Roger Stone. Check out the official trailer below!

Get Me Roger Stone will premiere on Netflix on Friday, May 12.