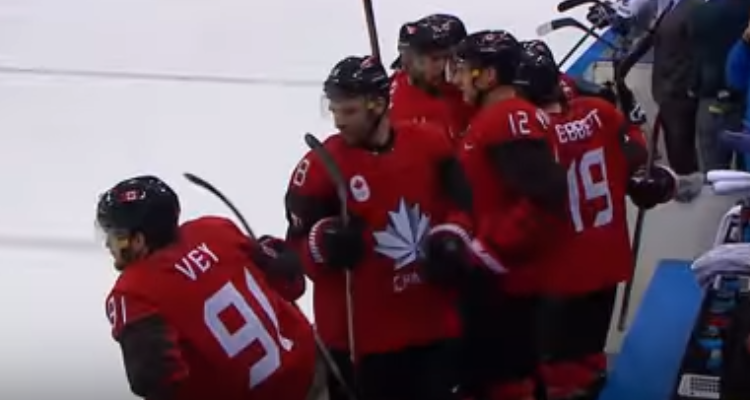 Germany’s ice hockey team pulled off the upset victory against team Canada in the 2018 Pyeongchang Winter Olympic semi-final match-up. Germany dominated the game from the start to the finish, which didn’t give the defending champions much of an opportunity to repeat a Gold medal win. So, what’s next for both countries? We’ve got all the men’s hockey highlights and more about the final games to come!

What Happened During the Game?

With only 3:21 played in the second period, Germany built on their lead with their second goal. Just three minutes later, Germany scored another goal and was comfortably sitting with a 3-0 lead!

After the third goal, Germany received a penalty for roughing and was shorthanded for two minutes, which was a big mistake. Team Canada took advantage of the power play and finally got on the board with their first goal of the game. However, the one goal by team Canada didn’t impact Germany’s game play, as they scored their fourth goal to expand their lead back to three goals. After 40 minutes of play, Germany had a comfortable 4-1 lead.

Team Canada came out strong in the third period; they scored two goals in under 10 minutes! Team Canada once again had hope with only being one goal behind, and the possibility of overtime in their sights. However, team Canada’s effort came up short, as they did not score any goals in the last 10 minutes of the third period. Germany won the game with a final score of 4-3.

What’s Next for Team Canada and Germany?

Before the closing ceremonies, Germany with will be playing the tournament favourites, OAR (the team made up of Russian hockey players) in the gold medal match. The game will take place 1:10 p.m. local time (23:10 p.m. Eastern Time), on Sunday, February 25, 2018.

Canada will still have the opportunity of standing on the medal podium as the bronze medal winners, with a victory over the Czech Republic. The game will take place on Saturday, February 24, 2018, at 9:10 local time (7:10 p.m. Eastern Time).