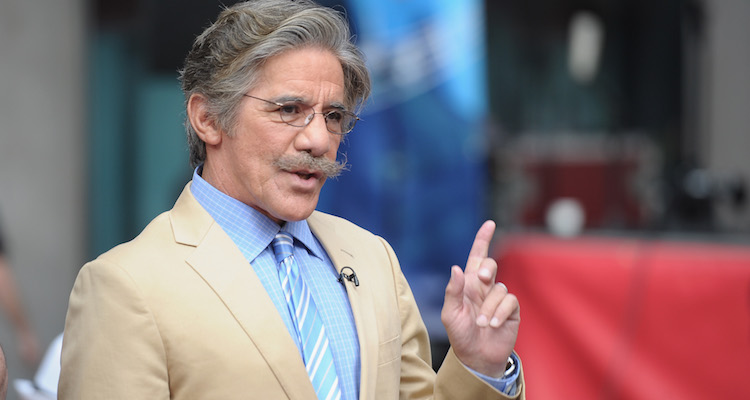 The name Geraldo Rivera means different things to different people depending on their age. Younger viewers recognize him as a right-wing reporter and talk show host at Fox News. Viewers who grew up in the 1980s remember Rivera from his trashy talk show roots, pioneering a format that would later be used by Jerry Springer to great success. In this Geraldo Rivera wiki, we shall explore all sides of the man who’s been both a celebrated journalist and a pariah to his peers. We’ll look at his humble beginnings, Geraldo Rivera’s net worth, and everything in between. Much like Al Capone’s vault, there will be a fair amount of dirt.

Born on July 4, 1943, in Beth Israel Medical Center in New York City, New York, Geraldo Rivera’s age is 74. His parents were a Catholic Puerto Rican Cab driver named Cruz “Allen” Rivera and an Ashkenazi Russian Jewish mother named Lillian. He used New York as a home base for a large portion of his life. Due to the time period, Rivera and his family were occasional targets of racism, and they spelled their last name “Riviera” for a short while, as they felt it sounded less exotic. He earned a BA in business from the University of Arizona in 1965 and then a law degree from Brooklyn Law School in 1969. It was while working as a lawyer that he came to the attention of WABC-TV news director, Al Primo.

Primo felt that there was something worth looking at in Rivera, and offered him a job. In order to make up for the fact that he lacked experience, Rivera was sent to study at Columbia University Graduate School of Journalism in a summer program for minorities. There was one catch, Primo wanted a more Latino sounding name, so Gerald became Geraldo. Rivera’s career in broadcasting hit the ground running. Two years into his career, he won a Peabody for an investigative report he did on Staten Island’s Willowbrook State School, and the abuse and neglect of its patients with intellectual disabilities. He was part of one of the first major news programs to talk about AIDS, and stayed with ABC until being fired in 1985.

Just did https://t.co/BfDjli2kCq & discovered my sibs & I are proudly 10% Native American, no doubt from dad’s mom Tomasa a true Taino-all dignity & strength she had 17 kids-The Indigenous folk loved this battered Island & made PR the ‘rich port’ long before the Spanish arrived pic.twitter.com/tYWDpzQDrY

From there, he went on to do a syndicated special about Al Capone’s vault, which garnered huge ratings but a disappointing end. On the rating success of the special, Rivera went on to his own syndicated talk show, Geraldo, which tackled numerous topics but also pioneered the ‘car crash’ mentality that has now been pushed to the limits by programs like The Jerry Springer Show. In 1988, he broke his nose during a large brawl that took place during a taping of his program, which involved white supremacists. The tabloid format continued until the show ended after 11 years. He then hosted a show on CNBC from 1994 to 2001. Geraldo Rivera’s Fox News career began in 2001 as a war correspondent. He’s been with the network hosting a talk show or investigative reports ever since.