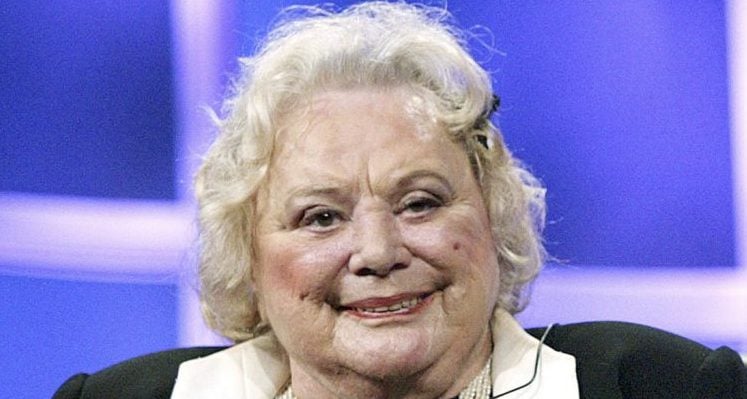 Rose Marie may not be a household name to many younger readers, but to many of us of a certain age, she was fairly well-known. She appeared on everything from the Dick Van Dyke show to S.W.A.T. and Wings. And although Rose Marie’s dead, her legacy may live on through her daughter. Read all about the life and career of Rose Marie’s daughter in this Georgiana Marie Guy wiki, right here.

Given that one of her first jobs was as an executive assistant to Rudy Tellez when he launched The Tomorrow Show in 1973, Georgiana Marie Guy was probably born some time in the 1950s. So, she is more than likely in her 60s as of this writing.

Georgiana Marie Guy’s father, Bobby Guy, was a well know trumpeter and a member of the NBC orchestra before his passing. Meanwhile, her mother, Rose Marie, had one of the longest careers in show business, starting as a singer at the age of three and worked all the way into her 90s.

With both of her parents being in show business, it’s not too surprising that Guy went into the entertainment industry herself. What you might find surprising is that instead of becoming a singer or an actor, Guy went behind the scenes.

Guy began as an executive assistant to producer Rudy Tellez on The Tomorrow Show. But when Tellez left the show, she ended up with Joel Tator. It was Tator that encouraged Guy to take a more active role in the production, and he eventually began giving her segments to produce for the show.

When The Tomorrow Show moved from Burbank to New York, Guy went to work for Independent Production Companies and KNBC, where she was an associate producer on a program called The Saturday Show. She would go on to produce over 60 live remote pieces for the show and even did a segment on her mother’s touring show, 4 Girls 4.

Much like her early life, Guy’s personal life is rather private. We know that Georgiana Marie Guy’s husband is a man named Steven Rodrigues.

Rodrigues is an award-winning director. He worked with NBC for 44 years on many of their news programs, both locally in California and nationally. The two met while they were both working on The Saturday Show.

In her free time, Guy is an accomplished equestrian with numerous national and local titles under her belt. Georgiana Marie Guy’s commitment to the sport is such that she served as the first female president of the Pacific Coast Horse Shows Association and still serves on their board of directors to this day.