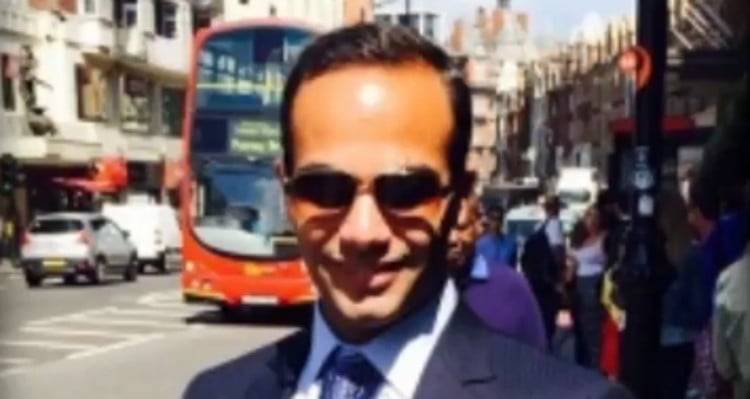 Although George Papadopoulos played a small part in Trump’s 2016 campaign, he has opened a can of worms, creating more trouble for the new President. The former foreign policy adviser pleaded guilty in early October to his connections with the Russians, which is rumored to have fueled the campaign.

Read more about it in our George Papadopoulos wiki, right here.

George Papadopoulos has a Greek heritage and was born in August 1987, making his age 30. Although there is nothing much known about his childhood, we do know that he graduated in 2005 from Niles West High School in Illinois.

After high school, Papadopoulos attended DePaul University and graduated from there in 2009 with a Bachelor of Arts degree. He specialized in political science and government, including international politics.

Papadopoulos immediately moved to London to pursue a master’s degree from the University of London. He graduated with a Master’s of Science degree, where he wrote a dissertation on the “deleterious effects of low governance and state capacity levels in the Middle East.”

Papadopoulos gained more exposure at the Hudson Institute, where he was a research intern.

In 2015, Papadopoulos was involved in Ben Carson’s campaign on the National Security and Foreign Policy Advisory Committee. A year later, he joined Carson’s campaign again when he became a Republican presidential candidate.

Papadopoulos then joined Trump’s campaign and was a foreign policy adviser for the year. During that time, he allegedly sent several e-mails to campaign officials that contained sensitive information about Vladimir Putin.

The national campaign co-chairman at the time, Sam Clovis, had encouraged Papadopoulos to take a flight to Russia to meet with some Russian officials there. They claimed that they had “thousands of e-mails” containing “dirt” on Hilary Clinton. However, this was before the e-mails were leaked, which the U.S. Intelligence believes was done by Russia.

Papadopoulos e-mailed, “The Russian government has an open invitation by Putin for Mr. Trump to meet him when he is ready.” This led to another string of e-mails between Paul Manafort and Rick Gates, which stated that a person of non-importance should go instead of Trump himself.

George Papadopoulos was arrested at Dulles International Airport back in July 2017. The arrest was made based on some computer files that were recovered from his Virginia home after a no-knock warrant was issued. Prosecutors stated that Papadopoulos was the thread that connected the Russian government to Trump’s campaign.

Papadopoulos confessed and pleaded guilty of lying to the FBI as per court documents. He confirmed all the connections he made during the campaign, and a London meet also surfaced.

The former campaign staffer had gone to London to meet with Joseph Misfud, the London Academy of Diplomacy’s director. He had brought with him a Russian female official, who then kept in touch with Papadopoulos.

According to Bloomberg, the Russian national wrote to Papadopoulos, “As mentioned we are all very excited by the possibility of a good relationship with Mr. Trump.”

The young political official faces a harsh sentence of five years in prison and a $250,000 fine, which was made public on October 30, 2017.

The plea agreement with lawyers Robert Stanley and Thomas Breen stated that Papadopoulos should serve no more than six months. And, he might be able to skip prison, too.

There isn’t much known about George Papadopoulos’ family. But he did live with some relatives in Virginia.