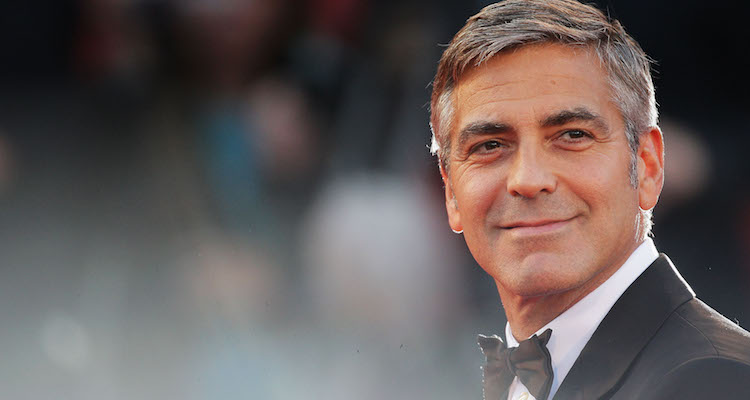 George Clooney and his wife Amal just announced that they are donating $500,000 to support the students from Marjory Stoneman Douglas High School who will march to demand political change for gun control. In fact, the couple said they would even join the students for the march, which will be held on March 24, 2018, in the nation’s capital. Here’s what you need to know about how George Clooney made his net worth in 2018 of about $500.0 million.

The rally titled the “March for Our Lives” is being organized after last week’s mass school shooting in Florida. In a statement, Clooney said, “Our family will be there on March 24 to stand side by side with this incredible generation of young people from all over the country, and in the name of our children Ella and Alexander, we’re donating 500,000 dollars to help pay for this groundbreaking event.” Fans were overwhelmed with the announcement and it seems other stars may be following suit.

Their actions started a chain reaction, with Oprah Winfrey tweeting that she would match their donation for the cause, as well!

“These inspiring young people remind me of the Freedom Riders of the 60s who also said we’ve had ENOUGH and our voices will be heard,” she wrote. Steven Spielberg has since also pledged to match the donation!

The news of the shooting really hit home for the Clooney’s, as they recently welcomed twins into the world. Last year, George Clooney appeared on Jimmy Kimmel Live! and fans expected to see his twin babies in tow. Instead, the audience (and Kimmel) was treated to a surprise visit by Matt Damon with a baby buggy (sans Clooney twins), as he dueled in wits and insults against the host. (The two have a hilarious ongoing rivalry, to the entertainment and enjoyment of everyone else.)

After the anticipation about his twins, people are wondering who George Clooney’s kids are and what George Clooney’s net worth is estimated at, especially after donating $500,000 with no problem. Well, with estimates putting George Clooney’s net worth at a whopping $500.0 million, he really has no problem shelling out that kind of dough—especially for such a worthy cause! How did he earn those stacks on stacks of cash? Through his success as an actor, of course. And being known for over a decade as every woman’s fantasy man has certainly helped earn him a ton of roles! Read on for the details on how he made his huge fortune!

George Timothy Clooney (famously nicknamed “Gorgeous George”) stands 5’11” and was born May 6, 1961, in Lexington, Kentucky. The silver fox is a definite Hollywood A-lister, having acted in over 45 movie and television roles throughout his lengthy career.

When it comes to wives, George Clooney has been married twice. In 1989, he married actress Talia Balsam, but the couple divorced in 1993. Balsam has acted in over 30 film and television roles including Mad Men, No Strings Attached, and Divorce.

Clooney seemed to stay away from long-term commitment until 2014 when he married British-Lebanese beauty, Amal (Alamuddin). She specializes in international law and human rights and works as a barrister at Doughty Street Chambers. Though often riddled with rumors of a split, George and Amal Clooney seem to be happier than ever, especially now that they’ve had the twins!

If you’re wondering about George Clooney’s divorce settlement allegations, the news was cleared up in December 2016. Reports surfaced that the couple was living separate lives, and a headline even announced that Clooney was settling with $300.0 million and his Lake Como villa. The article alleged that the reason for the divorce involved disagreements on having children. But these rumors were laid to rest and the couple is adamant that they are just maintaining a level of privacy. Evidently, they are not headed for a divorce.

Amal gave birth to the couple’s twins last spring, and Clooney recently showed them off at the Suburbicon after-party. He was showing pictures of his babies on his cellphone to a group of people at the event, and according to a source, “He had the biggest smile on his face, like he was so proud to show off his kids. He was beaming.” How sweet!

Ever wondered what George Clooney’s salary and earnings are? Well, after decades of acting, his net worth is estimated at an enormous $500.0 million! Believe it or not, his wealth does not only come from his Hollywood career. Clooney is also a tequila tycoon! In 2013, he and two of his friends created a company that manufactures tequila—one he claims legitimately tastes better! (Does any tequila actually taste good?!)

They called the brand Casamigos, and it became so popular that liquor giant Diageo sought to pay up to $1.0 billion to obtain it! According to the liquor’s website, “Our idea was to make the best-tasting, smoothest tequila whose taste didn’t have to be covered up with salt or lime. So we did!”

As for his acting career, he had several roles and guest spots on sitcoms, live comedy shows, and even made several cameos throughout the 1980s and 1990s, before landing bigger roles in television, and then the big screen. He also worked behind the camera, directing Confessions of a Dangerous Mind (2002), and Good Night, and Good Luck (2005).

Ever wondered how an A-lister like Clooney lives? What kind of luxurious living conditions does the celebrity have? George Clooney’s houses span from Los Angeles to England and it’s clear he has no problem affording them. His baby twins will enjoy growing up in their $14.0 million mansion in the heart of the English countryside. The home is a 17th Century Grade II mansion, located in Sonning-on-Thames, Berkshire. It is said that the property has a home cinema, security system, tennis court, gym, study, and an outdoor pool! With nine bedrooms, there’s lots of room for family and guests to visit. Apparently, the walls are lined with books, and the home has high ceilings with chandeliers. They have a huge backyard with lots of space, so the twins will certainly enjoy the room to grow and play.