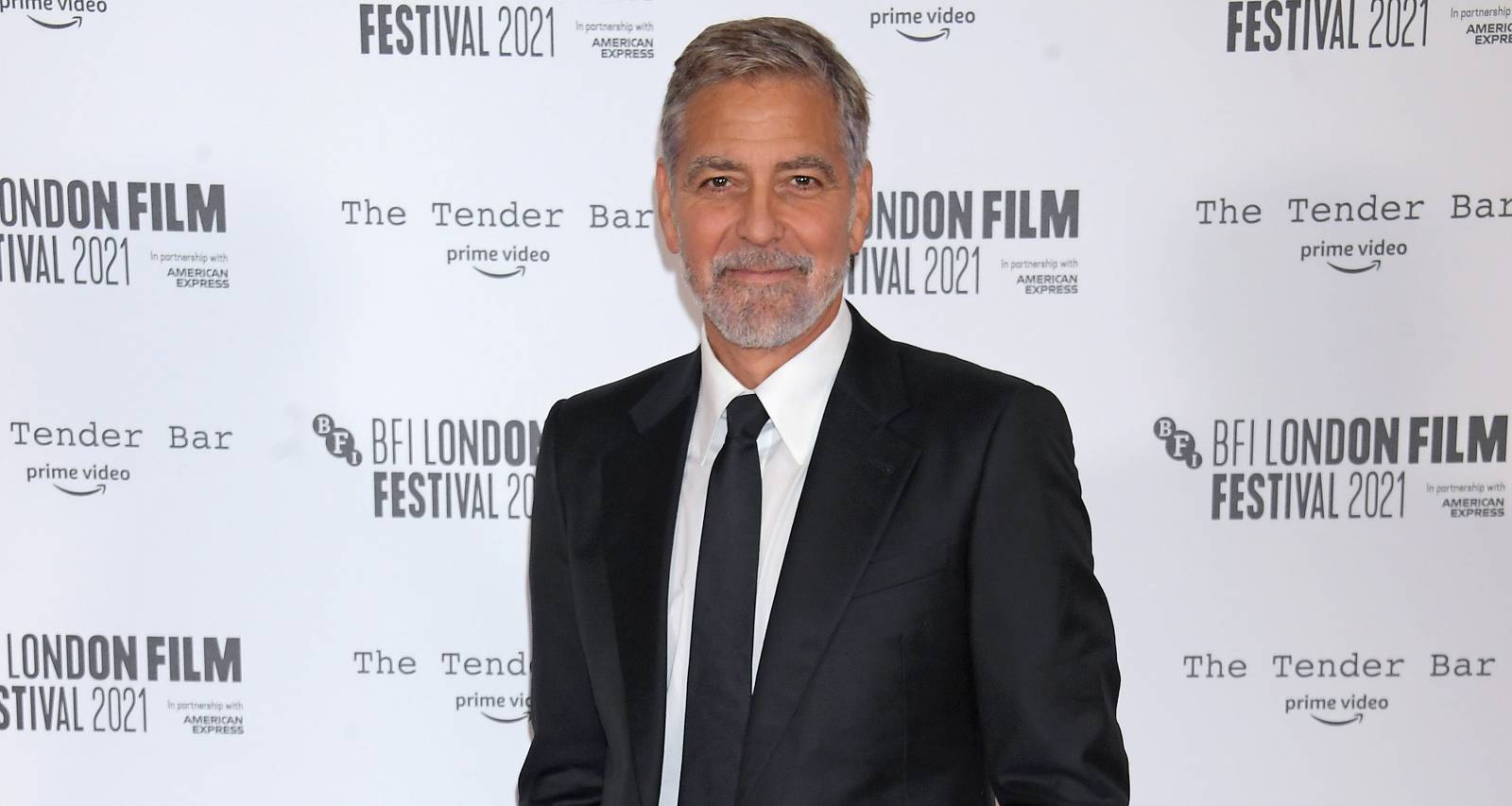 George Clooney attends the Premiere of "The Tender Bar" during the 65th BFI London Film Festival at The Royal Festival Hall on October 10, 2021 in London, England. (Photo by David M. Benett/Dave Benett/WireImage)

In honor of George Clooney‘s birthday on May 6, we’ve decided to take a look into the award winning actor’s life and get to the bottom of how George Clooney’s net worth came to be $180.0 million.

George Clooney was born on May 6, 1961—making his age a fresh 55—in Lexington, Kentucky, to parents Nick Clooney (TV newscaster and talk show host) and Nina Bruce (former Miss Kentucky pageant runner-up and council woman). Clooney attended Northern Kentucky University, majoring in broadcast journalism but didn’t graduate; however, we all know he found a way to be on camera soon enough. He made money selling women’s shoes, selling products door-to-door, and doing other odd jobs in order to make money until his big break.

Before Clooney marked his territory in Hollywood, he gained recognition on the ‘90s NBC hit medical drama ER as Dr. Doug Ross from 1994 to 1999. He would then make the move to star in films, which was clearly a promising and smart move on his part.

Clooney used to have a “one for them, one for me” philosophy when it came to choosing projects to feature in. Often times in Hollywood, actors don’t always get to choose their passion projects and get strongly advised to go where the money is and towards what will make the actor and the executives richer. But after being a powerhouse for so long, Clooney eventually learned to take on whichever films he wanted or choose not to work at all. After actors pay their dues in the business, they tend to have more freedom in their choices.

Aside from being known as the world’s most famous bachelor, Clooney’s fame and fortune widened when he starred in the successful Ocean’s trilogy in 2001, 2004, and 2007, respectively. Oceans’s Eleven, a remake of the classic Rat Pack film, netted Clooney a cool $20.0 million. His most lucrative roles were in films such as The Perfect Storm (for which he earned $8.0 million), Gravity (earning him $20.0 million plus revenue shares), and Intolerable Cruelty (earning him $15.0 million) cementing Clooney as a force of nature if he wasn’t already. With roles like those, it’s no wonder Clooney doesn’t have to worry about money ever again.

In 2002, Clooney made his directorial debut with Confessions of a Dangerous Mind, which, despite being a box office flop, was praised by critics for Clooney’s directorial promise. He continued on to direct critically acclaimed films as passion projects, including the moody biopic Good Night and Good Luck, for which Clooney took a salary of only $1.00!

In 2014, Clooney married the now Amal Clooney (nee Alamuddin), a 38-year-old British-Lebanese human rights lawyer, author, and activist. The power couple was married seven months later and their relationship is described as love a t first sight. The Clooneys were married in Rome, officiated by George’s friend and the former mayor of Rome (no big deal, right?).

Before marrying Amal, George was married to actress Talia Baslam from 1989 to 1993 and was seen as a confirmed bachelor for years to follow.

Many thought that Clooney would never walk down the aisle again or have kids but Amal changed all that. Reports say that the two are hoping to have a family, and in entertainment, having kids later in life just comes with the job.  The pair also had their honeymoon in Italy, away from prying eyes and has been inseparable ever since. Despite not being a celebrity, many consider Amal at the same height of influence and fame in her respective field, elevating her husband’s status. The Clooneys have been to many red carpets together from the Golden Globes to the Oscars and Amal has also shared her love of activism with her husband, raising his own awareness.

Ever wonder how a big star like Clooney lives? The Gravity star doesn’t have just one home but several, spanning from Los Angeles to England, where the couple currently lives. According to the Daily Mail, the Clooneys live in a $14.0 million mansion in the heart of the English countryside. The 17th Century Grade II mansion is located in Sonning-on-Thames, Berkshire, and is now ready for the actor and the human rights lawyer to move in after renovations were finalized. The property is said to have a home cinema, security system, tennis court, gym, study, and an outdoor pool. It also has nine bedrooms (because why not?), walls lined with books, and high ceilings with chandeliers. Neighbors in the village have complained about the noise from the renovations and the cameras. Aside from the complaints the two seem to have their happy ending in a castle fit for royalty.

In 2007 Clooney and fellow actor Don Cheadle were awarded the Summit Peace Award in Rome for their efforts surrounding the Darfur crisis. Despite being rewarded with such an honor, Clooney mentioned in his acceptance speech that he and Cheadle had failed because the situation was no better than when it started.

In 2008, Clooney, Cheadle, Brad Pitt, and Matt Damon teamed up with the United Nations to start Not On Our Watch, a non-governmental, international humanitarian aid organization based in the U.S. Its mission is to bring global awareness to human rights violations in Darfur and provide resources to assist in ending atrocities globally.

From actor to activist, there’s no role George won’t do without all of his heart, which in our eyes makes him priceless.

Breakdown of the George Clooney Net Worth

“George Clooney Net Worth,” The Richest, last accessed May 9, 2016; http://www.therichest.com/celebnetworth/celeb/actors/george-clooney-net-worth/.
Turnbull, Helen, “PICTURED: George and Amal Clooney’s $14 million marital home in the heart of the English countryside is finally complete after renovations to include a tennis court and swimming pool,” Daily Mail, April 10, 2016; http://www.dailymail.co.uk/tvshowbiz/article-3530525/PICTURED-George-Amal-Clooney-s-newly-renovated-10-million-marital-home.html.