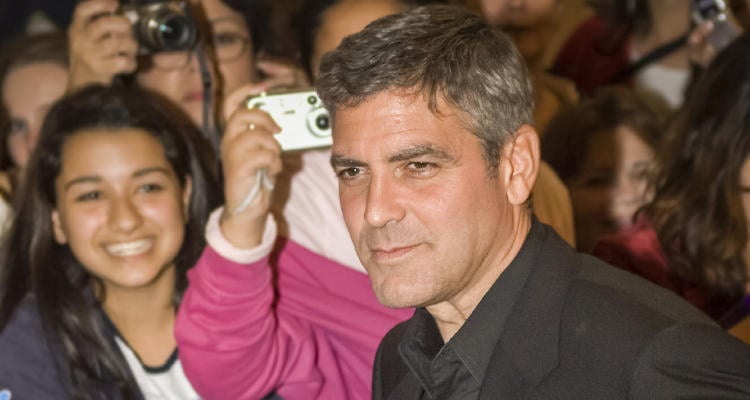 Knowing how to benefit his life by stepping out of his comfort zone is what George Clooney is really all about. Much like those select few and immensely popular celebrities who have significantly contributed to global concerns and causes, actor George Clooney has done his part as well. Hollywood superstar George Clooney’s humanitarian work is now benefiting refugees in troubled zones across the world. George Clooney’s speech at the Armenian humanitarian conference tells us how we are all here as “the result of someone’s act of kindness.”

George Clooney’s humanitarian work makes the actor more than just a highest-paid entertainer. The 54-year-old award-wining star recently decided to give rewards to the truly deserving ones. On Sunday (April 24), Clooney joined the Armenian president in Yerevan to honor those killed in Ottoman massacre.

Considering Clooney’s feat in charitable work far from home, similar work from other celebrities will make you believe how their intentions are much more benevolent than we’d have thought.

Celebrities Known for Their Humanitarian Feats

Besides being the front man and lead singer of U2, Bono’s altruistic work has earned him three Nobel Peace Prize nominations. He has helped create the ONE Campaign, Debt AIDS Trade Africa, and many more trusts that help the less fortunate.

Through her The Angel Network, Oprah Winfrey tops the list of female celebrities involved in humanitarian work. The TV billionaire’s philanthropy includes The Oprah Winfrey Foundation and The Oprah Winfrey Leadership Academy for Girls in South Africa, which support many causes like education, healthcare, issues pertaining to women and children, and climate change.

The upfront and frank Oscar-winning actor has actively participated in helping victims of the Haiti earthquake restore their lives. After 2010’s tragic national disaster, Sean Penn gave up film roles and dedicated many hours of his life to help the Haitian people restore their lives. His philanthropic work in Haiti won him the 2012 Peace Summit Award.