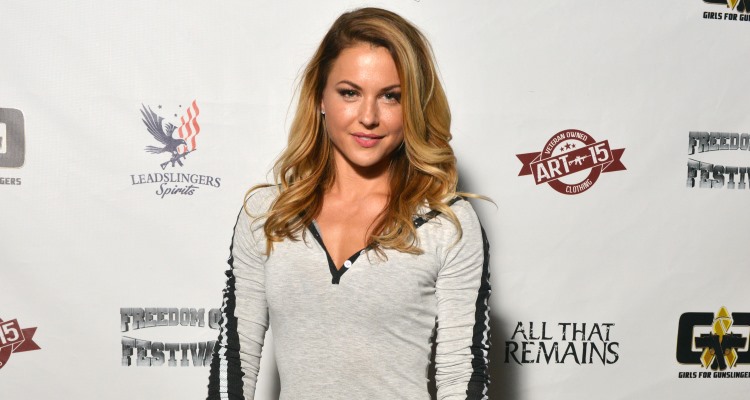 It’s been a question that’s been lingering around since the premiere, but it looks like the Big Brother star is engaged to Geoff Kercher! While we’re unsure of Geoff Kercher’s age, we suspect he’s around 33 years old after some online snooping. He proposed to Christmas in October 2016, and she shared the good news with family and friends by sharing a sweet snap on Instagram, captioned:

“My Knight in the Shadows has made it official! Never have I had someone who loved me for exactly who I am, the way he does. It feels so incredible to start the rest of my life with my best friend and partner. ???? #offthemarket #christmasandgeoff”

My Knight in the Shadows has made it official! ? Never have I had someone who loved me for exactly who I am, the way he does. It feels so incredible to start the rest of my life with my best friend and partner. ? #offthemarket #christmasandgeoff

The couple’s engagement comes just one year after Christmas Abbott and ex-fiancé Josh Holmes called it quits. Christmas featured Geoff Kercher on her Instagram page quite often, but there hasn’t been much sign of him lately. Kercher isn’t tagged in the photos we did find, and we weren’t able to track down his own page, so we’re not quite sure what the status of this couple currently is. Their wedding registry on TheKnot.com notes that the pair were set to get married in Raleigh, North Carolina, on September 3, 2017. But as we know, Christmas was still supposed to be in the Big Brother house then—so what’s the deal?

Fuelling rumors that she and Geoff might be on the rocks was the “single girl” demeanor she took on when first entering the house. Need a reminder about what we’re talking about? When she first met Matt, she said, “I see this silver fox, and I’m like, ‘what?’ I don’t know if I’m into older men, but I’m digging the silver.” Little comments like these led viewers and fellow houseguests to believe that she was totally available to pursue a show-mance—and other than her secret “fiancé,” she seemed like the perfect candidate for one, too. However, it’s still unclear whether Christmas Abbott went into the BB19 house with the intention to feign a single relationship status and use a romantic connection in the house to leverage herself into a position of power.

Could She Win this Season of Big Brother?

Regardless of her relationship status, the first female NASCAR pit crew member and CrossFit star definitely didn’t disappoint this season. There was a brief moment in the beginning where we thought she might not make it far after she was on the chopping block after the first episode, but thankfully she pulled through. However, Christmas Abbott was certain she’d get far in the game, as her bio read: “[I’ll] use my ability to read personalities and know what people need emotionally, so I can almost be a mentor. I will also stay under the radar as a threat or drama queen. The physical and mental games are the easy parts.”

The finale will pit Christmas Abbott, Paul Abrahamian, and Josh Martinez against each other—who do you think will be the winner of the final HOH competition? Let us know in the comments below! Tonight’s the down it all goes down, so be sure not to miss the finale on CBS at 8:00 p.m. EST!

Final 3, let's goooooo! Tag someone who always jacks your food?