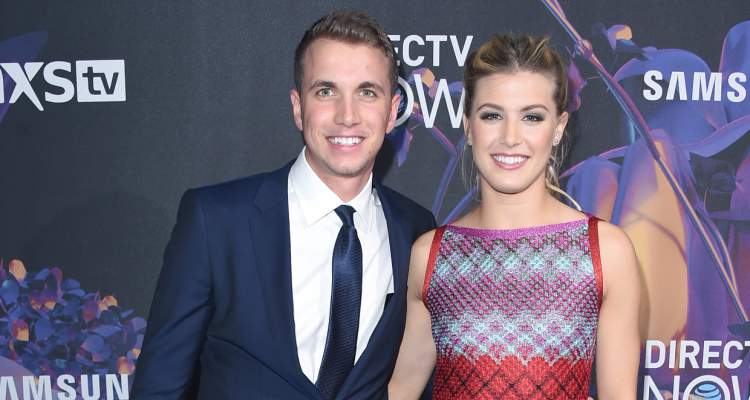 Rumour has it that Genie Bouchard has found a special someone! And we might just know who that is! Well, not just us, but everyone who follows her on social media has a hint as to who Genie Bouchard is dating. We’ve done some digging and got you some more details. Read on to find out who Genie Bouchard’s boyfriend is in 2018.

Born on February 25, 1994, Genie Bouchard is a Canadian professional tennis player. At the 2014 Wimbledon Championship, she rose to fame when she became the first Canadian-born player representing Canada in the finals of a Grand Slam in singles, in 2014. She finished as a runner-up to Petra Kvitová. She also performed her best and reached the semifinals of the 2014 Australian Open and 2014 French Open. In 2012, she won the Wimbledon girls’ title. Over the years, her performances got better and better and eventually she was named WTA Newcomer of the Year. For the 2014 season, she also received the WTA Most Improved Player award.

Her professional life has always been talked about, but lately, there have been talks about her love life, too. And who can blame people for buzzing—she’s blossoming into the most beautiful young woman! Let’s find out more about her dating timeline.

During last year’s Super Bowl, the Atlanta Falcons were leading 21-0 against Tom Brady’s New England Patriots. Bouchard responded to this with confidence and tweeted, “I knew Atlanta would win btw.”

Out of the blue, a student from University of Missouri, John Goehrke came up and tried his luck by asking her if she’d go out on a date with him if the Patriots won. Well, either the boy was a magician or had some really powerful luck because the Patriots won. Bouchard was true to her words and decided to stick to her promise!

The duo watched the Brooklyn Nets take on the Milwaukee Bucks, and seemed to thoroughly enjoy each other’s company. Well, that was only as far as everyone thought it would go. But no, in December, Bouchard posted a picture of the two cuddled up together on a sofa. Ummmm! No one saw that coming!

Genie Bouchard was dating the hockey star, Jordan Caron. She uploaded a picture of them enjoying a beach holiday in Majorca last summer.

So, is Genie Bouchard officially dating her Super Bowl date? Well, although it’s not official, she might be. Lately, she’s been seen with him rather often and we can’t help but notice that she looks extremely happy. She’s also been posting pictures with him on Instagram and the two look really close in a few of them!

Just recently, the NFL invited them to Super Bowl LII and they accepted. Bouchard even uploaded a picture captioned “A year later, we made it!”

However, while Genie hasn’t openly admitted to officially being “boyfriend/girlfriend,” the star has said on a few occasions that they have become close and are forming a great friendship. (There is a distance factor involved.) But who knows if it’s blossomed into something more? Don’t they say the best relationships start out as friendships?

We guess we’ll just have to wait for the official announcement!