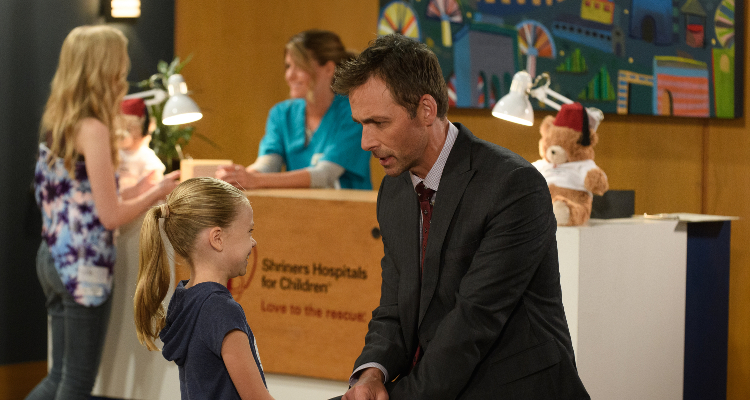 General Hospital won fans over from its very first season way back in the early 1960s and continues to enthrall viewers today. Interesting characters and intricate plot twists have made this show among the longest-running soap operas of all time. Today’s episode will see a rush of emotion in some characters while a torn priest battles his inner demons.

General Hospital is set in the fictional city of Port Charles, New York, and since the late 1970s, the story has mainly revolved around the Quartermaines and the Spencers. Several celebrity guest stars have appeared on the show including Roseanne Barr, James Franco, and the late Elizabeth Taylor, which has only increased the show’s ratings. In 2007, TIME magazine declared it as one of “100 Best TV Shows of All-TIME, ” and it still holds the record of winning the most number of Daytime Emmy Awards for Outstanding Drama with 13 wins so far.

General Hospital‘s October 11, 2017 episode will be an emotional day in the lives of many characters as a loved person is missed and remembered while an enemy is spurned. People are still unable to believe that Morgan (Bryan Craig) was killed in a car bomb explosion about a year ago. His parents, Sonny (Maurice Benard) and Carly (Laura Wright), are keep talking about their beloved son and are keeping Morgan’s memory alive. They started a foundation in his name to help people afflicted with mental illnesses as a way of showing their gratitude to those who helped Morgan after his bipolar breakdown. His sister Josslyn (Eden McCoy) remembers her brother and is still missing him.

Owner of a Dirty Secret

Ava (Maura West) is an unwelcome guest and has a problem with Laura (Genie Francis). The question is whether or not she will reveal her face to the Corinthos family to show that she is almost healed. She was the one who switched the pills that led Morgan to go into a downward spiral, culminating into him getting inside that car on that fateful night. With her almost healed, will Sonny give way to his hatred and make her suffer some more?

Griffin (Matt Cohen) has tried everything in his power to protect Ava from Sonny, but now his feelings for her are threatening to pull him under. He is torn between being a priest and standing up for Ava to protect her future as well. Meanwhile, Alexis (Nancy Lee Grahn) has a bad day when she finds out that Kristina (Lexi Ainsworth) has dropped out of school yet again. Alexis is angry and seems to be on her way to finding out that her daughter has still not gotten her degree because of her proximity to Parker (Ashley Jones).

All in all, it looks like it’s going to be another tense and emotional time for the folks in General Hospital in today’s episode. Despite its long history, the soap opera is still popular thanks to its interesting characters and minute plot turns and twists that pepper the show. So make sure you watch it to find out what will happen to your favorite characters!