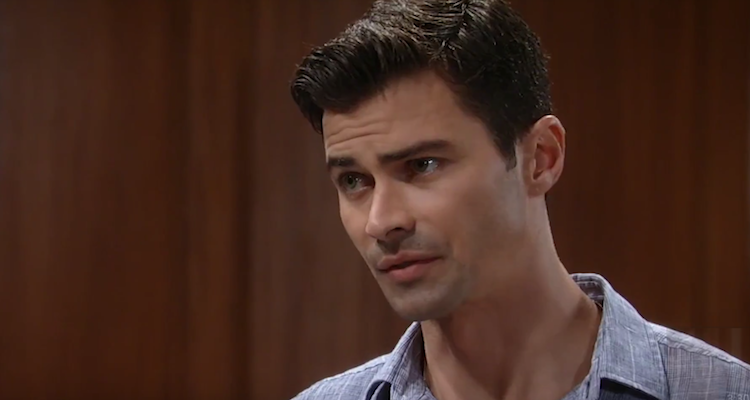 Is Ava Leaving for France?

It seemed like only yesterday that Ava got back from Russia, and now she’s looking to make another escape. Feeling guilty after signing papers exonerating Valentin for a new face, Ava makes plans to head to France to escape from her life. Just as she’s about to leave, Griffin shows up at her door. We’re betting that Ava’s flight has just been canceled. Don’t be surprised to see this storyline go on for a bit longer.

Carly talks to Michael about the foundation that he created in honor of Morgan, only to find out that there has been a huge donation made. And the person who donated this large sum of money? Unknown. Look for this to stretch out for a while as curiosity will eventually get the better of Michael and he will search out the anonymous Samaritan. And there’s a good chance that the Samaritan isn’t someone you would expect.

But Michael May Have His Hands Full

Curtis is currently in Florida investigating Nelle. He rings up Michael and tells him that he might have some information in regards to Nelle that Michael may want to hear. Nelle has been in the fire before and was able to talk her way out of it, but will the same hold true this time around?

Dillon feels that Kiki has been shutting him out and, given that he’s taken to rant to Nelle about, it looks like things have come to a boiling point in Dillon and Kiki’s relationship. We smell a break up in their future, but whether that’s going to be a short-term or a long-term break up has yet to be seen.

Avery was worth the risk Ava took when she stepped into the Perks courtyard. #GH #GeneralHospital

While this isn’t a spoiler per say, we noticed someone in the most recent episode that many people recognized but couldn’t quite place. The religious mentor of Griffin was really nice guy wasn’t he? That shouldn’t come as any surprise as he was played by actor Fred Grandy who spent nine seasons play nice guy Burl “Gopher” Smith on The Love Boat. He also spent six years as a member of the United States House of Representatives, representing the state of Iowa. Since leaving office, Grandy has done a few acting jobs here and there, most notably on the third season of The Mindy Project where his son served as one of the writers of the show. Our best guess is this is just a one-off appearance and we won’t be seeing “Father Gopher” as a regular cast member anytime soon but we’ve got to say, as fans of The Love Boat, this cameo was pretty sweet.

Where Do We Go from Here?

With General Hospital‘s October 12, 2017 episode taken care of, what’s going to happen next? Well, we don’t want to spoil everything but we have it on good authority that the following may occur on Friday’s episode.