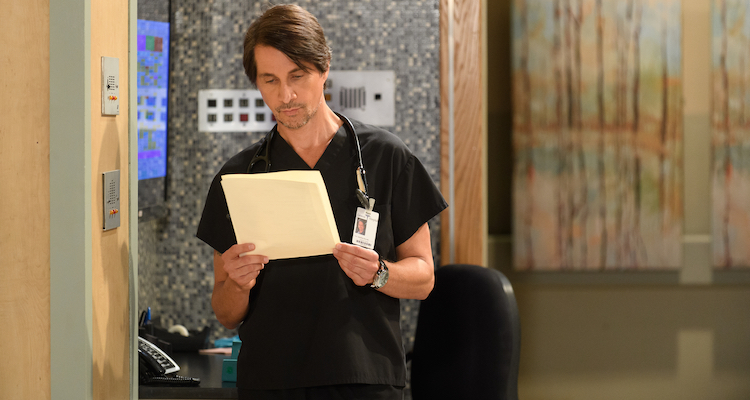 This year, General Hospital begins its 55th season making it one of the longest-running television shows in North America. The show’s celebrating 55 seasons of stories, lies, pregnancies, backstabbing, front-stabbing, alcoholism, drug abuse, weddings, funerals, business deals, medical mysteries, and everything in between. It’s amazing that the writers can come up with all of this, five episodes a week, 52 weeks a year, and makes you wonder: What’s coming up for General Hospital season 55? We’re going to take a look at what might be coming up but be warned, General Hospital spoilers may be contained within.

The Last of the Giants

Afternoon television used to be littered with soap operas. Now, it’s essentially down to four. To boil it down further, General Hospital is the only soap opera on ABC. General Hospital survived when shows like All My Children did not. This can be a good and bad thing. The good is that General Hospital has less competition and the fans are loyal. The bad news is, while fans still tune in every weekday, the show has to try and give them what they want and do that in new and exciting ways. After 55 seasons, that can be pretty hard. But it looks like the writers may still have a few things up their sleeves.

What’s Going on This Season?

We’d love to tell you spoilers for General Hospital 2017 but the truth of the matter is that, despite the Internet now spoiling more and more television shows and movies, soap operas tend to have their secrets locked up tighter than Fort Knox! That being said, there are a few things we can comment on.

There will most likely be a lot of drama revolving around Patient Six. What we know right now is that he was treated at a Russian facility after being shot. Patient Six is being played by Steve Burton, who played Jason Morgan until Burton left the show in 2012.

Would the Real Jason Morgan Please Stand Up?

Though Burton left the show in 2012, Jason Morgan returned in 2014 played by Billy Miller. But the show has been dropping hints that the current Jason Morgan may not be who he says he is. So, if Patient Six is the real Jason Morgan, who the heck is the current Jason Morgan? There’s a possibility that Miller’s Morgan might actually be Drew Quartermain, Jason Morgan’s twin brother! But what does that even mean? Has Drew been brainwashed to think he’s Jason? Or is Drew impersonating Jason for  a good or nefarious reason? Oh, the deliciously devilish drama of soaps!

The mystery of who Oscar’s father is should be revealed sometime this season, probably sooner than later. Who’s Oscar’s dad? That may be part of a whole other can of worms as there have been some rumors that point to Patient Six being Oscar’s father, but if that’s true, then what does that mean if Patient Six is really Jason Morgan? And who’s Oscar’s mother?

Port Charles has always been a land of mystery and intrigue. Hopefully, this General Hospital recap has your brain turning a little faster. Maybe you have theories of your own regarding Patient Six. Maybe the big drama around Oscar won’t be about his father but instead, will be about the identity of his mother! (Cue gasps.) Only time will tell in the world of General Hospital, and after having over 55 seasons of success, they must be doing something right!