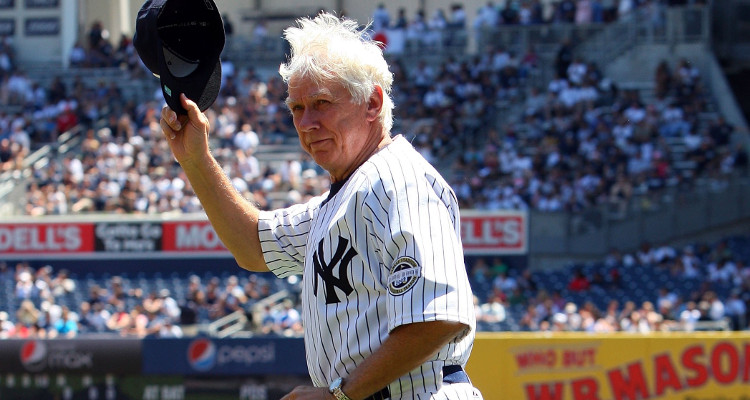 Gene “Stick” Micheal is dead at 79. The New York Yankees architect succumbed to a heart attack on September 7, 2017, and is survived by his wife, Joette, and their four children. With MLB nearing the playoffs, the Yankees are feeling a deep loss. Here’s everything you need to know about Gene Michael’s net worth and wiki.

The world has lost yet another icon, and this time, the Baseball nation is mourning the loss of the New York Yankees’ “sculptor,” Gene Michael. If you were a fan, you know how significant he was to the Yankees, and if you did not know who Gene Michael was, then we have everything you need to know!  What was Gene Michael’s cause of death? Get the facts about the man behind the Yankee’s dynasty, right here in our Gene Michael wiki!

Who Was Gene Michael?

Gene Michael was born on June 2, 1938, making his age, 79 at the time of his death on September 7, 2017. He went to Akron East High School in Ohio, and after graduating from there, he joined Kent State University. He played for the Kent State Golden Flashes on the Baseball and Basketball teams. In 1959, Michael was signed by the Pittsburgh Pirates and after seven years, in 1966, he made his MLB debut with the team.

After playing with the Pirates for a year, Gene Michael’s career was looking pretty good; first he “jumped ship” and was traded off by the Pirates to the L.A. Dodgers for Maury Wills. He played with the L.A. Dodgers for one year, and then signed with the New York Yankees. During Gene Michael’s Yankees tenure, fans loved him for his “hidden ball trick,” and he played with the team until 1974. His slim and lean stature earned him the nickname “Stick.” This was a really bad time to be a Yankees fan, and with all their losses, they let Michael go before the 1975 season. After that, he was picked up by the Detroit Tigers.

Following his brief stint with the Tigers, the Boston Red Sox signed Michael, but he never played a single game with the team. He retired shortly after that in 1976, with a batting average of .229, 15 home-runs, 226 runs batted in a total of 973 games played. His last MLB match was with the Detroit Tigers, and that was the end of Gene Michael’s playing career.

Devastated to hear about the loss of Gene Michael. We'll miss you dearly, Stick.

Gene Michael was 37 years old when he retired, and just weeks within his release, he became a coach for the New York Yankees! Under his guidance, the New York Yankees began finding a more stable ground, and their game plan improved drastically! Reggie Jackson gushed about coach Michael being the one who helped him hit three home runs in a 1977 World Series game. The coach was a hit, and the team started getting better and better as they moved further in rankings.

Gene Michael was then appointed as manager for the Triple-A team, and was promoted to general manager in 1980. The whole team looked up to Gene Michael and he was a guiding light for the New York Yankees throughout their dry spell, and later too. The New York Yankees won 92 matches and lost 76 matches during Michael’s time as coach and manager. He left to coach the Chicago Cubs in 1986, but returned to the Yankees in 1990.

He was the general manager of the new team again, and this time he moved things around to make a more effective team. Gene Michael was the one who came up with the Yankees’ “Farm System,” where they developed young players, instead of trading them away. He took to a proper recruitment of players, and under his tenure, stars like Andy Pettitte, Derek Jeter, Jorge Posada, and Mariano Riviera, played for the infamous Baseball team. This system proved to be profitable, and the results were seen from 1996-2000.

But Gene Michael was fired as manager of the Yankees because of the 1994 strike. The Boston Red Sox tried to talk Michael into recruiting him as the general manager of their team, but the Yankees did not allow it! This wasn’t the first time the Yankees had fired Michael, he was once fired back in 1981 as a result of a strike, as well. In 2003 though, Michael was promoted to vice-president and senior adviser for the Yankees.

Gene Michael married twice during his playing career, but he took things seriously with his second wife, Joette Corona. She is the daughter of Joseph A. Corona and Elizabeth Dingman, and they lived in Oldsmar, Florida with their four children; Mattew, Mark, Haley, and Sandra. The news of Gene Michael passing was given by his family. Gene Michael’s cause of death was a heart-attack, which occurred at his residence in Florida. The New York Yankees are reeling from the shock, and in honor of their coach, they have planned to wear black arm-bands for the rest of the MLB season.

Gene Michael was an inspiring player, with more than just the game attached to his name. He was a revolutionary in Baseball, and he once single-handedly pulled the New York Yankees out of a sink hole. His playing style trickled down to his coaching style, and it proved good for the team during the Yankees dynasty, as well. Though we’re unsure of Gene Michael’s exact net worth, we do know that an MLB manager gets a salary of anywhere between $2500,000- $5,000,000. And with Gene coaching one of the biggest named teams in Baseball, we can only imagine how much more they might have paid their vice-president! Rest peacefully, “Stick.”