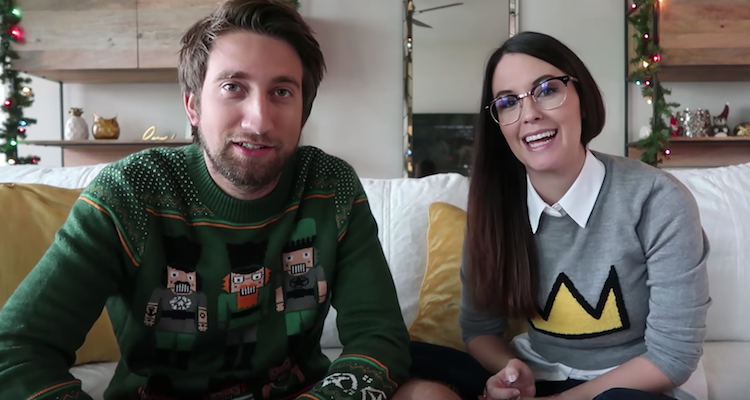 Up until recently, Gavin Free wasn’t a name known to many outside of the Rooster Teeth Internet community —or you maybe knew him as cosplayer, Meg Turney’s partner. Unfortunately, due to rather tragic and scary circumstances, Gavin Free is becoming better known to the outside world. In this Gavin Free wiki, we’ll explain who he is. From his career to personal life, if you weren’t familiar with who Free was before this article, you’ll have a better understanding of who he is and why the Internet is in an uproar over what happened to Free and Meg Turney.

A Brief Bio on Gavin Free

Born on May 23, 1988, in Thame in Oxfordshire, England, Gavin Free’s age is 29. His first major gig was working for Green Door Films, a company that was one of the first to use high-speed digital cameras, Phantoms, as part of everyday work.

Free, along with his friend Dan Grunchy, went on to create their Slo-Mo Guys channel for YouTube. There’s a good chance you’ve seen some of their work. They are two guys that film ordinary (a water-balloon bursting) and unordinary (an RV being hit by a wrecking ball) with a high-speed camera and playing it back in slow motion. Because of his expertise in slow motion, Free ended up working on a number of major films like Hot Fuzz, Sherlock Holmes: A Game of Shadows, and Dredd.

In 2008, Free began working for Rooster Teeth, a company that started off making videos for the Internet using the video game Halo as their animation system. Rooster Teeth grew into a multi-headed beast with numerous shows, projects, and live events.

Rooster Teeth used Free in numerous capacities. He directed a season of Red vs. Blue, and was an actor in several of their projects, including the film Lazer Team. He was also a host of numerous Rooster Teeth projects like Achievement Hunters. Finally, Gavin Free and Dan Grunchy brought The Slo Mo Show to the Rooster Teeth Network.

All of this hard work has financially paid off for Free, but how well has it paid off? Online sources list Gavin Free’s net worth at an estimated $5.0 million, but Free himself disputed this on an episode of the Rooster Teeth Podcast.

Gavin Free and his partner, Meg Turney first became a couple back in 2013. For good chunks of their relationship, the two were long distance as Free had to occasionally return to England and Turney (who is a model, host, actress, and cosplayer) was often on the road.

Like many women and men in the public eye, Free and Turney had to deal with the occasional stalker. Unfortunately, this past weekend, a man obsessed with Turney came looking for her at the couple’s home.

According to police, Christopher Giles drove 11 hours from Albuquerque, New Mexico to Austin, Texas with the intent to harm Gavin Free. Giles reportedly broke into Turney and Free’s home on January 26, 2018. Fortunately, the couple heard Giles in the home. The two hid in a closet and called 911.

What happened next is still a bit vague. Not finding the couple, the gunman returned to his car. Depending on the report, Giles was already dead from a self-inflicted gunshot wound when police arrived or, when police arrived, Giles shot at them causing police to return fire and kill him. After his death, police searched Giles’ phone. They discovered a number of notes that dictated a fondness for Turney and a hatred towards Free.

Luckily, police responded before Giles could hurt Free or Turney. The bothe of them are fine, but that’s some scary stuff nonetheless!