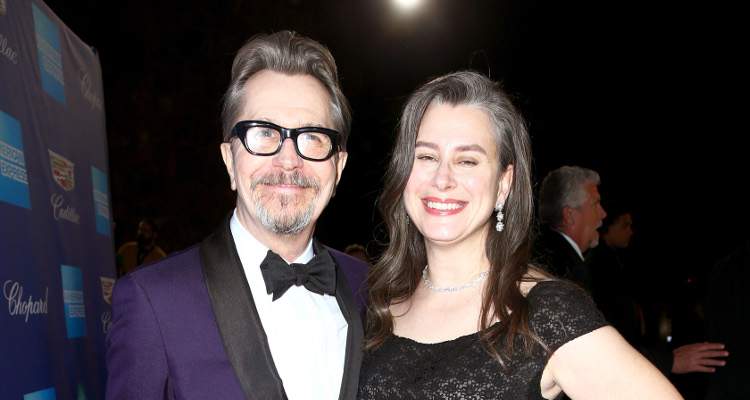 Gary Oldman proves time and again that he is a legendary actor. With his win at the Golden Globes, will he see an Oscar in March? The actor married for the fifth time in mid-2017, and fans are more curious than ever to know about Gary Oldman’s wife, Gisele Schmidt.

Gisele Schmidt has been married to Gary Oldman for just over four months now and is currently the talk of the town. Fans saw how happy she was at the 75th Golden Globes while her man won his well-deserved award for Best Actor in a Drama Motion Picture for his performance in Darkest Hour. Here’s more in Gisele Schmidt’s wiki.

Gary Oldman’s fifth wife is a writer and art curator. She is also a photographer, as seen on Gisele Schmidt’s Instagram page.

Schmidt was a coordinating producer for The Carnival of Dreams, for which her husband is an executive producer.

Gary Oldman’s divorce from singer Alexandra Edenborough was finalized in 2015, around the time he started dating Gisele Schmidt. The couple tied the knot in an intimate and low-key ceremony at Oldman’s manager’s home in late August 2017.

Oldman seems to have found his soulmate in Schmidt, and he hopes that this union will last.

“I’ve gone through my thing and we’re like peas in a pod,” Oldman said adding,  “I’m nearly 60 and at last I think I’ve come home.”

She Is a Mom

Schmidt’s Instagram bio says that she is a “proud mother to William, and wife of the inimitable Gary Oldman.”

Oldman has three children, of whom he gained full custody of Gulliver and Charlie Oldman after his divorce to Donya Fiorentino. His eldest son, Alfie Oldman, was born to Oldman’s first wife, Lesley Manville.

Charlie John Oldman is a model who walked for many top designers in the industry. He has his father’s looks, and we would not be surprised if he manages a seamless transition into film!

Meanwhile, Gulliver Flynn Oldman seems to have inherited his father’s love of photography. And Alfie Oldman worked behind the camera on many of his father’s films.

Oldman walked out on the red carpet hand-in-hand with his new wife, wearing black in support of the Time’s Up movement.

When Gary Oldman gave his acceptance speech, Gisele Schmidt was emotional with pride for her new husband. He thanked his wife and fellow nominees, adding that he was humbled by the award.